The 7 Laws of Emotions according to Nico Frijda 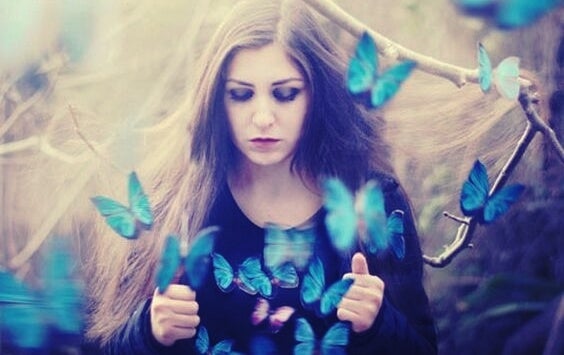 The psychologist Nico Frijda was a prestigious researcher. In 2006 he presented an article in which he explained what in his opinion are the laws of emotions. He intended to establish fixed patterns about emotions.

Emotions are realities that are difficult to classify. Finding common emotional patterns from one individual to another is even more complicated. However, from extensive research, Frijda postulated that there are general rules that can be applied universally.

The researcher himself pointed out that as with all rules, there are also exceptions. However, in his opinion, fixed patterns are more than just deviations. Although Frijda established 12 laws of emotions, we can combine them into seven. They are the following.

“Let’s not forget that small emotions are the great captains of our lives, and that these we obey without knowing it”.

For Frijda, emotions are the result of specific situations. They do not arise spontaneously, without starting points, rather they are derived from specific scenarios. As much as such scenarios exist only in the imagination, they are always associated with real situations.

Therefore, two similar situations generate the same type of emotional response. Thus, a loss leads to sadness and a gain to happiness. It does not matter what kind of loss or profit, the emotional response is always the same.

This is one of the most interesting laws of emotions. It postulates that people react emotionally to what we consider real. Not to what is real, but to that to which we give that quality.

It is the way of interpreting reality that gives rise to emotions, not reality itself. That is the reason why, for example, we can weep while watching a movie or we feel afraid when imagining a danger that is not actually there.

In this case there are three laws of emotions: change, habituation, and comparative feeling. The habituation law says that we always get used to our circumstances and see them as “normal”, even though they are not. Our emotional response to the usual is not intense.

This is one of the most baffling emotions. Think about how it is much harder to get used to negative situations. Our emotional response in this case is resistance and relative application of the law of habituation.

With positive situations the opposite happens to us. We get used to them much more easily. Therefore, and because we get used to it, positive emotions tend to be less intense each time until they disappear.

Negative experiences tend to maintain their emotional power for a long time. The impact they produce can last several years. Emotions are present, although the situation has already disappeared.

This remains unchanged until a similar situation arises and can be reevaluated in a positive way. That is, you have to go back to living and resolve the issue properly, so that the negative emotion disappears.

6. Closure and care for consequences

The closure law says that emotions tend to create an absolutist idea of ​​reality. When an emotion’s intensity is very great, we see everything in terms of white or black. We only appreciate one side of the problem.

Another of the laws of emotions is care for consequences. This indicates that people manage to modulate their emotions, depending on the consequences they may cause. For example, you can feel a lot of anger, but do not attack, unless the consequences are not serious.

7. The lightest load and the greatest gain

The lighter load law says that people can change their emotions if they interpret situations differently. A human being tends to look for the interpretations that help them to move away from negative emotions. For example, “if this bad situation happened to me, it is because something good is coming”.

The law of the greatest gain indicates that we seek to reinterpret situations to obtain an emotional benefit with this new point of view. For example, we feel fear of heights and assume that those who play with heights are really irresponsible.

The laws of Frijda’s emotions are a contribution to that long-term task of understanding human emotions. Although he postulates them as laws, in reality not all schools of psychology have admitted them to be so. However, this does not detract from their conclusions.

What Effect Do Emotions Have on Your Back?
Have you ever wondered if your emotions can affect your body? Well, there's a pretty clear answer: yes. And the part they affect the most is your back. Read more »
Link copied!
Interesting Articles
Educational Psychology
The Pros and Cons of Permissive Parenting

Psychology
The Psychology of Time: Why We Perceive Time in Different Ways

Sometimes time seems to go by so quickly, especially when we're feeling happy. When we're having fun, it flies by.…

Psychology
5 Habits That Lead To Success

I want to succeed, but how do I do it? Everyone is "programmed" in some way to want to achieve success in every area of life. However, even if we know…

Eye contact is a powerful means of communication. Through our eyes, we send conscious and unconscious messages that exert great influence in all kinds of encounters. They are part of…

Psychology
How to Cope with the Death of a Child

What I'd like people to understand about losing a child is that no one is prepared for it. That's why…