The 7 Best Quotes from Anaïs Nin

These quotes from Anaïs Nin reflect the soul of a woman who wrote and lived in an honest and profound way. She dared to be her own person, even if that went against societal norms. 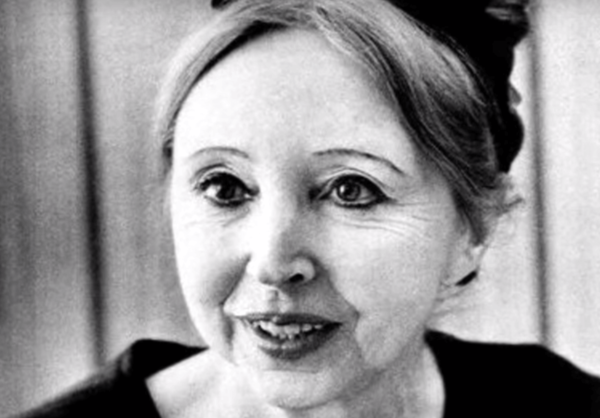 The most characteristic thing about these quotes from Anaïs Nin is their originality and honesty. Some of them are from the seven-volume set, The Diaries of Anaïs Nin (over 35,000 pages total). She started keeping a diary when she was 11 years old and never stopped.

Some of her most famous quotes come from her correspondence with Henry Miller. They started writing letters to each other when she was 27, which continued until her death. The two become one of the iconic pairs of the literary world.

“And the day came when the risk to remain tight in a bud was more painful than the risk it took to blossom.”

One of the most beautiful and uplifting quotes from Anaïs Nin is: “Life shrinks or expands according to one’s courage”. In other words, courage is what determines the scale and quality of your life.

She’s completely right. Fear confines you to the margins, whether you’re talking about ideas or spaces and experiences. Courage, on the other hand, is the force that leads you to cross borders and broaden your horizons.

2. The way things are

This quote from Anaïs Nin reflects the subjectivism that she ascribed to: “We don’t see things as they are, we see them as we are”. Thus, your reality is a personal construction.

Each individual “filters” reality through the lens of their desires, fears, and personal history. As a result, what you define as “real” isn’t exactly what someone else will see. Subjectivity determines how each person sees the world.

3. A quote from Anaïs Nin about love

Anaïs Nin wrote quite a bit about love. This quote is a favorite: “You cannot save people, you can only love them”. This realistic perspective is a sharp contrast to the more popular romantic view of love.

Romantics believe that love is the answer and salvation. In reality, however, everyone has to deal with their destiny, which is the result of internal and external factors. No one and nothing can change that. If you truly love someone, you’re not trying to change them. You just love them.

4. The world that you build

A lot of people believe that the only ones responsible for positive change are those around them or the world itself. However, the only person who can change your reality is you.

5. The death of love

Here’s another beautiful quote from Anaïs Nin about love: “Love never dies a natural death. It dies because we don’t know how to replenish its source”. The most interesting thing about this quote is her reference to the “source” of love.

Love isn’t born in a void. There are factors and motives that give way to love. The origin of love is where its essence lies. Thus, if you want to keep love alive, you need to return to its essence, time, and time again.

Anaïs Nin stated that “Shame is the lie that someone told you about yourself”. This sharp and profound observation gets at the heart of the hidden agenda of shame. First, she defines it as a lie, and then as something that comes from other people, not from yourself.

Shame only exists because someone outside of you points it out. When that happens, you feel like who you are, or what you’re doing, isn’t dignified, that you should hide it. Shame comes from the credit that you give to the opinion of another person who’s only seeing part of the story.

Death is a common theme in literature, and the writing of Anaïs Nin is no exception. She often reflected on it and its implications. Death was the inspiration for this simple but convincing statement: “People living deeply have no fear of death”.

Fear of death comes from confronting the possibility that you’ll cease to exist one day. That you’ll dissolve into nothingness. If you haven’t spent time trying to identify the driving force of your life, then you’ll be more afraid of death. Perhaps because you feel like there’s too much that you haven’t done, too many things that you haven’t dared to do.

These quotes from Anaïs Nin are just a small sample of her brilliant work. She was a writer who defied taboos and prejudices and had the courage to be herself. She embodied what she wrote about love, that it’s a universal, human feeling without barriers.

Now more than ever, books are accessible and even cheap. There are different formats (hardcover, paperback, mass market, digital) that…