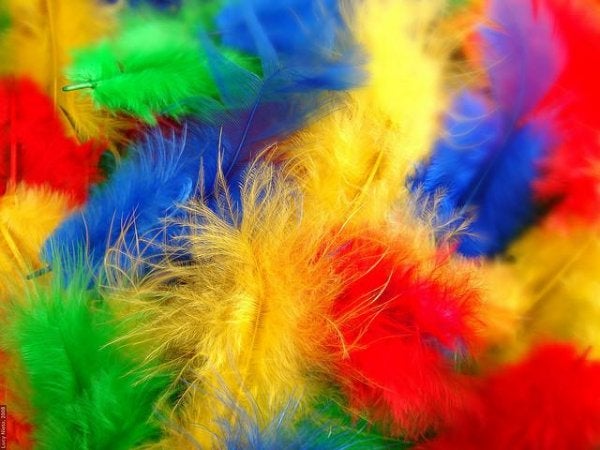 Imagine that your stroking a cat, and therefore also perceiving the taste of candy in your mouth. Or that as soon as you hear a Beethoven symphony, everything around you starts turning blue.

Well, the truth is that you’re not imagining it. You’re actually tasting candy and seeing everything turn blue.

That’s the amazing world of those who have synesthesia. Synesthesia is a combination of the senses. It’s a condition in which one sense is simultaneously perceived as if by one or more added senses.

For example, synesthetes can see sounds, touch a soft surface and sense a sweet taste, or smell colors.

It’s not a mere association or that they “seem” to see, hear or taste something: they truly feel it.

Even if the person loses a sense, synesthesia can continue. A person who hears colors, for example, can still experience this even while totally blind.

All of these perceptions are involuntary. If other people look at a white wall, it’s going to keep being white, whether they like it or not.

Synesthesia is something completely spontaneous that can’t be controlled. For years, it has fascinated both scientists and artists.

As for art, this blending of the senses has mixed the palettes of painters, written the sonnets of poets and composed the staves of musicians.

For example, the impressionist painter Kandinsky saw colors while listening to music and painted symphonies.

Or the symbolist poet Rimbaud, who wrote poetry with correspondence between vowels and colors.

This is, incidentally, the most common type of synesthesia: associating letters or numbers with a specific color.

For those who experience this phenomenon, it’s safe to say that their “wires” are literally crossed.

According to scientific studies, synesthesia arises when there is a cross-activity between parts of the brain that are responsible for processing the senses.

This condition can be genetic, occur during fetal development, or occur as a result of using drugs such as LSD, hallucinogenic mushrooms or other psychedelics. It also occurs in autistic people and those suffering some form of epilepsy.

While suffering from depression, the synesthetic experience these feelings with much greater intensity.

It’s estimated that one in two thousand people has this condition acutely, and one in twenty has a mild form.

But no precise data has been found for one simple reason: those who experience synesthesia aren’t aware of their condition, sometimes for years. This is simply their way of perceiving the environment, and until they share their perceptions, they don’t realize that they live any differently.

Synesthesia isn’t a disease or a disorder. It’s just a peculiar way of savoring the world.

Some studies even indicate that it promotes an array of benefits in terms of creativity and memory.

So if you have synesthesia, simply savor the sounds, enjoy how that scent looks and caress the colors around you with your fingers.

Being your authentic self is much harder to achieve than it may seem. Day in and day out, we are…

Psychology
Collective Memory and Stories from Our Grandparents

Some stories deserve to be shared. From the beginning of time, stories have passed down from generation to generation. It's…

Friedrich Nietzsche once said "There is always some madness in love. But there is also always some reason in madness".…