According to a Study, Mindfulness Can Relieve Pain

It might sound like pseudoscience, but a new study stated that mindfulness can actually help relieve pain. In this sense, there are more studies that back this up. 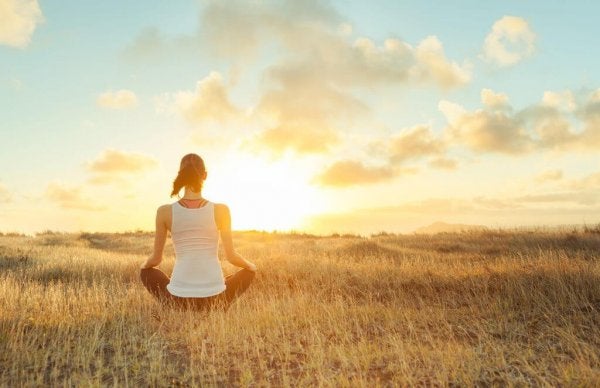 Yet another study found that it could help people with chronic inflammation, like rheumatoid arthritis or inflammatory bowel disease. The reason for this may be that psychological stress plays a large part in those conditions.

But what parts of our brains are responsible for this pain-killing effect? A new study lead by Fadel Zeidan, assistant professor of Neurobiology and Anatomy at Wake Forest Baptist Medical Center in Winston-Salem, North Carolina, is trying to find that out.

Zeidan says that mindfulness is about being conscious of the present moment, without emotional reactions or judgment. Some people are better at this than others, and they seem to feel less pain.

What the researchers wanted to find out was if a predisposition for mindfulness had a link to lower pain sensitivity and what brain functions played a part if that was the case.

They studied 76 people who had never meditated before. They evaluated the participants’ mindfulness levels using the Freiburg Mindfulness Inventory. This test measures the non-identification of thoughts with feelings, acceptance, openness, non-reactivity, comprehension of mental processes, and observation of the present moment.

Then, the researchers used painful and non-painful heat levels to stimulate the participants’ brains. They used magnetic resonance imaging (MRI) to observe their brain activity. They worked on the assumption that innate mindfulness correlated with lower pain sensitivity and lower activity in a brain circuit called the default mode network (DMN).

There are several interconnected parts of the brain in this network, all of which are active during rest periods. Rest periods are when you’re not paying any attention to the outside world and are lost in your head. Key brain regions in the network include the posterior cingulate cortex, the prefrontal medial cortex, and the angular gyrus.

Meditation and the default mode network

Meditation is an attention exercise that focuses on your immediate experience. When you meditate, you push away distractions like self-referential thoughts and mind-wandering.

Unsurprisingly, researchers have linked meditation with lower activity in areas of the brain involved in processing self-referential thoughts. These areas make up the default mode network. Experienced meditators also show much lower activity than non-meditators.

Along those lines, they have also linked mind wandering with higher DMN activity. Those who show lower DMN activity while meditating also have a better concentration. Early research has suggested that meditation slows down the DMN.

But how can mindfulness relieve pain?

This new study found that innate mindfulness had a link to lower posterior cingulate cortex activity levels. Conversely, those who reported the highest levels of pain showed higher activity levels in this region. Zeidan says that the DMN shuts off when we do things like read or write.

He also says that it turns back on when we stop those tasks and go back to processing thoughts, feelings, and emotions.

“The results from our study showed that mindful individuals are seemingly less caught up in the experience of pain, which was associated with lower pain reports,” said Zeidan. He also stated that: “Now we have some new ammunition to target this brain region in the development of effective pain therapies”.

He hopes their mindfulness research will eventually help people relieve chronic pain: “Based on our earlier research, we know we can increase mindfulness through relatively short periods of mindfulness meditation training, so this may prove to be an effective way to provide pain relief for the millions of people suffering from chronic pain”.

What Does Science Say About Meditation?
Meditation has become so popular that it has become part of our lives in many environments, and with different objectives. And it's not without reason. Read more »
Link copied!
Interesting Articles
Psychology
Love: If You Give It, You'll Receive It

Psychology
8 Steps to Help You Find Your Passion

Pursue your dreams. Follow your own path. Do what you love. How many times have you heard or read things…