Steven Pinker is a multi-faceted figure who has made some major contributions to both psychology and linguistics. This has brought him recognition as the father of evolutionary pscyhology. 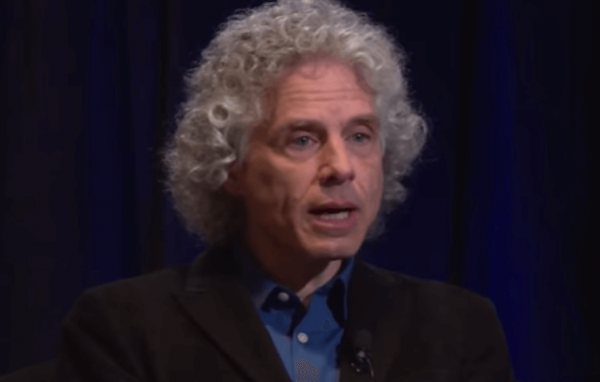 Steven Pinker, born in 1954 in Montreal, is considered the father of evolutionary psychology. He’s also an important scientist, linguist, and writer.

He has made major contributions to perception and language development in children. For all these reasons, we want to tell you a bit more about the life of Steven Pinker and some of his most interesting books.

The life of Steven Pinker

Steven Pinker was born into a Jewish family. His father was a lawyer and his mother was a high school counselor and vice-principal. His sister is a child psychologist and journalist and his brother is a political analyst.

In 1979, Steven Pinker earned his Ph.D. in Experimental Psychology from Harvard University. From there, he managed to get a job as a researcher and professor at Stanford University and the Massachusetts Institute of Technology.

From 1994-1999, Pinker was the co-director of the Center for Cognitive Neuroscience. He’s currently working as a professor at Harvard and continues to research and write. He also takes part in many debates and conferences about science and humanity.

“Nothing invests life with more meaning than the realization that every moment of sentience is a precious gift.”

At the beginning of his professional career, Steven Pinker focused on researching language and language development in his son. He wanted to give some support to Chomsky’s theory that language is a formal, universal, and innate mechanism, entirely non-pragmatic nor semantic.

Although he agreed with Chomsky that language was innate, Pinker thought that it relied on cognitive processes such as memorizing words and learning how to use them with grammatical rules.

One of his best books is The Language Instinct: How the Mind Creates Language. But there’s another book worth mentioning: Words and Rules: The Ingredients of Language.

On top of his interest in linguistics, Steven Pinker researches human behavior. In fact, one of his most famous books is called The Better Angels of Our Nature: Why Violence Has Declined. He has also focused a lot on theories on the human mind. His main books there are How the Mind Works and The Blank Slate.

That’s not all, though. Pinker has also written many essays on language and the mind. Some big ones are “The Rules of Language”, “Language as an Adaptation to the Cognitive Niche”, and “So How Does the Mind Work”. They’re all fascinating and important articles worth reading.

Everything Pinker has done hasn’t gone unnoticed. In 2004, the famous magazine Time named him one of its 100 most influential people world. The magazines Prospect and Foreign Policy also named him one of the 100 most important intellectuals in the world in 2005.

But we can’t leave out the fact that Steven Pinker has also received a whopping nine honorary doctorates from various universities. He’s also the current president of the Usage Panel for the American Heritage Dictionary and writes articles in renowned places such as The New York Times, Time, and The Atlantic.

“Obviously no language is innate. Take any kid from any race, bring them up in any culture, and they’ll learn the language equally quickly. So no particular language is in the genes. But what might be in the genes is the ability to acquire language.”

To sum things up, Steven Pinker studies the human mind, language, and behavior. The articles he writes are fascinating and very current. If he sounds interesting to you, we certainly encourage you to read some of his work!