Sobekneferu was the first officially confirmed queen of Egypt. Her gender-breaking life and rule are worthy of praise and deserve to be more known. 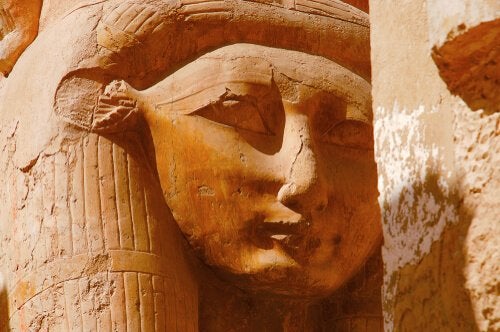 Sobekneferu, meaning “the beauty of Sobek”, is the first female pharaoh. As you would expect, Sobekneferu’s life was filled with amazing and shocking moments that are also truly inspiring. She was a woman who took over a male-dominated role.

Sobekneferu made use of her strong personality, determination, sharp intellect, and tactical knowledge. A groundbreaking ruler, she worked hard to win her people’s respect because she basically stumbled upon a power position that mostly men occupied.

Sobekneferu was the last ruler of the Twelfth Dynasty of Egypt. Her older sister, Neferuptah, first to inherit the throne, died before her father, Amenemhat III.

Sobekneferu ruled for three years and ten months. Her architectural achievements were very important in Ancient Egypt. These included Amenemhat III’s funerary complex, known as The Labyrinth of Herodotus, and buildings in Heracleopolis Magna.

Old records speak of her perseverance. Her courage, strong character, and intelligence made her one of the best rulers of Ancient Egypt.

What’s so Special about Her?

Sobekneferu didn’t conform to Ancient Egypt’s gender rules. Although she’s represented in male clothing, she used female pronouns in her titles. Not all female rulers did this or agreed to do it. Several of her portraits and statues show her with unusual clothes and symbols of power. She tried to normalize women in high places and equalize male and female symbols.

In a time where being a woman was considered shameful, Sobekneferu tried to pretend she was a man. It’s likely that her efforts on feminizing old symbols were a way to silence her critics. In Ancient Egypt, they believed men to be superior.

Thus, the mix of male and female markers was probably to keep the image of the classic and honorable pharaoh, but with the added bonus of having been a woman. She’s an example of strength and persistence in the fight for gender equality. We can all be the rulers of our own lives, commanders of our destiny.

Just like Sobekneferu, a strong will to succeed is all we need to come down in history.

Alpha Women: Their Talent and Motivation Opens Doors
Alpha women are everywhere these days. They are talented, sure of themselves, assertive, and they know what they want to achieve. Not only that, but their empathetic leadership and social cohesion are more intuitive than the classic alpha male. Read more »
Link copied! Next
Interesting Articles
Culture
Traveling Improves Your Brain Health

The things you do with your hands have a direct and immediate effect on your brain. A good amount of…