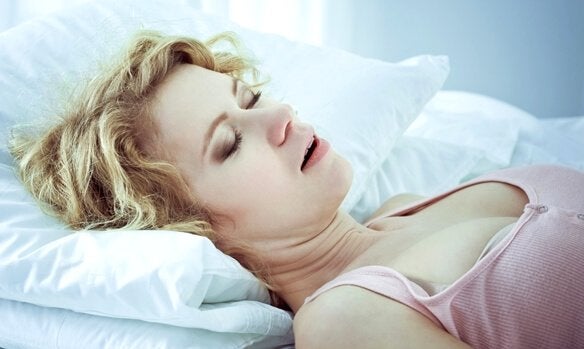 They say that sleep apnea is a disease that robs a person of oxygen and steals days from their life while they sleep. It’s more than just snoring. Apnea affects almost 5% of people and is associated with an increased risk of other diseases, too.

Some physiological processes that we think are normal are actually neither normal nor healthy. Some say that we all snore at night, especially men, and that it’s nothing you need to go to the doctor for. That is not true. Sleep apnea is actually a serious condition — and more common than we think. It affects men and women equally and the consequences can be huge.

It’s a mistake to say you don’t need to go to the doctor for snoring. Sleep apnea can even be fatal, and there is a simple reason for it. Sleep apnea is when breathing is suddenly interrupted during sleep. The person may stop breathing for 5, 6, or even 10 seconds. Their body then automatically restarts the breathing process, without waking up.

It may seem harmless at first, but you have to bear in mind that it happens repeatedly, sometimes over 20 times an hour. Now you can see why the consequences are so serious, more so if we picture it happening night after night.

It is not harmless. The idea that it only affects men is false as well: there are studies that show that both men and women experience this syndrome in equal numbers.

What is sleep apnea and what are its symptoms?

Many people have it and don’t know it. People don’t hear their own snoring or notice the sudden interruption in breathing. But when an interruption occurs, airways narrow, causing the lungs to collapse as air stops reaching them. The body stops receiving oxygen, CO2 levels rise in the blood, and the brain stops oxygenating for 7 to 10 seconds.

After a while, the person breathes again, after a much louder than normal snore. It’s like someone who comes up for air after swimming or finally breathes again after choking. Based on the number of interruptions per hour, the condition can be classified into 3 categories:

There are several causes associated with sleep apnea. When you think of it, you might picture a middle-aged, overweight male. Someone who snores at night and wakes up exhausted and unable to function without coffee. Well, it should be said that it’s more nuanced than that, and that the disorder has many origins:

We will stress again: sleep apnea affects both men and women. However, for women, it is more common after menopause, when the various metabolic changes contribute to the problem.

The main effect of sleep apnea is obvious: the person does not get a good night’s sleep, and so they’re drowsy and fatigued during the day. In serious cases, they feel totally unable to go about their day, their exhaustion is so extreme.

Treatment will depend on the patient and the cause. For example, if it’s caused by hyperthyroidism, treatment will differ from a case caused by a deviated septum. That said, here are the most common treatments:

Finally, in the most serious cases, surgery will be done to correct breathing during sleep. As you can see, treatment will be customized for the person, but the aim is always to improve the quality of their sleep and ultimately their life.

Insomnia: A Nighttime Monster
their path. Fortunately, these childhood monsters are imaginary, but there is a real monster that appears at night for both children and adults: insomnia. Read more »
Link copied!
Interesting Articles
Literature and Psychology
J.R.R. Tolkien: A Life in Books

Culture
The Benefits of a 10-Day Silent Retreat

I could write dozens of articles on the benefits of a 10-day silent retreat. I could spend hours and hours…

Despite being a victim to incessant bullying, the protagonist of this article, Lizzie Velasquez, drew strength and keep moving forward.…