And Since He Didn’t Know It Was Impossible, He Did It 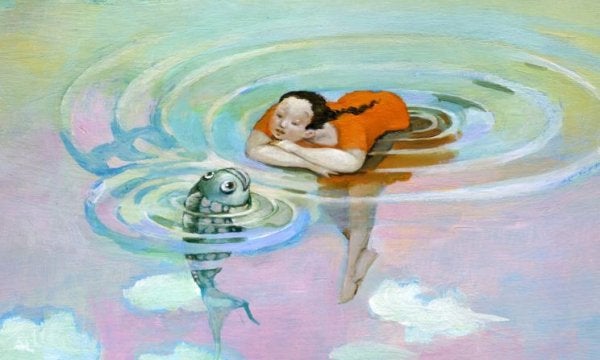 How many times have you stopped yourself along the way because someone told you not to go on, that you would never reach your goal? All of us probably have at least once in all sorts of situations.

I’ve seen tremendous cases of disapproval. Teachers, mothers and fathers, siblings, friends, all hell-bent on making someone out to be completely worthless.

And it’s true, it’s happened to all of us. There are countless things that we’ve never done throughout our lives because we were told that we couldn’t do it and we believed it. It’s astounding how many possibilities life has offered us that we never even tried to take advantage of because we already “knew” ahead of time that we weren’t going to be able to achieve our goal.

There are many ways to discourage someone, each one more painful than the last. I’ve heard people say hundreds of times, “you’re not going to manage it,” “don’t waste your time,” “you’re wasting your life,” and a multitude of other such phrases.

But most of the time, it’s something very subtle. Discouraging glances — sneering and mocking ones, desperate and misunderstanding ones — at the colossal effort that heroes big and small have made to achieve something.

There are people who think that they will never manage to learn a language, get in shape, overcome their shyness, win a trophy, or learn to drive. We have seen it countless times…and we have also watched thousands of times as the most destructive and fatal warnings came from family or school. Why? When we are little, what others tell us forms our identity and the image that we have of ourselves.

We are all guilty of killing dreams on a regular basis (even knowing that it is crippling and trying to avoid this).

But the truth is, anything is possible. Even if it cannot be done one way, it will be done in another. As Edison said, “Those who say it cannot be done should not interrupt those who are doing it.” We can do whatever we want if we just try hard enough, because wanting does not always mean being able to, but it certainly helps and is the only way to achieve it.

Once upon a time, there were two boys who went ice-skating on a frozen pond. It was a cold, cloudy afternoon, but the boys were playing without a care in the world. Suddenly, the ice broke and one of the boys fell into the water, trapped. The other boy, seeing that his friend was drowning under the ice, took a stone and started slamming it into the ice with all his might until he managed to break the frozen layer. He took hold of his friend and saved him.

When the firefighters arrived and saw what had happened, they wondered how he did it, for the ice was very thick.

“It’s impossible for him to have broken it with that stone and his tiny little hands,” they claimed.

At that very moment, an old man appeared and said:

“There was nobody around to tell him he couldn’t do it.”

Everyone should apply today’s story to their own lives and break the ice to save themselves from a sure death. Inside each and every one of us is the strength to fall a thousand times and get up a thousand and one. We have the courage to confront pain and put the pieces back together where others broke them.

Those of us who pursue an objective know that setting goals is the first step, turning a deaf ear to the dream-killers the second, and reaching a point of no-return the third; that is to say, the moment when the only option we have left is just to achieve it.

So if you want to go where the majority has never gone, you need to do something that the majority doesn’t do: believe in yourself!

Link copied!
Interesting Articles
Wellness
How to Spot a Friend Who’s Not What They Seem

= Oftentimes, it is just plain difficult to differentiate between an authentic purse and an imitation. They have the same…

Sometimes all we need is a hug and a caress at the right time, without words they tell us "I'm…

Wellness
We Turn Cold to Survive

Wellness
You Are What You Make Me Feel, Not Just What I Can See

People aren't simply what we see at first glance. People are what they make us feel through their luminous glances,…

Wellness
Seeking Someone Who Does Not Want To Be Found: Indifference

I've noticed that someone has been waiting for me for a long time. That someone is me. It's time to…