How Can Shrek Help Us Understand Solitude?

Shrek is an ogre who lives in a swamp. Suddenly, something comes along and destroys his happy solitude. But does being alone really make him happy? Or is his isolation a result of something else? 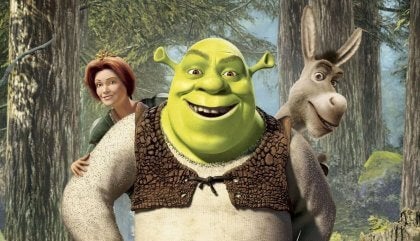 Living as part of a community is natural for human beings. At one time, we did it for survival. We needed to defend ourselves from animals and rival tribes and produce enough food. Cities and towns offered protection for their inhabitants. They also offered safety and a sense of belonging. Even today, people search for the kind of refuge that living in a community offers. In this context, understanding solitude can be a bit tricky. Is being alone a bad thing?

What happens if someone thinks they’re strong enough to defend themselves from imminent dangers? Does that person not need to live in a community? Do they need friends? In this article, we’re going to study the effects of solitude by analyzing the movie Shrek.

Shrek: The ogre who lives in a swamp

Shrek is an animated DreamWorks movie that was released in 2001. Its main character is Shrek, an ogre who lives in a far-away swamp in the middle of the forest. He’s totally satisfied with his life and loves the solitude of his home.

However, one day Shrek’s precious solitude is unexpectedly interrupted by an invasion of irritating fairytale characters. The evil Lord Farquaad stole all of their lands and exiled them from the kingdom.

The ogre, desperate to save his home, makes a deal with Lord Farquaad. In exchange for returning the fairytale characters to their homes, Shrek promises to rescue Princess Fiona. Consequently, Shrek embarks on a very long journey. His companion on his quest to find the princess is a donkey whose name is Donkey.

Understanding solitude and its advantages

People often think that you’re a failure if you’re alone. This isn’t true. Solitude is a transitory state that people can voluntarily choose.

Sometimes, voluntary isolation results from the desire to be in charge of your own life. You want to be authentic and not wear any masks or disguises. Chosen solitude can lead to personal growth and can also help you complete projects and reach goals.

Here are some of the advantages of choosing to be alone:

In the movie, Shrek goes looking for the beautiful Princess Fiona, who is locked up in a tower that’s guarded by a dragon. When Shrek and Donkey free her from her terrible captor, she’s thrilled. This happiness, however, vanishes when she discovers that an ogre, and not a prince, saved her.

On their journey back to Lord Farquaad’s castle, Shrek and Fiona discover that they have a lot in common. They fall in love during the trip, but the princess hasn’t revealed her secret to him yet. Fiona is under a spell. Every night, she turns into an ogre just like Shrek. In the morning, she becomes human again.

Donkey is the first to discover her secret. Fiona explains that she was cursed when she was a little girl, and only true love’s kiss can free her from the spell. Shrek overhears part of the conversation between Fiona and Donkey, but he misunderstands it and feels betrayed.

In spite of having spent a long time by himself, Shrek isn’t very self-aware. Solitude can be good for introspection, but it’s obvious that Shrek hasn’t taken advantage of this opportunity. Thus, Shrek lacks the necessary skills to define or express his needs and feelings.

Consequently, when Lord Farquaad takes Fiona to his castle, Shrek returns to the swamp worried and lonely. He feels bad that he didn’t tell the princess how he felt, even though he’s sure that she was disgusted by him.

The swamp becomes a self-imposed prison. The solitude that made Shrek happy before is now making him miserable.

The end of loneliness

Shrek quickly realizes that, in spite of the fact he got his home and solitude back, he’s completely miserable. He misses Fiona and Donkey’s company. However, the ogre has low self-esteem. He doesn’t believe that he deserves good things.

Shrek, like many people with low self-esteem, felt compelled to reject other people. Their bad self-image leads them to feel incapable of relating to others. This seems to be the reason behind Shrek’s solitude. It doesn’t seem like he freely chose to be alone. On the contrary, he chose to isolate himself because he was afraid to suffer or get hurt.

Lonely people have to work on feeling deserving of others company. There’s nothing wrong with wanting to be alone as long as you’re freely choosing it and not because you’re afraid. In Shrek’s case, when he finally felt deserving of other people’s affection and love, he decided to spend time with Donkey and Fiona.

When solitude is imposed, people usually relate it with negative emotions such as sadness. However, as we said before, being alone isn’t necessarily bad. It’s only bad if it’s not what you want.

Don’t be afraid of being alone. Take advantage of those moments to get to know yourself better. Work on being a better person and figuring out what you want in life. On the other hand, if you want to spend more time with other people, get to work on making it happen. At the end of the day, all of us are worthy of being accepted by others.

Princess Fiona is Her Own Heroine
Shrek is a series of animated films that started in 2001 with a movie of the same name that was created by Dreamworks. Read more here! Read more »
Link copied!
Interesting Articles
Cinema, Television, and Psychology
Discover the Cult German Film, Christiane F.

Christiane F. is a film by director Uli Edel. Widely recognized as one of the most successful European films of…