Seven of the Best Movies About Depression 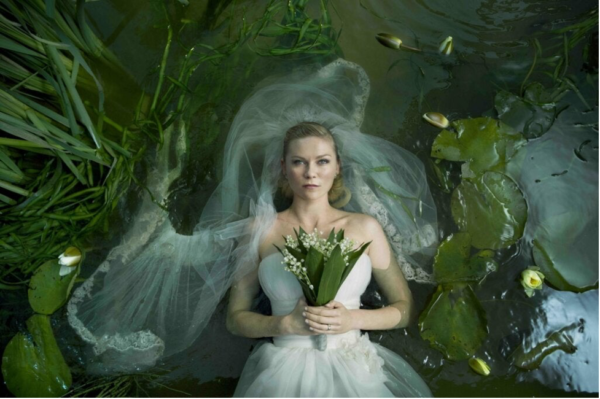 Making a list of the best movies about depression is quite a tricky business.  Indeed, the big screen certainly doesn’t shy away from any of the debates surrounding this topic. When considering depression, individual differences play a very important role. But movies don’t always tend to specify that characters actually have the illness. For instance, the symptoms of depression might simply be portrayed via certain behaviors or actions.

Therefore, this lack of specificity might sometimes mean the disorder becomes somewhat watered down. However, the best movies about depression tend to be the ones that show an unknown aspect of the disorder. Or perhaps a new way of looking at it with new ways of coping with it. In fact, the best movies about depression make you realize that there’s more to it than simply sadness. Indeed, it isn’t just a homogenous group of symptoms and each person might experience it differently. Thus, cinema can help you understand this complexity.

Seven of the best movies about depression

The movies that correctly deal with depression show you that anyone can fall victim to this disorder. In fact, they demonstrate that it’s a complex psychological illness that might seem a physical illness with lots of symptoms from the outside.

On the other hand, at times, they show depression as a dysfunctional pattern of behavior that stops you from living the life you want. Maybe because the positive reinforcements that might have worked for you in the past are no longer effective.

Here are seven of the best and most original films to help you understand depression:

Little Miss Sunshine is a black comedy that demonstrates depression can be a family affair. With the exception of Olive, the main character, and her youngest daughter, all the members of the Faris family are suffering from various mental issues. Their fragile mental health means that they often attack each other, making their depression worse.

The only two characters in the family who are really “happy” are Edwin and Olive. These two people, one at the beginning and one at the end of their life, share a deep bond. The character of Frank introduces the terms “depression”  and “suicide” to the young Olive, who starts to worry about things like depression.

Frank mainly talks to Dwayne, who’s also depressed and can only communicate on paper. The characters are divided by the pressure of winning or losing. Although they all really end up being “losers” one way or another. However, they decide to work on their problems as a family.

Next on the list of the best movies about depression is Sam Mendes’ adaptation of the novel of the same name (1961). It stars Kate Winslet and Leonardo DiCaprio. The film analyzes the relationship between Frank Wheeler (DiCaprio) and April (Winslet) from the moment they meet until their tragic end.

When they marry, they have hopes and aspirations but choose security (as most do) instead of implausible dreams, and move to 115 Revolutionary Road, Connecticut. April becomes pregnant.

When the couple fails to achieve their goals, they become angry and hostile. Tired of their repetitive, empty, and desperate lives, April dreams of moving to Paris to start a new one. But as they plan, circumstances change, and they remain trapped in their miserable and unsatisfactory lives.

Stephen Daldry’s Academy Award-nominated adaptation of the Pulitzer Prize-winning novel of the same name focuses on three depressed women from different eras for a single day.

The Hours alternates between the stories of writer Virginia Woolf (Nicole Kidman) in 1923, a housewife Laura Brown (Julianne Moore) in 1951, and a modern and independent New Yorker named Clarissa Vaughan (Meryl Streep) in 2001. The three protagonists are connected by Woolf’s novel Mrs Dalloway.

The three stories are extremely well balanced and highlight each character’s depression in a clear yet tactful manner. Every woman has her own struggle with depression.  In addition, each one identifies with different elements of Woolf’s novel.

Lars von Trier’s art film takes place in a context of uncertainty, anxiety, and destruction. A gigantic rogue planet called Melancholia is hurtling towards Earth, threatening to strike it.

The film is divided into parts or chapters. The first half is dedicated to the depressed and unstable Justine (Kirsten Dunst) on her wedding day. And the rest of the film is about what happens to Justine as seen through the eyes of her sister Claire (Charlotte Gainsbourg).

Melancholia is inspired by the real-life depression that both Kirsten Dunst and Lars von Trier suffered. They observed that depressed people are often listless and lethargic. Indeed, the movie demonstrates Justine’s ability in remaining calm, even in a disastrous situation like the Apocalypse.

Dunst is distinguished by her disinhibited and catatonic behavior. Von Trier’s nihilistic version of a disaster movie advocates accepting that life has no meaning and that death is inevitable.

The first film of the Three Colours trilogy by Krzysztof Kieślowski. Blue is an intense character-centric piece, chronicling the themes of emotional freedom and subsequent isolation. Set in Paris, Julie (Juliette Binoche) must cope with the sudden death of her husband and son in an accident that she survived.

Whilst recovering from her injuries, she attempts to commit suicide by overdosing. In addition, she separates from her friends and her past life and tries to live alone away from memories and reminders. However, despite her best efforts, she’s still drawn back to reality by her husband’s unfinished musical work and his supposed lover.

This biopic recounts the troubled relationship of the poets Sylvia Plath and Ted Hughes and the events leading up to her infamous suicide in 1963. When Plath met Hughes in Cambridge in 1956, she was already experiencing extreme bouts of depression and had previously tried to kill herself.

Whilst Sylvia (Gwyneth Paltrow) confesses her past mental instability to Ted (Daniel Craig) in the movie, in real life she hid her depression. There are multiple warning signs throughout the film that could suggest the final outcome. For instance, Plath’s mother’s advice to Ted about her fragility. Finally, Plath’s multiple love affairs, legitimate feelings of betrayal, and always being overshadowed by her husband, culminate in despair.

Tom (Joseph Gordon-Levitt), a greetings card writer and an eternal romantic, is completely devastated when his girlfriend, Summer (Zooey Deschanel) leaves him. He reflects on their 500 days together to try and work out at what point their relationship broke down. While he’s doing this, he rediscovers his real passions in life.

The way the film depicts Tom’s different depressive episodes shows that they can be cyclical in nature. In addition, that sadness is pretty weak in the face of behavioral activation. Tom’s combination of optimism and practicality is a refreshing change as he was previously submerged in depression.

11 Films About Mental Disorders You Can’t Miss
In this article, we have made a compilation of some of the most iconic films of all time, as well as some that are not so well known recommendations Read more »
Link copied!
Interesting Articles
Cinema, Television, and Psychology
Seven of the Most Popular Horror Films of All Times