Through Antonio Tabucchi's phrases, one can tell how critical but serene his texts were. His statements were very humanistic and were intended to shed light on our current world. 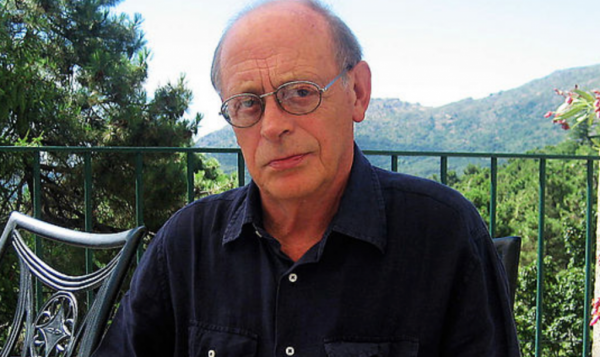 The works of Antonio Tabucchi are incredibly charming due to their simplicity and freshness. The way they’re written is so unique that they’re able to transport you to a different place. However, this isn’t surprising. No ordinary writer would be able to express such thoughts and universal truths.

This Italian writer was deeply in love with Portugal. However, he was born in Pisa, Italy. Oddly enough, the day he was born was the same day that the allies bombed this city to free it from the Nazis. From a young age, he was an avid reader and a passionate traveler. That’s why many of his quotes refer to these issues.

Memory and dreams also have a special place in the works of Antonio Tabucchi. In fact, he looked up to Fernando Pessoa. It was Pessoa’s influence, in addition to his own analysis of the reality of his time, that allowed him to be one of the most prominent contemporary novelists. Up next, we’ll be discussing some of the most amazing quotes by Antonio Tabucchi.

1. Staying in your homeland

There are several quotes by Antonio Tabucchi which talk about his native origin. This is one of the aspects where Fernando Pessoa‘s work exerted the most influence. As a consequence, he moved to Portugal, a country he ended up falling in love with.

This quote seems to expose his position on the matter: “I’ve never left my land. I’m planted in it as a strain”. Not only does this phrase apply to his personal situation, but to that of everyone who had to leave their hometown. No matter how far they go, their roots will always be in that place where they were raised.

2. Antonio Tabucchi and his quotes about memory

Memory is another recurring theme in Antonio Tabucchi’s texts. This one, for example, says: “I vividly remember the stories my grandfather told me about the carnage of the First World War, which people tend to forget was one of the worst massacres in human history”. As we stated above, he was born in the midst of war, which made this a very sensitive topic for him.

We currently know that memory is directly linked to creativity and imagination. Well, these characteristics also apply to oblivion. However, there are certain things you can’t forget no matter how hard you try, especially when it comes to something you experienced first-hand.

3. Convictions and the heart

Antonio Tabucchi, in one of his most famous quotes, talked about the ever-so-common dilemma between what one thinks against what one feels. It goes like this: “It’s difficult to have a precise conviction when talking about the reasons of the heart”.

Basically, it talks about how ambiguous human feelings tend to be. This is why convictions that come up from subjective reasons are usually fragile or at least somewhat confusing. When it comes to this, reason is a more reliable benchmark.

Antonio Tabucchi was a traveler. You could say curiosity was his engine, so he was always eager to keep learning. He wanted to learn about the different ways of being, thinking, and living. He was incredibly open to differences and had a great capacity for wonder.

For this reason, he thought that demographic purisms were bland and, therefore, not so enriching. This is something he expressed in a widely known quote: “The salt of any interesting civilization is mixture”. The more diverse a society is, the more interesting things will come out of it.

Many individuals think that the world of politics is the world of politicians. However, from a deeper perspective, it’s crystal clear that power, in many ways, is part of every person’s daily life, whether or not they participate in formal politics.

One of Antonio Tabucchi’s phrases goes like this: “My job is to look at what politics is doing, not be a politician myself”. He refers to the importance of paying attention to those realities in which power comes into play without this directly depending on the action of someone dedicated to politics.

6. The ideals of perfection according to Antonio Tabucchi

This is an incredible phrase that could become a mantra for our democracies: “Perfection spawns doctrines, dictators, and totalitarian ideas”. This expresses sharp criticism against the ideals of perfection, which have, more often than not, led to disaster.

Both at the family level, as well as in education and in all other areas of society, this exacerbated demand for perfection leads only to arbitrariness. This is the most imperfect way of relating to other human beings.

Antonio Tabucchi was also very critical of the way knowledge flowed and how relationships were established. In other words, he was a critic of what we call “postmodernity“.

That being said, this next quote of his is everything but surprising: “As of today, our memory is in a flat encephalogram”. It means that some events happen so quickly and seem so trivial before our eyes that they’re sometimes not even recorded in our memory.

Antonio Tabucchi was a lively and entertaining writer who dedicated some of his works to speaking of people who couldn’t achieve what they dreamed of or who simply didn’t know how to dream. Reading his texts is a fabulous experience, which promises great surprises and reflections.

Antonio Gramsci: Seven Memorable Quotes
Many of the quotes written by Antonio Gramsci have a rather particular charm. Discover seven of the best ones in this article! Read more »
Link copied!
Interesting Articles
Biographies
Paul Cézanne - Biography of the Most Influential Painter