Sertraline: how does it work? what are the side effects? 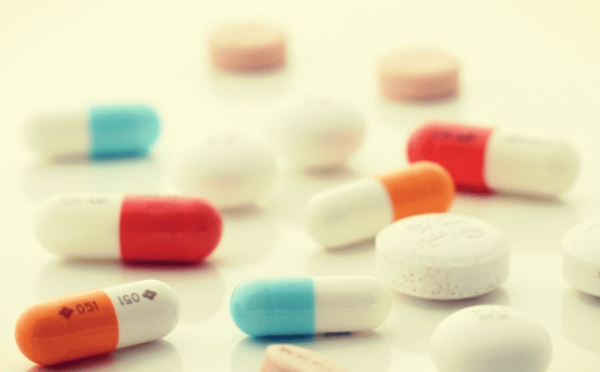 Sertraline is one of the most well-known psychotropic drugs for the treatment of major depression, panic attacks, social anxiety, post-traumatic stress, and obsessive compulsive thoughts. You may also know Sertraline as its commercial name, Zoloft. Although the drug doesn’t cure these conditions, it’s used to alleviate and control negative thoughts and emotions.

Controversy arises every time researchers publish a study about this drug. Are drugs really necessary to treat these kinds of conditions? If so, which are the most effective drugs? Should we choose the newer, second and third generation drugs or should we just stick with the original formulas?

Mental health professionals ask the same questions. The only thing that is clear is that each patient requires their own, unique strategy to overcome their mental illness. Some patients will overcome depression through psychological therapy. Others will need to supplement psychological therapy with some type of pharmacological treatment. Pharmacological treatments can vary greatly in type and quantity of medication to achieve the desired affect.

A few years ago “The Lancet” magazine did an investigation to compare the effectiveness between different psychotropic drugs meant to treat depression. According to the magazine’s research, Zoloft (sertraline) came out on top. This selective inhibitor of serotonin reuptake (SSRI) remains today one of the most useful and most prescribed drugs for depression. Let’s see how Zoloft works and take a look at its side effects.

What is sertraline? How does it work?

The effects from sertraline appear 4 to 8 hours after taking the drug. After taking sertraline the patient usually experiences relaxation, an improvement in mood, and greater mental control. The drug works to inhibit the reuptake of serotonin. In essence, sertraline increases serotonin’s presence and availability in our body.

We’re talking about a modification that changes the way our brain transmits chemicals, which directly affects our state of mind. The way the drug affects the patient depends on the level of activation and their psychological state.

In what situations is sertraline useful?

As we have discussed, sertraline is generally administered in depressive disorders. It helps to control our emotions, thoughts, and actions that can accompany depressive health conditions. However, sertraline won’t cure these diseases on its own. In order to cure depression, the patient must supplement sertraline with other measures, such as psychological therapy.

In addition to being useful for depression, sertraline has also showed effectiveness in the following situations:

Side effects associated with sertraline

Sertraline is a psycho-pharmaceutical drug. As the word ‘psycho-pharmaceutical’ indicates, sertraline isn’t a normal medication such as paracetamol or an antihistamine. Only a mental health specialist can prescribe sertraline. Serotonin reuptake inhibitors, although effective, are far from innocuous. They have side effects, and those side effects depend on several factors.

The first factor is the duration of treatment. The second factor is the condition of the patient. We know that not all organisms are the same, and may interact with the same drug differently. There will be some who won’t tolerate the drug whereas others will notice immediate improvement.

In the most sever cases it can cause tremors, heart palpitations, reduced libido, and urinary incontinence.

An interesting aspect about this drug is that its bioavailability increases when we taking it with a meal. It’s also worth bearing in mind that sertraline’s effectiveness is significantly reduced if we’re smokers or drinkers. This should be something to discuss with a doctor when they evaluate which pharmacological resource is best for our health.

However, sertraline is not recommended in children, adolescents, or pregnant women, as well as for patients with kidney or liver problems.

To conclude, we would like to restate the importance of following your specialist’s administration guidelines when taking any drug. Psycho-pharmaceuticals, particularly the drug we describe in this article, continue to be one of the most common therapeutic strategies to treat depressive disorders. These drugs help us to feel better so that treatment can be successful.

4 Relaxation Techniques to Help You Sleep Better
Stress and anxiety can completely ruin your sleep every night. If you have a hard time slowing down your brain before bed, here are 4 relaxation tips to help you sleep better. Read more »
Link copied!
Interesting Articles
Culture
Wanderlust Syndrome: an Obsession for Travel

Wanderlust syndrome is a term that basically means having an obsession for travel. It's a desire that comes from a "need"…

Culture
A Word from Past, Present and Future

Culture
The Sleeper Effect: The Influence of The Passage of Time

When we persuade someone, we're urging them to do, feel, or think something. But what happens over time? The effect…