I Seek, But Can’t Find…Why Don’t I Have a Partner? 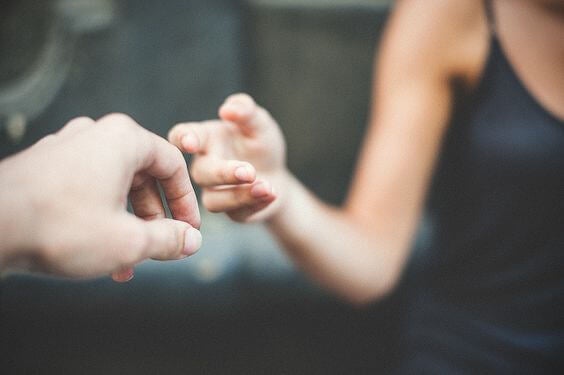 Google, the worldwide information giant, indicated that the most frequent question typed into their search engine in the whole planet is: Why don’t I have a partner? Daily, millions of searches are made trying to find the answer to this question. Millions of entries show up which will supposedly answer it. But even so, the next day, it is once again the most common question.

Despite the telecommunications revolution and the fact that now it’s easier than ever to connect with others, everything seems to indicate that many people, especially young adults, are having great difficulties finding someone to call their partner.

“When a man finds his partner, that’s when society begins.”
-Ralph Waldo Emerson-

They swarm to meet-up and matching websites. Type in their information and in seconds thousands of options for mates appear according to their traits and preferences. However, it seems that all of that technology doesn’t have the expected result in the long term. People feel lonely, since they can’t seem to establish gratifying and transcendent romantic bonds. What could be going wrong?

Studies about the absence of mates

Some studies have reached conclusions that might be considered worrisome. For example, a demographic study conducted in Japan. The people in charge wanted to know in detail about the sexual behavior of the people in their country.

You could think that Japanese people are different from the rest of the world, but that’s not the case. In the United States of America, a similar investigation was conducted and the results were similar. In the study, directed by psychologists Jean Twenge, Ryne Sherman and Brooke Wells, it was established that only 7% of young adults 20 to 30 years old in the USA had various sexual relations per week.

Communication and the impossibility of finding a partner

The great paradox of our time is that communicating has never been easier. Yet, it has also never been as impossible. We have within reach some extraordinary technological gadgets. We can talk to people from any country, at any hour, as if they lived across the street from us. But, what we have been gradually losing is our communication skills.

Every day, people seem more and more incapable of communicating what they feel or think. Having good communication skills means being able to express what is happening in your inner world. But, it also means being able to listen to what the other person has to say. And it seems that, nowadays, both of these skills have deteriorated.

The idea has been imposed upon the world that you have to think solely about yourself. That others should all think about themselves as well. Everyone should defend their own and not intrude into the worlds of others. Such ideas, which are being promoted with excessive frequency, have resulted in a world made up of a multitude of islands. In these conditions, there’s no room for love.

The conflicting part of it is that people also long for a partner. But a partner is no longer seen as someone with whom you can build intimacy in the ample sense of the word. Actually, it is perceived, at first glance, as a task to complete, or an achievement to accomplish. A satisfaction that you can’t miss out on. A plus you shouldn’t renounce.

“Communicating has never been so easy, but also never as impossible.”

Not getting too involved is the same as not loving

Another one of the ideas that has been rising in popularity is that love, per se, equates to a certain level of weakness. It seems that many people think that “love” and “partner” aren’t two concepts that should go hand in hand. You have a partner for “going out”, or for having sexual relations. Or, so that you may have a social companion, but not in order to build a great love.

As a result, relationships are made and torn apart with overwhelming ease. Couples aren’t a result of conversation, empathy and time. Instead, they are the fruit of anguish, necessity and impulse. That’s why the bonds that are created are fragile. They are also selfish bonds, in which each person wants to get the most out of the other.

Now people ask Google about their solitude. They find millions of answers, but none of them really answers them. To the question “Why don’t I have a partner?” one user of a social network gave a very artificial and magistral answer. The user said: “You’re answering yourself with your question. It’s due to your poor social tools and, as a result of it, your low level of self-confidence.”

Psychology
Why Gratitude is Good for Your Health

Gratitude is good for you -- amazingly healthy for those who practice it. Being grateful not only helps us cultivate emotional…

Psychology
Constructivism: How Do We Construct Our Reality?

For a long time, philosophers and scientists have asked how we perceive reality and how we acquire knowledge. In this…