Saving Mr. Banks: How Rewriting History Can Cure the Past

When a book falls into the hands of Disney screenplay writers years later, the characters are reinvented and save themselves, which heals the author's childhood trauma. 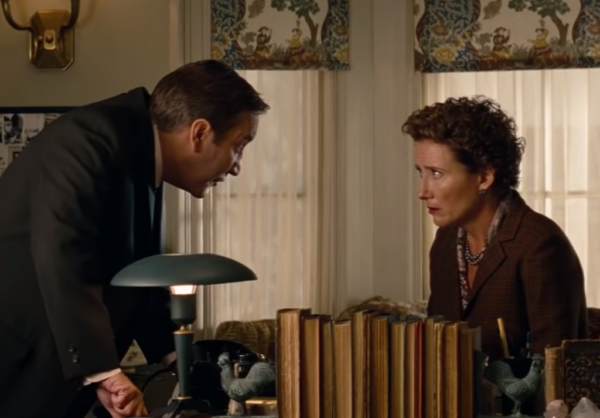 Today, we’re going to analyze a movie with a profound psychological background. Saving Mr. Banks tells a tragic tale with a happy ending. It’s the story of a small girl, named P.L. Travers, who experiences trauma, carries that trauma with her into her adult life, and tries to express it as a professional writer.

Pamela Travers writes a series of books based on the story of her childhood. The main character has become a cultural icon all over the world. Who’s this famous figure? None other than Mary Poppins herself.

It isn’t until years later, however, when the book ends up in the hands the Disney screenplay writers, that the characters reinvent and save themselves. This retelling of the story helps heal the author’s childhood trauma.

A beautiful story, based on a mix of true and imagined events, is a narration of how rewriting a story can heal the past. At the end of the day, your life story has a lot to do with who you are in the present. When there are emotional wounds that haven’t healed, you carry them with you and can’t leave your suffering behind. Rewriting the past, then, offers the possibility of reliving it, and experiencing it in a different way and make that your memory.

The plot of Saving Mr. Banks

Pamela Travers is the real name of the author of the Mary Poppins stories. Her childhood was marked by an alcoholic father and a mother who didn’t know how to handle her family situation. When things got serious, one of Travers’s aunts came into the picture to help them. She showed up suddenly, with her umbrella and her suitcase full of magical remedies for everyone, determined to lend a helping hand to their chaotic lives.

Many years later, as a grown woman and a writer, Pamela Travers (masterfully interpreted by Emma Thompson), wrote eight stories about a character based on her aunt (Mary Poppins) and her childhood. The books were a huge success. For 20 years, Walt Disney, the American magnate of the Disney Empire (played by Tom Hanks), tries to get the rights to put Mary Poppins on the big screen.

Saving Mr. Banks tells the story of Disney’s reinterpretation of the book, and how Travers reacts to it. The Disney screenplay writers make changes that Travers finds horrifying at first but end up being the key to healing the childhood trauma that she had carried with her all her life.

Sometimes, life serves up painful events and difficult situations that put your emotional intelligence to the test. This is especially true for trauma during childhood. That’s because children haven’t developed the tools they need to regulate high levels of emotional pain.

Without any kind of healing process, these wounds will accompany you for your entire life. They say time heals all wounds, but that isn’t the case for unresolved trauma. Problems you have as an adult are often linked in some way to that trauma, and you end up opening these wounds over and over again.

People who work with language know that it’s more than just a powerful communication tool. Language and words also have healing properties. Different levels of cognition and thought come into play with language. Therapists do their work through speech, and therapy is most definitely a route that offers the possibility of retelling a story.

When you rewrite something and use words to shape it, you open up a whole world of possibilities. Emotional encounters with the past and perspectives of the future narrated in the present. The chance to review your values, strengths, weaknesses… Professionals use therapy to help patients create the changes they need in the story of their lives. Language is a way to create order from the chaos.

Rewriting history helps change emotions, which, in turn, changes the memories of what happened. Seeing your life as a story makes it easier to find imaginary solutions that allow you to keep going in spite of the obstacles.

Milton Erickson: How Changing Your Language Can Change Your Mind
Changing language to change your perspective on life is what Milton Erickson taught in one of his theories. Find out all about it here! Read more »
Link copied!
Interesting Articles
Cinema, Television, and Psychology
3 Movies That Raise Awareness