Saroo Brierley, 25 Years Away From Home

Despite advanced technology and the new options it allows, the displacement of children remains a major problem. Saroo's story speaks to this problem and shows how far it can go. 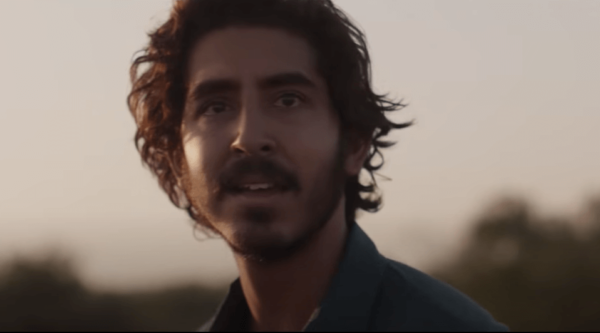 The story of Saroo Brierley seems as if it’s from a novel. In fact, it became the hit movie Lion. However, the most beautiful thing about this story and movie is that, after all this young man had to go through, he got his happy ending.

Saroo’s incredible adventure began in a small town in India called Khandwa. At the time, Saroo was only five years old and was from a very humble family. His father abandoned them to be with another woman. Saroo’s mother, Fatima, had to earn a living as a construction worker. However, she didn’t make enough money to support the family.

There were three children in the family, including Saroo. The eldest son, Kallu, was 10 years old at the time and did small jobs to help his mother. Often, he worked sweeping train cars. Then, there was Saroo, who sometimes accompanied his older brother while he worked. Finally, there was the youngest sister, who was just learning to walk.

On any given day, the two brothers went to work sweeping empty trains at the train station in Burhanpur. After a long day, little Saroo was so tired that he sat down on one of the station benches and fell asleep. This nap changed his life forever.

When he woke up, he didn’t see his older brother anywhere. So he started yelling for him, but he couldn’t find him anywhere. Saroo saw a train in front of the station and knew his brother Guddu was probably sweeping the cars. Thus, he got onto the train to look for him. But Guddu was nowhere to be found and wasn’t answering his calls. Then, the train left for Calcutta and Saroo’s life as he knew it was over.

Meanwhile, at home, Saroo’s mother was waiting for her two children to come home but they never returned. On her own, she began to try to figure out what had happened. After two months, she learned that Guddu was found dead. Somebody found him on the train tracks. A train had hit him.

A nightmare in Calcutta

Saroo Brierley arrived in Calcutta after 14 hours on the train. However, he didn’t know how to speak well and didn’t know the name of the city where he lived. When he arrived at the train station, he wanted to take a train back, but it was impossible. He stayed at the station, sleeping among cardboard boxes and eating from the garbage.

However, there was a gang kidnapping minors off the street and they attempted to kidnap him. Saroo ran as fast as he could and managed to escape, but he was afraid to go back to the station.

His memories from those days are of hunger and anguish. It’s not clear how it happened, but a teenager took him to a police station. From there, he went to an orphanage with very rigid rules.

At the orphanage, they tried to find his family, but it was impossible. After some time, the orphanage placed him in an adoption program. Then, Saroo was lucky to be adopted by an Australian family that wanted to care for him, along with another boy from India. Saroo’s life change completely when he traveled to Tasmania with his new parents.

Saroo Brierley and the return home

Saroo Brierley, however, couldn’t forget the past he left behind. He still remembered his older brother, mother, and younger sister.

When he was in college, a group of friends and his girlfriend decided to help him find a crucial piece of information: the city he came from. They did the calculations for all cities that were 14 hours from Calcutta and began to search in Google Earth.

Another five years passed before, one day, Saroo saw a water tower on the screen that looked familiar. He explored the nearby places and they triggered something in his memory. Later, he recognized a road and a bridge. He says that he jumped for joy at the moment because he discovered where he was from.

Then, he traveled to his hometown and started searching. By pure intuition, he came to his mother’s house but no one lived there anymore. Although he had forgotten his native language, he managed to gather some information. Finally, one day, he arrived at the door of his mother’s house.

She looked at him for a few minutes before recognizing him. Saroo says that this reunion after 25 years was the happiest moment of his life.

Shortly after, he learned that his name wasn’t “Saroo,” but “Sheru”. He didn’t know how to pronounce it when he was little and that’s how he ended up with a new name. “Sheru” means “lion”. A year later, he returned to his hometown with his adoptive mother and completed the cycle of loose ends with long-awaited hugs.

The Green Mile: A Truly Powerful Movie
In this article, we're going to tell you about a truly one-of-a-kind movie, The Green Mile. Learn more about this brilliant, emotional piece of art here. Read more »