Today we're going to tell you the story of one of the most promising figures in recent film history. But because of the circumstances around his tragic death, many people have formed wrongheaded opinions about what his life was like. 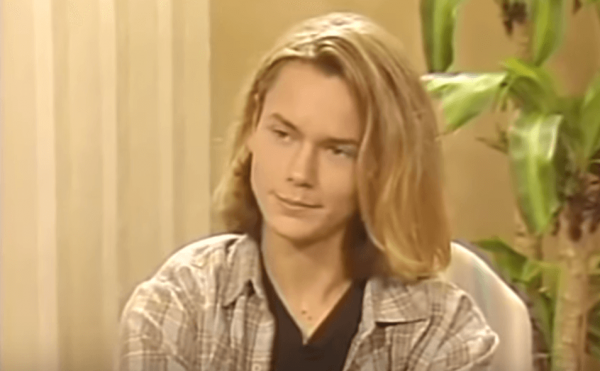 River Jude Phoenix was a popular American actor. Unfortunately, he died in 1993 at the age of 23.

River stood out as much for his attractive appearance as he did for his sheer talent. But the accidental overdose that led to his death has made people believe he didn’t lead an honest life. Sadly, he isn’t the first Hollywood idol whose dark death has led to a false image.

That’s part of why we wanted to write about River Phoenix. If you’re wondering about his odd name, look no further than his hippy parents. The circumstances around his life have led people to see him as a modern James Dean. But the truth is, despite the dark nature of his death, he was always very kind, committed, and respectful.

River was born on August 23rd, 1970. He showed artistic promise at an early age, in all kinds of things such as acting, music, and writing. He was also a big activist for the environment and an advocate of social justice.

This young actor fought extremely hard for people’s equality, respect, and the environment. But that didn’t seem to get much attention during his life. Instead, he was thrust into life surrounded by the paparazzi and an unwanted image as a sex symbol. Even after his death, no one seemed to pay attention to all the good he did in his life, because they were so focused on the circumstances surrounding it.

River Phoenix: His Life and Career

River wasn’t the only one in his family to get such a new age name, either. After him came Rain, Joaquin, Liberty, and Summer. He was born in an Oregon town called Madras, and died in West Hollywood, California, on October 31st, 1993.

According to official sources, the cause of death was a lethal combination of substances. Before this, he had collapsed and gone unconscious on his way out of the Viper Room, the bar his good friend Johnny Depp owned at the time.

River’s career spanned a total of 24 film and TV roles. He started at the age of 10, and was in a few commercials, but it wasn’t long before he’d become a teen icon. But this was an image he never particularly enjoyed, and it unfortunately followed him throughout his career.

He was an extremely humble, hardworking, and dedicated person. His one great ambition was for people to see his talent, and he gave the world plenty of opportunities to do just that.

To name just a couple of his biggest big-screen hits, there’s the all-time classic Stand By Me (1986), an adventure movie about some a group of boys as they grow up and Running on Empty (1998), which earned him a nomination for Best Supporting Actor at the Academy Awards.

His last movie, Dark Blood, was still shooting when he died. It ultimately didn’t come out until 2012, after a long post-production process.

Even after his death, people have continued to recognize River for his talent. Nowadays, there’s absolutely no argument over the fact that he had enormous potential as an actor, and that he could have become one of the greatest of all time.

But there’s an essential part of him that lots of people still don’t know about. It was a side of him that wasn’t as profitable as his roles in major films. It wasn’t the kind of thing that attracted the paparazzi, either.

What was that part of him? River was a firm advocate for political causes such as animal rights and other important issues of the day.

Besides his countless fundraising efforts, River was also a major ambassador for PETA. In 1990, he even wrote a famous article about Earth Day and dedicated it to his youngest fans. He published the article in Seventeen magazine, which means he managed to reach thousands upon thousands of people with his message.

That’s not all. He donated a lot of money to humanitarian and environmental causes. On top of that, he helped to lead important awareness campaigns through appearances and speeches, and supported several political groups at their rallies.

He was barely more than a teenager when he bought 800 acres of land at risk of deforestation in Costa Rica. He was also a firm believer in veganism.

It should come as no surprise that actors such as Jared Leto, James Franco, and even Leonardo DiCaprio mention him as a major influence on their careers. They also say he helped paved the way for actors with an intellectual side, and people who cared deeply about the world, on top of being extremely talented and famous.

If you want to get a sense of how genuine River’s thoughts and feelings were, just read this quote by his first girlfriend:

“Once when we were fifteen, River and I went out for a fancy dinner in Manhattan, and I ordered soft-shell crabs. He left the restaurant and walked around on Park Avenue, crying. I went out and he said, ‘I love you so much, why?…’ He had such pain that I was eating an animal, that he hadn’t impressed on me what was right.”

Like James Dean, River Phoenix was a “rebel without a cause”. But River truly was a rebel. In spite of all the expectations and stereotypes surrounding a famous figure like him, he fought tirelessly for his values. He lived his life without chasing money, fame, or other people’s approval.

3 Movies for Self-Discovery
Good movies are able to motivate us, inspire us, and encourage us to change. These 3 movies for self-discovery might help you grow. Read on! Read more »
Link copied!
Interesting Articles
Cinema, Television, and Psychology
Your Name: The Japanese Film of Traditions, Trends, and Myths

Cinema, Television, and Psychology
Joaquin Phoenix's Speech: For Sentient Beings and the Environment