Relationship Violence: The Story of Any Other Girl 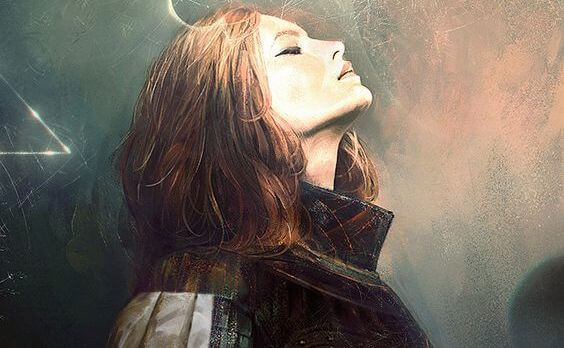 This is the story of any other girl. A girl without a name, because there are so many of them. A girl who fell in love with who she thought was the best man in the world, a fairy tale man, a prince charming. Thus, she decided to become his princess.

In order to do so, she renounced her freedom, her ability to choose, her smile, her friends, and her family. In exchange for what she thought was love, she surrendered her entire life and put it at the mercy of the tide, which moved at the whim of a selfish heart who believed that he could own anything, even people.

It was just another day at the office. She was sitting at her desk doing her work quietly, until a coworker came up to her to update her on office news. She didn’t usually pay attention to things like that. She knew that her coworkers could be a little dramatic, and that the gossip and rumors were usually more novelty than reality.

When she looked at him, she realized that she was wrong. He was a brown haired guy with hazel eyes and a captivating smile. He wasn’t just any other guy; he was the perfect man. And it just so happened that this perfect man went home on the same train as her. And so that’s how they got to know each other.

Falling in love isn’t a conscious action; it’s a feeling that gradually intoxicates you. A feeling that begins with the hope of getting to know someone who catches your eye, but who gradually starts to conquer your heart. The eyes can deceive you, but the heart is always authentic.

The perfect man also liked her, and he didn’t hesitate to ask for her number. He waited for her so they could take the train together, fearing that at some point on the journey she would need him and he wouldn’t be there. And then he asked her on a date. It was very romantic, and everything seemed like a dream.

After a few days, he started to send messages to her a few minutes after saying goodbye, as if her absence were the end of the world. It was all sweetness and love. He hugged her when they said goodbye, the things he would miss about her lingering in the space between them. She felt like the luckiest girl in the world, because out of all of them, he chose her.

My best friend sometimes worries about the messages that he sends me, saying that there’s an anxiety behind his words that she doesn’t like. I think it’s really romantic that he wants to be in contact with me all the time. He’s my knight in shining armor and if he knows where I am, he can rescue me from any danger.

The other day he got a little jealous because he saw me talking to another coworker, but this was nothing other than another one of his displays of love, of how important I am to him. He asked me if I liked the guy because I was laughing with him when we first met, and he saw my coworker and I laughing together. Perhaps I was inadvertently flirting with him, so I promised that I wouldn’t act like that again. I don’t want to lose him or upset him with how much he takes care of me!

Last night I went out with my friends. He got angry, called me a whore, and said that I showed a lot of cleavage and I was all dressed up, like I was trying to turn on or find another man, and that I never dress up like that for him. Maybe my clothes were a little skimpy and I can understand why that bothered him. I don’t want to lose him, especially over something so stupid. I won’t go out like that again.

My friends don’t have partners, so maybe they can dress like that, but I do have one and I can’t disrespect him like that. And if he were to do that, I would probably also get angry. They have to understand that I can’t go out like that again, and if they don’t understand, then they’re not my true friends.

5 Wounds of the Soul Which Heal, but Leave Scars

I’m afraid of losing him. He’s getting angry more often and his demands are getting bigger. He doesn’t like how I dress, how I smile at other people. He doesn’t want me to wear a skirt or a v-neck, even though that’s how I looked when he met me. I’m afraid that anything I do will distance me from him, the perfect man, who I’m so lucky to have by my side. I could handle anything but that.

He told me that I love him very little compared to how much he loves me. How can I make him understand that he’s my prince charming? I’m just any other girl, afraid of losing the perfect man who I’ve been lucky enough to have. It would be so stupid if I ended up letting him get away when I was so lucky to find him. Someone as imperfect as me, with someone as good as him.

Today I yelled at him in the street because he called me a slut. He argued with me over talking to an employee at the shoe store and laughing at a joke he told me. I was being friendly, I wasn’t trying to flirt, and I even did it in a very reserved way because I knew that he was watching. He yelled at me for causing a scene in the middle of the street, but I really don’t understand why he reacted that way.

I want to be able to tell all of this to someone. I need to talk about it, but I’ve distanced myself from everybody I trusted, threw them out of my life with false and disproportionate accusations.

Also, I don’t want him to get angry. I feel a little lost. I suppose that this is love, wanting someone so bad that the fear of losing them drives you crazy, even when you know they’re not right. I don’t know, maybe I don’t know what love really is.

He’s scaring me, and he hasn’t even hurt me or touched me. He threw the table over and slammed the door violently and I stood there shaking. We were arguing again because he saw me talking to my boss about work. He still doesn’t understand.

I don’t know what to do. I love him and I’m lucky to be with someone so perfect who loves me. But I’m afraid of his violent attacks and I don’t want us to hurt each other. Maybe I should quit my job so he’ll calm down. After all, now we live together and we don’t both need to be making money.

Maybe this is love?

The story told here is a portrait of psychological abuse. There was no hitting, but that could come later. The hitting starts when the victim depends so much on their aggressor and is so convinced that they’ve done something wrong, that it’s impossible for them to tell anyone.

It might never even get to physical violence; as you can see from the story, that might not be necessary. She’s alone, at his mercy, doing whatever he says. She’ll stop being herself and depend completely on him. He’s able to control her, so he doesn’t have to hit her for her to cling more tightly to him.

This is the story of any girl. Pick any name, because unfortunately there are many. It could be your sister, friend, or neighbor. It could be any girl who thinks she’s fallen in love, but who in reality is being controlled and humiliated.

Don’t close your eyes. Help her see the reality beyond her pattern of thought. Even if she wants to throw you out of her life, don’t leave her. Although you may sometimes witness her nearing the edge of a cliff, don’t blame her. Remind her that she can count on you. Convince her to call 911 (in the US, or the corresponding number in your country). She needs help to get out of that situation, and if you leave her alone, she won’t be able to.

Let's pretend we have no expiration date. Everything that's happening right now might end or it might not. So let's pretend…

Psychology
5 Habits To Be Nicer To Others

There are many people who are convinced they do not have to be nice. Surely at one point you've said the…