Reconciling with a Difficult Mother 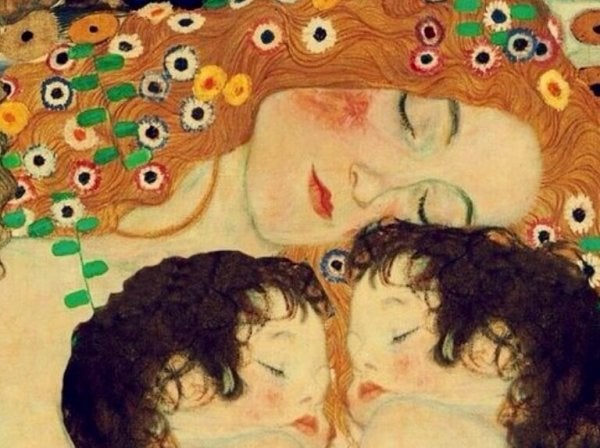 Our mother is our first great love. A love that’s born naturally and one which we never give up even though she may not be present, or though her presence may be harmful or even dangerous for her child. There’s always an invisible string that somehow ties us to her.

The psychoanalyst Judith Viorst narrates an atrocious case in one of her books. A three-year-old child had been sprayed with alcohol and, though it may seem unthinkable, had been lit on fire by his own mother. In intensive care, the little boy just wanted one thing: to be hugged by his mother. That’s how strong that primitive bond is. No matter what, we love our mother. At the beginning of our life, we prefer any other suffering to the pain of not having her near.

“The mother’s heart is the child’s classroom.”
-Henry Ward Beecher-

The love we have for our mother continues into adulthood, though we take our own path, though we achieve huge success, though we may have money or may be admired for our achievements. Deep down there always remains a part of that child that doesn’t want to live without his mother.

As children, despite any evidence to the contrary, we think that our mother is an absolutely perfect being. We only require her presence, there by our side. And if she’s not, we think that it might be our fault. But mothers aren’t those perfect beings that we idolize when we’re little. We aren’t always completely welcome in their lives.

Mothers also become depressed. They also have their own problems. And though most of them wish to give us the best life has to offer, sometimes they can’t do it. Sometimes they give up on this, or have a not so healthy idea of what wellbeing for their child really implies.

Many mothers aren’t there for their children when they need them. They may barely have the time to exercise their motherhood properly. Other women reject motherhood, consciously or unconsciously. Even so, they take on the task of motherhood, but only manage to half-succeed. So, their children become the target of their discontentment.

These are the types of mothers that never see anything good in their children. They are never obedient enough, or never good enough even though they may be the best students or athletes. It doesn’t matter, the children never meet their expectations.

A mother’s rejection of her children can sometimes take on unexpected forms, such as the case of anxious mothers. They’re always imagining that their child is going to fall, become a drug addict, or make an irreparable mistake. In these cases, the rejection takes on the form of extreme control. They think that educating their children is showing them that the world is a place plagued by dangers and that it’s their job to make them see the risks. 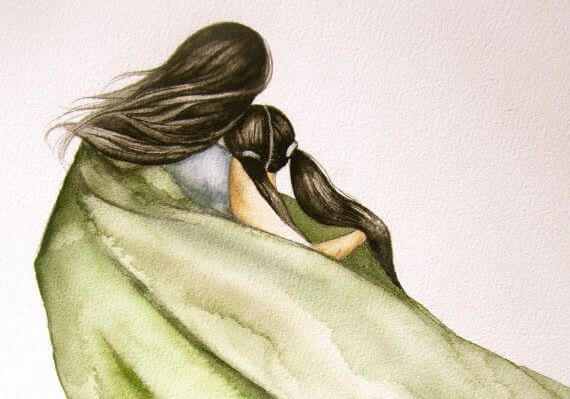 During childhood, we don’t have the emotional ability to question our mother. They are the foundation for everything, on the horizon of everything, and we may not like some of her behaviors, but it’s impossible to criticize her. Things change during adolescence. Usually, this is a much more conflictive stage for those who have had to deal with a difficult mother.

Adolescence is a transition in which a confrontation occurs between the child we were and the adult we want to be. That’s when it becomes fundamental to question what we have received at home, in order to forge our own identity. During adolescence is when we start to question our parents. It’s the time for great ruptures with our parents.

If we didn’t allow ourselves to critique our mother before, now she becomes the object of much of our dissatisfaction. She wants us to stay the child she knew, while we need to fly. But while adolescence can be the beginning of a great distance between these beloved figures, it’s also a stage where we can adjust many loose ends.

A mother who has realized that she hasn’t played the best role can take advantage of this time of adolescence to repair many of her mistakes. Teenagers need their parents deeply, much more than they’re willing to admit. Being a loving, patient and understanding confidant during this stage can repair many of the mistakes made during childhood.

Conflicts often arise, but this is precisely an opportunity to channel them and give them a solution. The youngster now has the ability to understand that his mother is a person with limits and the mother can now admit to these limitations.

But sometimes it’s not possible to overcome the overwhelming walls that have been built up. Sometimes children only understand their parents when they become parents themselves. Then they discover the impossibility of being perfect parents and understand that mistakes are the foundation of many human realities. They learn that a mother who makes mistakes is not a bad mother, but just an imperfect person, just like all of us.

Whatever the case, there’s an indisputable truth: All of a person’s affectionate relationships are influenced by the bond they had with their mother, their first love.

The healthier that relationship is, the healthier the rest will be. And it’s never too late to repair that bond. To forgive your mother and ask for her forgiveness. To give free rein to that love that has always been there, and thereby clear the way towards a more rewarding life. 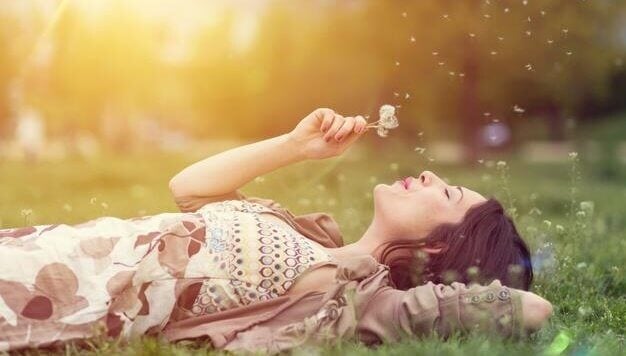 Maladaptive daydreaming defines a peculiar syndrome. The person who suffers from it spends much of their time immersed in their fantasies and completely disconnected from reality. Although we all daydream, there are those who do it to excess. This excessive… 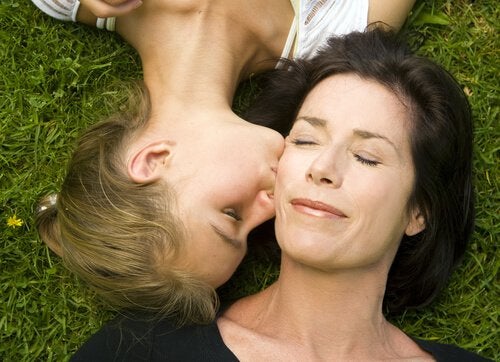 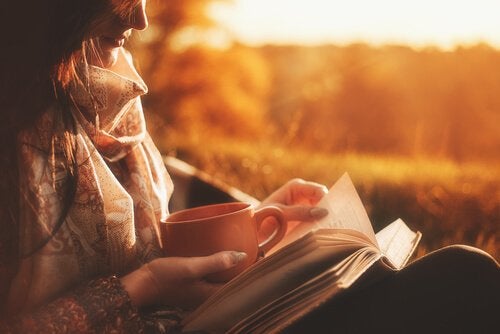 You’ve probably had complicated moments in your life that compelled you to find an explanation. Maybe you wanted to understand what was happening to you, or simply find some solutions to your problems. To do that, you might have looked for self-help… 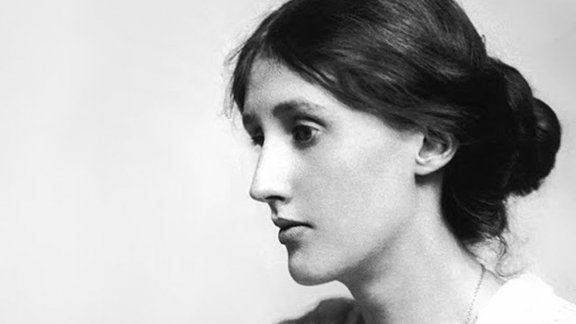 Today, we’re going to talk about the tragic life of one of the most important authors of the 20th century.… 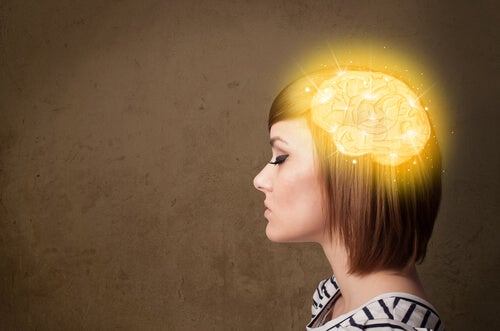 Sometimes even the simplest of problems can turn into a huge ordeal. This can happen because you’ve had a bad day,… 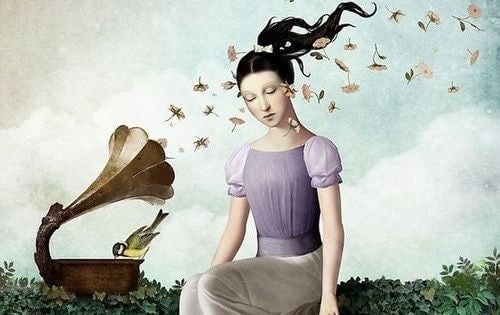 You decide if you live or just survive. If you let yourself go with the flow, going through life carefully on your tiptoes because of the many dangers it presents, or if you take risks and enjoy whatever life throws… 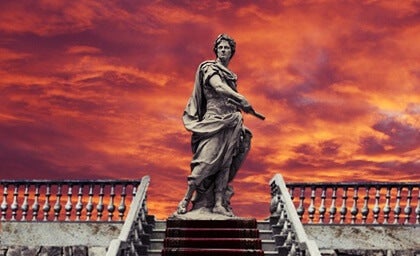