Raymond Cattell and His Theory on Personality

Raymond Cattell was a known personality theorist. In his book, The Scientific Analysis of Personality, he reviews experimental, quantitative, and statistical research in personality testing. 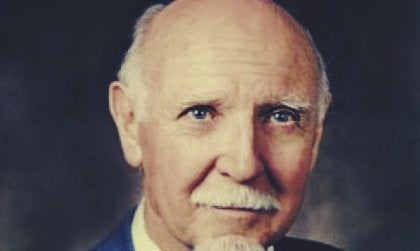 Raymond Cattell was born in England at the beginning of the 20th century. He’s one of the most important personality theorists in the history of psychology. Thus, his contributions were decisive to the trait theory (also called dispositional theory) and are currently a part of the Sixteen Personality Factor Questionnaire (16PF)

Even though Raymond Cattell began his studies in chemistry, he became interested in psychology after his graduation. He was a professor at the University of Illinois for 30 years and also taught for 20 years at the University of Hawaii. Also, he was a tireless investigator of human behavior and the founder of the Institute for Personality and Ability Testing, Inc. (IPAT, Inc.)

Raymond Cattell defined 16 basic aspects of human personality. Based on these factors, he created his questionnaire that’s still applied in various settings and for different purposes.

“Psychology is a tricky field, in which even outstanding authorities have been known to run in circles, ‘describing things which everyone knows in language which no one understands’.”

Factors A, B, C and E in Raymond Cattell’s personality theory

Factors A, B, and C in Raymond Cattell’s personality theory correspond to warmth, reasoning, emotional stability, and dominance.

Factors Q1-Q4 are openness to change, self-reliance, perfectionism, and tension.

All these factors are basically what the Raymond Cattell personality test measures. How someone scores on the above factors would allow a psychologist to identify their personality profile. Currently, Human Resources departments use this test to select personnel.

Gustave Le Bon: Psychology of the Masses
Gustave Le Bon is associated with several of the most important events of the 20th century in the world. His approaches encouraged Nazi ideology. Read more »

Psychology
The Electra Complex: What Is It and What Does It Do?

Mediocrity is an attitude and a lifestyle choice. It isn't bad because it's a defect, it's bad because you are allowing yourself to do the minimum acceptable amount. You are…