In this article, we learn with Rafael Santandreu a valuable aspect to work on our happiness and well-being: all our fears are due to thoughts that we can transform. 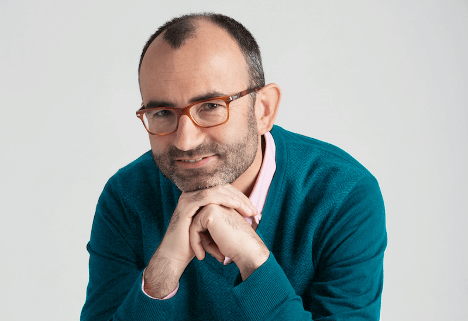 Rafael Santandreu offers a valuable viewpoint regarding happiness and well-being.  He suggests that all fears are due to thoughts that can be transformed via cognitive behavioral therapy.

In this interview, Rafael Santandreu suggests we reflect on fear from a cognitive behavioral therapy viewpoint. Also, that we think about the fears we face on a daily basis with the aim of deactivating the thought patterns that cause them and, therefore, are making us unhappy.

Cognitive behavioral therapy is considered one of the most effective and scientifically supported psychological therapeutic approaches. And in his last book, Nothing is so Terrible, Rafael Santandreu pointed out that everyone has the ability to eliminate their fears.

Some will say that that’s unlikely or even impossible. However, if we had to define happiness in some way, it would basically be “the absence of fear”. Because our day to day fears and anxieties tend to limit our potential, stop us from moving forward, and basically push us away into a dark corner where the sun doesn’t shine.

“It’s not what happens to you, but how you react to it that matters.”

Rafael Santandreu invites us to face our fears and understand that they’re simply misleading thoughts, biased ideas that often feed off invented needs. But you can get rid of these annoying stowaways in your mind. And cognitive behavioral therapy is the answer.

In your books, you say it’s possible to get rid of all fears. Is that true?

Yes. Fear is an emotion that comes from rational or irrational beliefs that are experienced by everyone. The truth is that a series of fears prevent you from moving forward, limiting you to a certain extent and hindering your personal development. This type of fear is due to inappropriate ideas or irrational beliefs. The good news is that, when you eliminate these misconceptions, the fears disappear. This is how cognitive therapy or “thought” psychology works. When you’re thinking in the right way, you can say goodbye to fear for good.

Being afraid of public speaking. Many people have this fear due to the fact that they think how awful it would be if they did it wrong. It’s a feeling of insecurity. Me, I don’t think like that anymore. Thus, I no longer have that fear.

For me, it’s okay if I make a mistake in a speech. Nothing would happen. I’d still be as proud and happy as ever. And although it seems incredible, now I don’t experience any stress or nerves before speaking in public. I’m so relaxed I could fall asleep.

Do you mind if it goes badly?

No. I prefer it to go well, but it isn’t something that worries me. To suppress fear, you have to realize that what you’re afraid of isn’t so bad and you can still be happy even if “the worst” happens. Then, pressure and fear disappear.

That’s where your idea of “necessititis” comes from, isn’t it?

That’s right. “Necessititis” is the belief that we need a lot to be okay. If you take that idea out of your head, you’ll get rid of your fears. This is because you no longer need to have money, status, do everything right, or be treated well. And so, without the ridiculous pressure to “have everything”, you can live in a much more relaxed way.

Yes. The difference is that cognitive behavioral therapy teaches you to detach yourself from “invented needs” via different arguments. Concerning public speaking, I convinced myself for weeks that it wasn’t important whether I did it right or wrong. I used dozens of arguments until I finally got it right. It’s a process.

Yes. You want to convince a person that they can be happy, for example, without a partner or a job. We employ many arguments until the person is freed from the need that’s overwhelming them and making them afraid. It’s a kind of “brainwashing”.

Indeed. For example, work stress is often caused by an exaggerated need for financial security and status. But if you undertake cognitive behavioral therapy with a psychologist, you’ll discover how that exaggerated need is inside you.

What’s the most common fear of those who undergo cognitive behavioral therapy?

Being afraid of change. For example, fear of leaving your partner even though you’re no longer in love and the relationship isn’t working. In these cases, people fear loneliness. And being afraid of changing jobs. This is due to an exaggerated need for economic security. After cognitive behavioral therapy, change is considered acceptable and the most normal thing in the world.

Does cognitive behavioral therapy get rid of those fears by working on those invented needs?

Absolutely. When you come to realize that you don’t need to “be with somebody all the time” or have “complete economic security” these two fears disappear. However, this change doesn’t happen overnight.

You mention a quote by Francis of Assisi about necessities a lot.

Yes, I really like it. Francis of Assisi said at the end of his life “Every day, I need fewer and fewer things. And the few I need are very small”. I’m sure he was a very strong and very happy man.

Is it true that we don’t need to be afraid of death either?

Of course not. Death is natural and normal. All natural acts are good. Thus, there’s no need to be afraid of it. You can lose your fear of both death and disease. It’s easier than it looks.

Cognitive Therapies and Their Classification
The classification of cognitive therapies shows that their common feature is to consider cognition as a determining element of behavior. Read more »
Link copied!
Interesting Articles
Psychology
The Slow Movement: The Slower the Better

The slow movement is a cultural shift begun by the younger generations, like many other movements. Not long ago, our goal was…

Psychology
It Takes Peace and Patience to Find Meaning in Life

You don't always find meaning in life by being in love or following a passion... just like it comes, sometimes…

Psychology
5 Steps to Stop Sabotaging Yourself

Getting out of the habit of sabotaging yourself is not easy. A lot of people waver right when they're about…