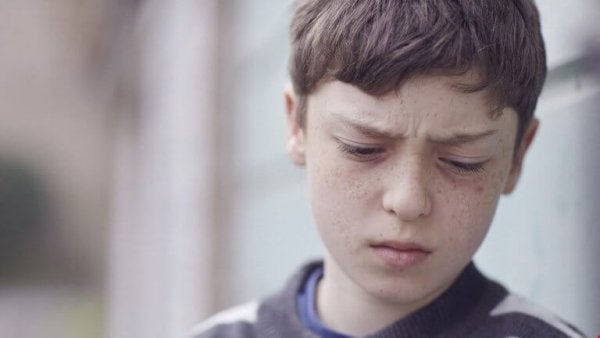 Punishment is common in our society. From taking a child’s toys away when they misbehave to penalizing adults for committing infractions, punishment exists everywhere. We see punishment as a way to eradicate or avoid negative or frowned upon behaviors. But is punishment in education useful? What consequences does it have? In this article, we’ll try to answer those questions.

Education is a very important issue that can’t be boiled down to concrete experiences or individual opinions. Educational practices should be based on scientific criteria.

To investigate the usefulness and consequences of punishment in education, we’ll focus on empirical data. This is because scientific data provide us with very useful information about punishment and its educational implications.

Rewards and punishment in education

Before discussing the usefulness and consequences of punishment in education, it’s essential to understand the principle that governs it. Why does punishment allow us to eradicate certain behaviors? The answer to this question lies in B.F. Skinner’s theory of operant conditioning. He was one of the fathers of behaviorism and made great contributions to the psychology of learning.

Operant conditioning roughly states that when a behavior is reinforced, it’s likely to be repeated. In other words, when something positive happens as a result of a certain action, we tend to continue to act like this in the future.

The opposite happens with punishment. When a behavior is punished, the likelihood of it being repeated reduces. A lot of evidence backs up operant conditioning. In addition, the theory has been widely demonstrated in both animals and humans.

However, learning is very complex. A key aspect to understanding the effects of rewards and punishment in education is its instrumental nature. When we reward or punish, we modify a subject’s behavior because they expect that prize or punishment. That is, the subject behaves due to extrinsic motivation.

From an extrinsic motivation perspective, we can deduce that the new behavior will only continue as long as the punishment or reward is maintained. It’s important to understand that operant conditioning is associative learning. The subjects won’t understand why the behavior is right or wrong. They’ll simply understand that certain consequences follow certain behaviors.

Consequences and problems with punishment in education

Now that we know the principles that govern operant conditioning, let’s discuss the usefulness and consequences of punishment in education.

Punishment, despite the fact that it can help shape behavior, is a rather poor method in education because:

Use punishment with caution

As we can see, educating a person is a complex thing. Punishment represents a simple and easy solution that can also be extremely superficial and dangerous. Although negative behaviors shouldn’t go unpunished, educating in values is somewhat more complex.

A democratic educational style based on discussion is synonymous with good education. When a child displays negative behavior, discuss why the behavior is wrong with them, the alternatives that exist, and how the child can solve the problems they created.

Choosing the Right Punishment Is Not Easy
Your two-year-old has a tantrum and hits you. How should you react? The child needs some sort of punishment for their behavior, there's no doubt about this. But what type of punishment? Read more »
Link copied!
Interesting Articles
Psychology
Some Attitudes Are More Distancing than Distance Itself

Children want to learn new things. Their entire reality consists of constant discoveries in a world that's new to them.…

Psychology
What Do You Know about Dependent Personality Disorder?