Psychological reactance is a very common phenomenon in any situation where there's a change in circumstances or rules. Today, we're going to focus on the current restrictions and our reactions to them. 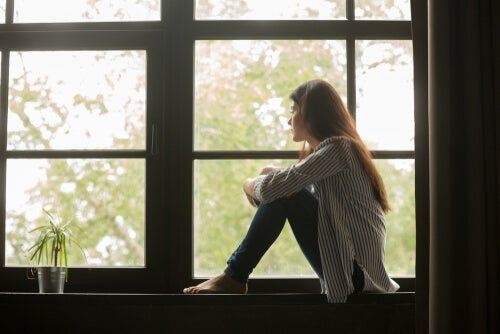 The restrictions imposed by the current situation are intended to stop the spread of the coronavirus. Despite the seriousness of the situation, many people aren’t complying with the measures. Are they just a few irresponsible people or are they, perhaps, victims of the psychological backlash? In this article, we analyze the psychological reactance during lockdown.

After the evolution of the epidemic in China, cases started to appear in other parts of the world. This news was followed with relative calm due to the relatively low number of cases. However, within a matter of weeks, the number of infections increased to such a point that it made governments enforce containment measures.

Educational and leisure centers were closed in many countries, and people had to suspend or cancel events. In addition, governments asked companies to facilitate teleworking for their employees. These measures had varying degrees of success.

Governments intensified measures to try to limit the risk of the virus spreading. They urged citizens not to leave their homes, except to acquire essential goods, go to work (if they couldn’t do it from home), care for the elderly and/or dependent people, or in emergencies. Some countries allowed people to exercise and visit cafés.

The first psychological reactions of lockdown

These measures have had varying responses in different societies. For example, in some countries, people raided supermarkets and bought all the masks, gloves, and hand sanitizer they could get their hands on.

This may have happened out of the fear of having to follow strict confinement, to avoid having to go to crowded places later on (when the risk of contagion was greater), or out of fear of shortages.

The second response was that may people didn’t take these measures seriously, especially in the early, less restrictive stages.

When school was suspended, young people even visited bars and had parties. Some parks were full of children, many of whom were taken care of by their grandparents (the most at-risk group).

Many people who were teleworking and students returned to their cities and towns of origin. There were even entire families who decided this was an opportunity to vacation in their second homes.

Why did people break the lockdown?

Jack Brehm spent time studying the consequences of limiting people’s freedom and coined the term “psychological reactance”. Reactance is a motivational or emotional reaction that arises when people’s freedom is limited or threatened and they aim to recover that freedom again.

Decharms also studied this issue. He explained that the need to freely choose behavior (the need for self-determination) is a primary motivation. Therefore, when a person perceives that their freedom has been compromised, psychological reactance manifests. This depends on several factors.

This situation will pass. Thus, we must believe that everything will eventually go back to normal. For the time being, we must fight against this psychological reactance during lockdown and stay at home. Together, we can flatten the curve and save lives.

The Neurological Effects of Coronavirus: the Latest Discoveries
Experts are observing the neurological effects of coronavirus, in addition to the severe respiratory problems it causes. Here are the latest findings. Read more »
Link copied!
Interesting Articles
Psychology Today
People With no Free Time

Psychology Today
The Link Between Patience and Serotonin, According to Science

People say that patience is a virtue. However, science says that more than a virtue, it's a neurological competence that…