The Psychological Profile of an Abuser 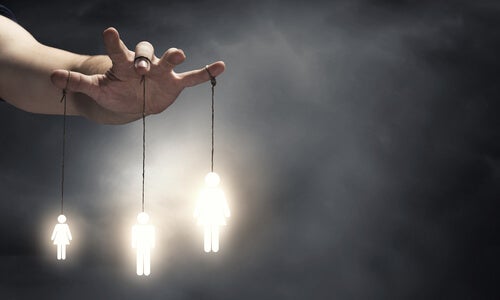 Considerable effort has been made to come up with the psychological profile of an abuser. But research still hasn’t produced reliable empirical data. That said, evidence does exist that there are traits common in all abusers.

Traditionally, boys and girls are taught different things as they grow up. Society teaches girls to be careful and sensitive. They get tips on how to be pretty and and make their dolls pretty, and how to be sweet and kind.

On the other hand, boys generally get toys that have to do with courage and fearlessness. And a lot of the time they are put in contact sports. The goal is for them to turn into strong, tough men able to protect all the girls. But they can’t show a smidgen of weakness.

The media plays a crucial role in gender differences in kids. Movies and TV shows all have the same characters: the buff policeman, the male protector of the family, the tough superhero. And although lately they’ve started to cautiously bring in female version, very few movies star a woman saving a man.

Generally, an abuser is someone who has very traditional values and was raised in an environment with sexist stereotypes. When they’re little they internalize all these things and end up as adults who see themselves accordingly.

The psychological profile of an abuser

Given the factors we mentioned, you can probably guess that most of the time the victims are women and the abusers, men. Statistics back up such assumptions. And now we’ll show you some of their most characteristic traits.

Abusers usually have distorted thoughts about gender roles. They see the other gender as inferior to them and that is how they justify their violence. They’re full of prejudices that make them react in violent ways.

Their intolerance make them tyrannical, stubborn, and anti-democratic. The rigidity of their thought makes them take things very personally. They leave no room for any perspectives that go against their own.

An inability to solve problems

Their lack of mental flexibility will make it impossible for them to find solutions to their problems. This might be because they display a polar, or dichotomous, pattern of thought. That is, they put themselves on one extreme or the other, good or bad. There’s no middle ground, no moderation allowed.

Evidence shows that they see everything as black and white because that’s the way they were raised. They’re usually children of people who raised them very strictly and militarily.

Their childhood set the tone for their emotional development. That’s why the psychological profile of an abuser is centered around low self-esteem. This lack of self-love might be the cause or the consequence of abuse. Of course, this is never justified.

The problem is that they’re not aware of their lack of self-love. Instead of improving their self-image, they choose to take a passive-aggressive attitude in virtually every part of their lives.

This passive aggressive attitude betrays their difficulty communicating effectively with others. In fact, low assertiveness is one of the most characteristic traits in the psychological profile of an abuser.

The way they impose their authority and rules is through bitterness, stubbornness, or laziness. Abusive people aren’t usually very assertive, so they don’t express themselves directly or clearly.

The main consequence of this wear and tear in their relationships with other people is gradual social isolation. Because they lack any kind of friendship, they focus all their attention on their partner.

Little by little, their romantic relationship will turn into an obsession. They create emotional dependence because they see the other person as their only source of intimacy or support. They keep demanding more and the relationship gets very unhealthy.

Abusers feel the need and duty to control everything their partner does or feels. Their work, family relationships, circle of friends, hobbies… They develop attitudes of extreme watchfulness and unhealthy jealousy.

Many times abusers unload their anger and rage in the home because of frustration they feel from work. They are very irritable and generally lack impulse control. This kind of violence, known as expressive violence, usually gets stronger as more violent incidents happen.

No self-control or empathy

The psychological profile of an abuser includes a lack of emotional control. Abusers are emotionally illiterate. They have a lot of trouble expressing their feelings. They don’t know how to reflect, and they lack any kind of empathy. This is what keeps them from feeling any kind of guilt over the pain and harm they’ve caused their victim.

Abusers normally win over their victim by seducing them. They’re manipulative people who use lies and false promises. And they’re capable of playing all kinds of roles to get what they want.

Although every case is different, these traits give an overall portrait of the psychological profile of an abuser. In general, you can see that they’re egotistical, sexist, and manipulative people. For them, psychological abuse is their main way of relating to people.

Unmasking Psychological Abuse: My Story
Here is the testimony of a girl. A friend who slowly fell into the claws of psychological abuse without even realizing it until it was almost too late. Read more »
Link copied!
Interesting Articles
Social Psychology
Taijin Kyofusho, The Disorder of Fears

“Since my mother never let me eat chocolate, I buy my little girl a piece every day,” “My father would…