Procrustes Syndrome: Do Well But Don't Do Better Than Me 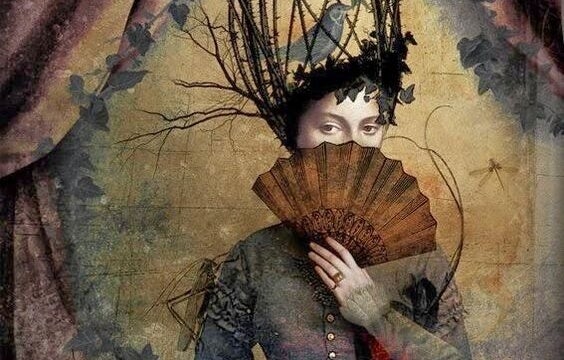 Procrustes syndrome is when people look down on anyone more talented or skillful than them. They discriminate against and even harass them.

They’re people who never move forward or let anyone else move forward. Frustrated, with a big head, they’re all over the place.

Maybe a name comes to mind. We should also add that this caricature — all-too-real, unfortunately –has unsurprisingly inspired several book and movie plots.

They are, to say it another way, the classic antagonist in our workplaces, classrooms, and families. And we’re talking about more than just being a “climber.”

“Procustes: – If you’re too tall, I’ll cut off your feet. If you prove you’re better than me, I’ll cut off your head.”
-Greek myth-
Although Procrustes syndrome isn’t in any diagnostic manual and has no medical basis, it does perfectly encapsulate what psychologists know as “elbowing out behavior.” That is, getting rid of the most brilliant people in a hostile way, and cutting out the smartest person out of pure intolerance and ego. Because, for them, there’s nothing worse than to be outdone in any way, no matter how small.

The Myth of Procrustes

Although the myth of Procrustes isn’t very well known, it’s undoubtedly one of the bleakest and most horrible. According to Greek mythology, the character was an innkeeper who ran a tavern in Attica’s highest hills.

There, he also offered travelers lodging. But, underneath those rafters and friendly roof that brought rest and comfort, hid a grisly secret.

Procustes had a bed where he invited travelers to take a load off. At night, when they were asleep, he would gag and tie them.

If the victim was taller and his feet, hands, or head went over the bed, Procustes proceeded to cut them off. If the person was smaller, he broke their bones in order to make them the right size.

This dark character carried out his grisly actions for years until a very special man came to his inn: Theseus.

As we already know, this hero gained fame by confronting the Minotaur of the island of Crete, and later on for becoming king of Athens.

They say that when Theseus discovered what this sadist was doing at night, he decided to give Procrustes a taste of his own medicine.

That’s why there’s now a proverb that goes: be careful, when some people find your opinions don’t line up with theirs or they see you’re smarter than them, they’ll put you in Procrustes’s bed.

How Do People With Procrustes Syndrome Act?

There’s no doubt that no one acts with the same violence as Procustes in our daily lives. But what we do see is the same hidden aggressiveness — in sports, politics, business, etc.

In fact, we all know that people who hold the highest positions in an organization aren’t always the most capable or qualified.

So when a brilliant, proactive, creative person capable of beating them in more than one way makes an appearance, they use their terrible tricks to defeat them, humiliate them, and put them in the corner where they’re no longer “a threat.”

Characteristics of People With Procrustes Syndrome

A person with Procrustes syndrome uses all their energy to limit other people’s abilities. They’re dream-chokers, hope-killers, psychological manipulators, and masters of hidden aggression.

Last but not least, we should also add that they manipulate people or abuse trust to “put an end” to successful people.

Don’t Let People With Procrustes Syndrome Cage You In

When we’re around difficult people around us, the best thing is almost always to “first learn to understand them and later to manage them.”

“Any human will blossom in a hundred unexpected talents and capacities simply by being given the opportunity to do so.”
-Doris Lessing-

When it comes to the worst cases of Procrustes syndrome, the best thing to do is to distance yourself. Remember that talent doesn’t get along well with threats or rigid and damaging power.

“Elbowing out behavior” goes far beyond simple competition. When it turns into an attack, when your boss or brother does everything to humiliate and beat you, close that door.

Then we recommend taking a step to look for spaces and people who let you spread your wings.

Despite the Procrustes in your life, don’t ever let them break your spirit. We were all born to stand out in some way. Let’s embrace it and find a place where it can bloom.

We all want to be happy as we get older. Even if life hasn't been all sunshine and roses, we can still have a better future. This is especially important when…

Sister of Robert, Ted and John Fitzgerald Kennedy, Rosemary Kennedy was the victim of one of the most terrible psychiatric…

It's always nice to have a good selection of quotes against violence because it causes a lot of damage. It has…