Princess Fiona is Her Own Heroine 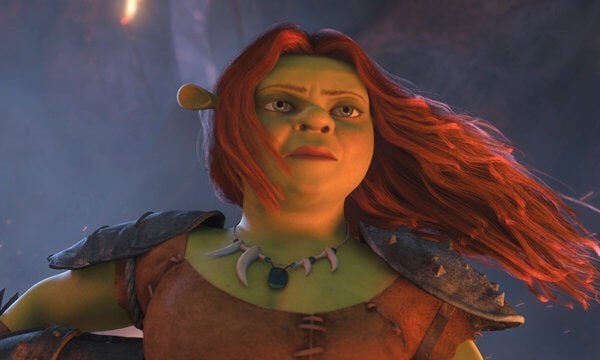 Shrek is a series of animated films that started in 2001 with a movie of the same name. Created by Dreamworks Animation and based on the book by William Steig, Shrek became an international blockbuster. Princess Fiona is the protagonist of this symbolic and loved movie series. Fiona is an example of dedication and courage. The movie paints her as an unconventional heroine.

To date, the Shrek franchise consists of four movies that follow the major plotline. These are Shrek (2001), Shrek 2 (2004), Shrek the Third (2007), and Shrek: Forever After (2010). They have also produced several Christmas specials and, of course, the movie Puss in Boots.

At the beginning of the story, we meet Shrek. He’s a grumpy and bad-tempered ogre who lives in a swamp. His swamp is his refuge and he lives there completely alone. One day, the king decides to move all fairytale characters to Shrek’s swamp. That’s when Shrek is forced to start a journey to rescue Princess Fiona. His companion during this trip is Donkey, an extremely talkative animal.

Princess Fiona is a beautiful young woman trapped in a tower that is guarded by a terrible dragon. No one knows why her parents decided to exile her to the tower as a child. According to the legend, only a brave knight on a noble steed will be able to rescue her.

However, Fiona is keeping a terrible secret. She is the victim of a curse. Every night she turns into an ogre, and then back into a human at sunrise. Just like in so many princess stories, only true love’s kiss can break the curse. Fiona knows that the knight who comes to rescue her will be able to break the curse. That’s why she is so disappointed when Shrek and Donkey are the ones who come to her tower to rescue her. He is, after all, an ugly ogre.

In spite of the fact that they seem very different, Fiona and Shrek have a lot in common. As the story progresses, Fiona realizes that Shrek is her true love. At the end of the first movie, Fiona and Shrek confess their love to each other. Then Fiona decides to live in the swamp with the love of her life, an ogre.

In the subsequent movies, the creators explore this dichotomy between the lives of Princess Fiona and Shrek. While Fiona grew up with great wealth, Shrek has always lived an austere life.

Although the movies focus on Shrek, it’s important to understand that Fiona is an incredibly brave woman. She is the one who makes the decisions about where her life is going. For example, she refuses to marry Prince Charming or King Farquad. She also decides to live in the swamp, when she could live in a castle. Fiona gives up privileges in favor of her own happiness and independence.

Princess Fiona in Forever After

The movie that makes it most obvious that Princess Fiona is the queen of her own fate is probably Forever After. In this movie, Shrek is a first-time dad, tired of the routine. Shrek uses a spell to change the past.

In this new reality, Shrek is never born. Consequently, he never rescued Fiona. Shrek is desperate and tries to find Fiona. He finds her in the middle of the forest, but she’s not the same person he met the first time. She is the leader of an ogre rebellion. They are the resistance against evil King Rumpelstiltskin.

Fiona, ignoring the curse that still torments her, is able to overcome her limits. She frees herself from the dragon and escapes from the tower. What’s more, she is able to gather a huge army of ogres to dethrone the king. Fiona doesn’t need a knight in shining armor to change her destiny. She saved herself.

In spite of all of her accomplishments, Princess Fiona is still a victim of her curse. The only way to break it is to find her true love and kiss him. However, in this parallel reality, Fiona never falls in love with anyone. In her effort to be independent, she denies love.

Many women these days believe that loving someone else will limit them. They think that love will restrict their freedom and independence. But loving and being loved doesn’t have to be limiting. Love turns two people into a team, and you can achieve so much more as a team.

Become your own heroine

Women should dare to challenge their own limits. Just like Princess Fiona, don’t wait around to be rescued by a prince. Each woman has the ability to be her own heroine.

At the same time, all women have to understand that love doesn’t make them less brave or independent. The bonds of affection make you stronger. After all, in a relationship, you have the support of another person to achieve your goals.