Precautionary Principle: What Is It?

The main purpose of the precautionary principle is to guarantee the final result of the due process. Read on to learn more! 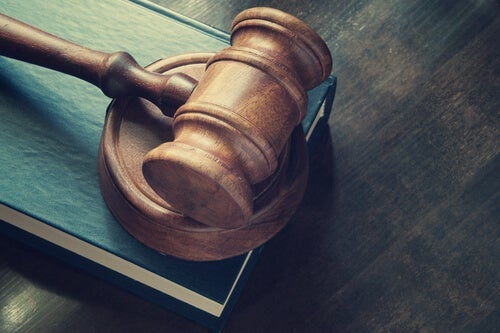 The precautionary principle is part of the judicial process. Moreover, it has a very specific purpose: to make the process itself effective. More specifically, it grants validity to an imposed sentence.

The main objective is to guarantee the outcome of the process through various measures and avoid possible problems that may arise. “Precautionary” in this context means: preventing the achievement of a certain purpose or foreseeing what might hinder it.

Thus, legally, the precautionary principle is basically a guarantee. It assures the People that there’ll be compliance with the given sentence. Also, because someone vouches for its own development.

The precautionary principle isn’t expressly mentioned in any laws or policies. In spite of our acceptance of it in international treaties and other statements, not much was done to legally implement it in some countries.

However, some U.S. laws do follow the concept of precautionary principles. For instance, the Occupational Safety and Health Act (OSHA) requires precautionary measures whenever there are chemicals used in the workplace, especially if they’re on the carcinogens list.

Every person has the fundamental rights both to legal counsel and to represent oneself in a trial. Above all, to be equal with the opposing party so nobody lacks defense at any moment.

The precautionary principle has two legal bases that give meaning to its existence. Their Latin foundations are periculum in mora and fumus boni iuris.

Main Characteristics of the Precautionary Principle

The precautionary principle has the following characteristics:

A precautionary principle is one that ensures the effectiveness of the judicial process. They apply to the person or persons under investigation, and even to mere suspects who allegedly committed an in flagrante delicto (a criminal caught in the act).

Specifically, let’s mention detention as a primary precautionary principle. A person is deprived of their freedom with the purpose of them being easily available to the judicial authority.

Thus, a precautionary principle can develop during the proceedings. It’s most transcendent for legal purposes. Also, a precautionary measure can divide into personal or proprietary, depending on whether the litigation is about a person or an asset.

Court clerks seek to ensure that the person or asset in question is there when the judge dictates a final sentence. A personal precautionary principle seeks to ensure the criminal is there to fulfill a given sentence. The proprietary one falls on assets or the assets that may become relevant during litigation; bails or seizures are examples of these. It’s worth highlighting pre-trial detention and probation as the two most important personal precautionary measures.

Finally, a preventive principle seeks to avoid an offense or a repeated offense. Its purpose is to ensure social control and safety. These are quite popular nowadays.

In contrast, the interdictive precautionary principle affects and restricts certain rights. In certain cases, these are part of the precautionary measures. This is because they create an alternative offer to pre-trial detention. Also, to protect the victims in the legal proceeding.

The Savanna Happiness Theory emerged from conclusions drawn from a scientific investigation published in the British Journal of Psychology. Although it…

Cats are wonderful animals. They love their independence but also enjoy being pampered. Some seem to hate the world, but…