Planes - A Wonderful Film About Overcoming 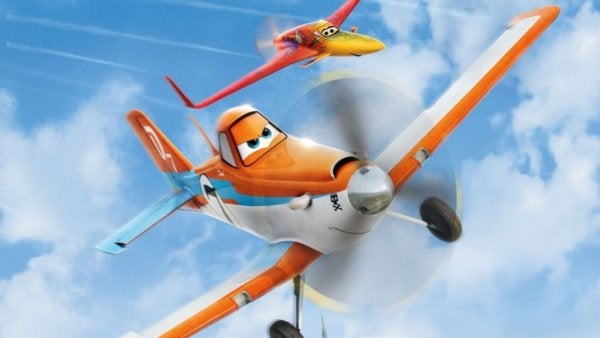 Some animated films are a great way of transmitting values ​​to little kids. But adults also have a lot to learn, especially when the message of the film talks about overcoming and resilience. The story of Dusty, in the movie Planes by Pixar, is a clear example.

In the film Planes we can see, frame by frame, how a crop duster plane becomes a real racing plane. It is a story of overcoming that highlights Dusty’s ability to face one of the biggest obstacles in his life. He had expectations in his life that were very different to what he had always dreamed about.

Dusty was born in the fields with only one destiny marked out for him – to be a crop duster plane. However, he lets himself dream about something very different – becoming a racing plane. To achieve this, he needs the support of his friends – Chug the fuel truck and Dottie the mechanic.

Throughout the film, both help Dusty to achieve his goal and do so in very different ways. While Chug totally believes in his friend, and ends up being his coach, Dottie is more skeptical of Dusty’s dreams. However, this lack of faith is not an obstacle for her to give him all the help he needs.

Throughout this process, there are many messages and conclusions that we can draw, and we can apply these to our own lives to achieve our goals. So we can act like Dusty, and give ourselves an opportunity no matter how strong the winds may be when we start out.

“Success is not always about winning, but rather about never giving up.”

Planes teaches us about excuses

Making excuses doesn’t bring us any closer to our goals, and that is something that Dusty shows us very clearly on screen. With the pseudonym “Fast Lightning”, he puts himself forward for the qualifying rounds for a round the world race, and, amazingly (even for him), he gets through. Now he has no excuses, his dreams can become reality.

For this he needs a little more help from a legendary racing plane named Skipper Riley. At first Skipper is not too happy about the idea of ​​training Dusty, but finally decides to do it, and the training turns into a great adventure for both of them. After a hard workout, Dusty is ready to fly on his own and he keeps on fighting to keep his dream alive. During the race he has to face the disbelief of some of his opponents, but he also has to make some new friends.

But Dusty doesn’t forget his humble beginnings for a moment. Flying low, due to his fear of heights, he proves his worth and integrity stage after stage. He even helps those who don’t believe in him, and earns their respect in the process.

Planes teaches us about overcoming

In everything we do there will always be problems, and overcoming them in many cases is what gives significance to the challenge. One we have overcome, things we have the motivation to keep going. The hero of the movie Planes, in search of his dream, also has to face his own obstacles. In the film he suffers a serious accident that threatens to leave him out of the competition and jeopardize his dream.

Fortunately there are other characters in the film that don’t let him give up. This is undoubtedly the most moving moment of the film, when his friends and his rivals decide to help him by showing their admiration and respect towards a humble plane who dares to defy the limits. A new Dusty is about to be reborn and the small crop duster plane will be transformed into what he has always dreamed of being, and what he has always really been deep inside – a racing plane. This is a wonderful message about overcoming!

“The greatest glory is not that we never fall, but rather that we get up each time we fall.”

Let go and be transformed

Dusty’s transformation is not immediate. His step from a caterpillar to a butterfly is not a miracle, but the result of patience, faith and work. It also has a lot to do with his character. He is a fighter with enough sense to recognize that he needs help. Along his way, he learns to slowly leave behind the biggest burden from his past – his crop dusting tank.

The very same accident that endangers his dream is what makes him react. The blow he suffers actually gives him strength to transform. Thanks to the accident our hero is closer to his goal. And thanks also to the unconditional support of his friends, who are able to see Dusty’s true self.

Planes is a highly recommended movie, and is fun and exciting at the same time. It also has a message  – we should aim high. With his achievement, Dusty inspires all those who watch his story to go a little beyond what they can see, both with others and with themselves.

Don’t forget, you are the only one with the right to decide who you really want to be.

11 Inspiring Movies That Will Make You Want to Be a Better Person
Here are 11 movies that will inspire you to be a better person, movies based on true events or made up, but all of them real classics of inspirational film. Read more »
Link copied!
Interesting Articles
Cinema, Television, and Psychology
The Assassination of Gianni Versace: American Crime Story