The Great Swindle by Pierre Lemaitre is a magnificent novel that portrays the end of World War I. The author takes you on a trip to 1919 Paris in a society that mourned the fallen and didn't know what to do with the survivors... 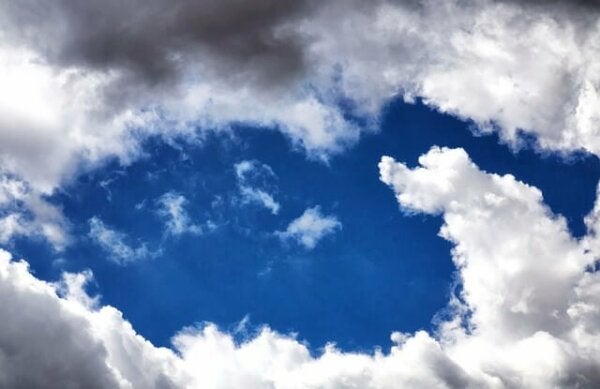 In the novel The Great Swindle by Pierre Lemaitre, World War I is coming to an end. Soldiers at the front try to push it out of their minds, fearing those omens that are faster than gunpowder won’t be fulfilled. It would be very easy to believe, but also difficult to assume that reality turned its back on their faith. Thus, the easy becomes difficult.

However, the rumors do predict what’ll happen this time, although perhaps it’s too late for the two soldiers who, in the last death throes of painful slaughter, will see their lives united forever, by invisible ties that would take a lifetime to explain.

The Great Swindle by Pierre Lemaitre

The novel and its film adaptation See You Up There, both begin inside the trenches where Lieutenant Pradelle fears the contest will end without having accumulated sufficient medals. To avoid it, he doesn’t hesitate to send two of his men to spy on the enemy and kill them from behind. Note that his intention is to provoke one last showdown that’ll bring him more awards and decorations.

However, Albert, one of his soldiers, discovers the ruse. Pradelle realizes he’s been discovered and tries to kill him. However, he’s out of luck this time. This is because the man he buries alive in an artillery crater doesn’t die.

Édouard, one of his companions, rescues him from death. This is a heroic act that won’t improve his luck. In turn, he gets hit by a piece of shrapnel that disfigures his face. The war ends for all of Europe, for all of France, and for the three characters mentioned above. After all, it’s the novel’s main plot.

Pierre Lemaitre – beyond a war

A large part of The Great Swindle is dedicated to the war’s aftermath. The challenge of rebuilding what’s destroyed. The return to a life away from the trenches where bullets fly over and there are good and bad guys who are really the same but wear different costumes. You get to read about the beginning of a mafia under the protection of corrupted institutions that don’t hesitate to trade and take advantage of the pain of an entire country. Of families who just want to close the wound and say goodbye to their loved ones. All they want is to bury their fallen heroes so they rest in peace.

It turns out to be a complicated mission. This is because those who carry out the task have little to no respect for ensuring a dignified farewell. The task is complicated and, in The Great Swindle, you get to read about how anyone’s will is nullified. Adding the two factors, you witness a disaster.

Similarly, there are those who are physically alive but mentally dying. People who returned with a beating heart, but are crippled, disfigured, and speechless. Their survival makes them suspicious to others, they didn’t sacrifice their lives as others did. Thus, others ignored them for reminding them of a past of horror, famine, and fear.

The Great Swindle is a story of loss and redemption

Two of the protagonists come badly out of this war. They don’t have the possibility of returning to the environment they once left behind. In them, you get to see how life breaks through; how the survival instinct remains. You get to see how fears grow while the thread with that which is vital is intact, be it through shoes or paper masks capable of transforming a disfigured face into a socially acceptable face.

You also get to see what childhood is like together with its particular way of seeing the world. A perspective that’s full of innocence and can often eliminate part of someone’s bitterness. The little ones aren’t interested in what they see, only in the possibilities of it.

Also, in The Great Swindle, you get to witness how broken hopes can affect you; how a father has to bury his son before he can even process his loss. You’ll understand it because you’ve probably felt it. It’s the feeling of thinking that something doesn’t matter to you until after it’s gone, discovering how wrong you were after you no longer have it.

When referring to his work, Pierre Lemaitre says that he couldn’t help taking The Life of Lazarillo de Tormes and of His Fortunes and Adversities as a reference. Certainly, there’s a parallel in its pages, it’s Édouard who teaches Albert (his guide) the different strategies to survive and take advantage of a world that neither loves nor appreciates them.

In short, this is a rather good book. It’s a portrait, sometimes ironic, of how war not only ends up destroying buildings or the lives of those who fight but also has the power to lacerate societies and entire future generations.

Some books don't leave much of a mark, but some we remember and love no matter how much time passes,…