Pierre Janet, one of the Founding Fathers of Psychology

Pierre Janet was one of the most important contributors to the study of the subconscious mind. He was also a primary instigator of what later became anti-Freudism. 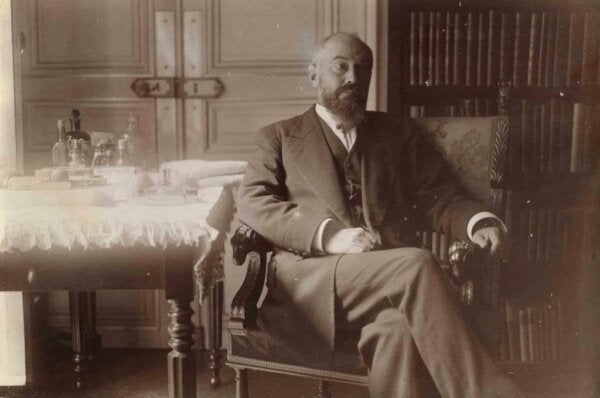 Pierre Janet was one of the founders of the French school of thought that eventually became psychological analysis. He was also an important theorist and proponent of the phenomenon known as psychological automatism and hysteria. His ideas are the foundation of what we know today as dynamic psychology and psychiatry.

Pierre Janet was a world-renowned professional and a pioneer in the study of the unconscious. In fact, Janet was responsible for coining the term “subconscious”. He was at odds with Freud for many years, which made him even more famous. At first, he called Freud a fraud. He said that Freud had stolen his ideas and simply changed the name. Janet also suggested that the Austrian psychoanalyst was a sexuality-obsessed pervert.

In France, Pierre Janet was a fundamental key to making psychology its own field, separate from philosophy and medicine. Janet founded the Psychology Association in France, which later became the French Psychological Society.

Pierre Janet was born in Paris, France, on May 30, 1859. He came from a liberal, agnostic, upper-middle-class family. His family was very intellectual, as Janet was one in a long line of teachers, jurists, philosophers, and scholars. The most well-known was Paul Janet, Pierre’s uncle, and an important influence on his life.

Janet’s mother was 21 when he was born and his father was twice her age. He had two younger siblings, Jules and Margarita. When Janet was 15, he started to experience crippling depression and had to take a break from his studies. People say he had a “religious crisis”. After he recovered, he enthusiastically returned to school. He decided to study philosophy, with a focus on psychology. At the time, the latter was a branch of the former.

When Pierre Janet was 22, he started to work as a philosophy professor at Le Havre High School. He spent most of his free time volunteering in a hospital. There, he studied different psychological phenomena. He was especially interested in verbal hallucinations, the subject of his doctoral thesis.

His research led him to a physician named Gilbert, who told him about the particular case of a patient named Leonie. Pierre Janet became obsessed with this case for years. He tried hypnotizing her and was frequently successful, whether physically close or far to the patient. He also found out that he could convince her to follow any instructions he gave her.

Pierre wrote about his work with Leonie, and the essay ended up in the hands of Charcot, who was impressed with the subject. Later, Janet started to do regular clinical work with hysterical patients in Le Havre. In 1889, he published his book titled Psychological Automatism.

After that, Janet decided to study medicine and wrote about his research and the subjects that fascinated him the most. He discussed hypnosis, automatism, the subconscious, among other things. He later became a professor at the Sorbonne and received international applause and acclaim for his work. Janet also gave conferences and gained popularity among researchers.

Sigmund Freud was younger than Pierre Janet and started his research later. He was also close to Charcot and had an interest in hysteria. However, he came to very different conclusions than Janet, who never put a lot of emphasis on sexuality nor developed anything like the free association technique of psychoanalysis.

As Freud’s ideas were gaining traction, Pierre Janet denounced him for plagiarism. That was the beginning of the anti-Freudian sentiment that continues to this day. What we know for sure is that Freud’s work started to take on a life of its own, and many of his colleagues and contemporaries faded into the shadows. The story goes that, in April of 1937, Janet asked Freud if he could visit his house, and Freud said no. He never forgave Pierre Janet for defaming him early in his career.

Pierre Janet died from pulmonary congestion on February 27, 1947, at the age of 88. At the time of his death, he was held in high regard in the international community for his innovative and important work.

His ideas continue to pave the way for many psychologists and psychiatrists today. Before he died, he burned the files of more than 5,000 former patients, a gesture that showed his strong sense of professional ethics.