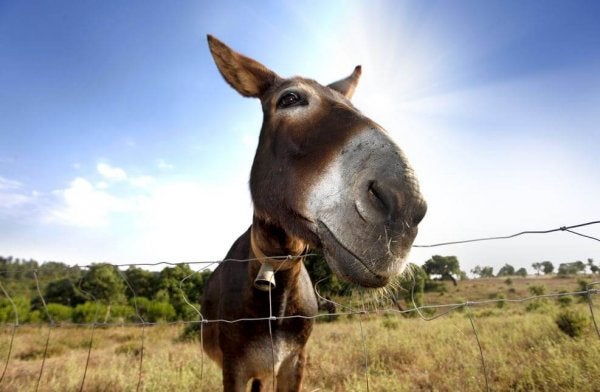 Right now you might be thinking, and what in the world is Buridan’s donkey? Since ancient times, humans have been making these furry friends the protagonists of stories. Children’s tales are very keen on this practice, bringing cicadas, ants, pigs and, of course, donkeys to life.

Buridan’s donkey is the protagonist in a medieval tale which attempted to attack reason as the sole source of knowledge. Concretely, this story emerged in order to criticize the rational demonstration of the existence of God made by Jean Buridan. Although, it can also serve as an attack on all the other ones that have been attempted. In this article we are going to use it in a different sense, but first, let’s learn the story of this historic donkey.

The story of Buridan’s donkey

It wasn’t a particularly special donkey. The funny thing about this story is the situation in which the donkey found itself. There are many different versions. Some say that the donkey found itself exactly in the middle of two piles of hay. At the same distance from each one. Others say that it stood between a pile of hay and a bucket of water. What the parable says is that the donkey was a being a very rational being. Hence, since he couldn’t decide between one pile or the other, he remained still and ended up dying of hunger.

How absurd, right? Well, as absurd as it might seem, surely you know someone who is a bit like Buridan’s donkey. You yourself may have even taken on the donkey’s mentality at some point. Usually the options we juggle, when it comes time to make a decision, aren’t equidistant from us. Though, they might be similarly attractive in our eyes.

What happens then? We start looking deeper, evaluating pros and cons and…Do you know what else also happens very often? One of the two options disappears. And, in the worst of cases, they both do. Then, we’re left with nothing. As we have been saying, indecision if the best thief of opportunity.

As we said in the beginning, this story emerged as a way to criticize the predominant use of reason as a means of moving through life. Because, it is these excessively rational people who find themselves trapped in paradoxes similar to our beloved donkey’s. And the worst part is that oftentimes they wind up having the same end.

Other times they don’t, not because they are finally able to make a decision, but because time or other people make the choice for them. And they do so by eliminating one of the options. As a group, their behavior is also characteristic. People who are like Buridan’s donkey will never be the ones who decide between two plans which are equally as attractive. But they are the ones who, once someone else has made a choice, will pull in the opposite direction. Thus, people who are like Buridan’s donkey are stationary by nature and good at “torturing people” in the type of group situations that we have described.

The people who find themselves around this type of person end up tolerating them. Also, they offer them the least amount of decisions or choices possible. They fear that the person might suffer a mental block or rational collapse. On the other hand, these also tend to be the people that others go to in order to talk about their problems. This is because they have a certain analytic understanding that is very well-developed. They will be able to evaluate the situation in a detailed and overall manner in a short amount of time.

An example of rationality being stretched to its limit can be found in one of the most charismatic characters in television, Sheldon Cooper. In fact, he’s the one who compares himself to Buridan’s donkey in one scene in The Big Bang Theory. We won’t tell you about the scene, because we don’t like spoilers. But you can see it in the seventh episode of the tenth season.

Leaving behind the silver screen, let’s head to the dressing rooms of many clothing stores. There, surely we’ll find that person who heads into the changing room with two items. Yet, they know they only have the budget for one. This type of person has the ability to drive their friends mad, no matter how patient they may be.

Link copied!
Interesting Articles
Culture
You Don't Have to Lose Something to Value It

Culture
Eating is a Necessity, But Eating Well is an Art

A big name in the field of food consciousness, Suzanne Powell, an Irish woman who specializes in nutrition, tells us how to find…

Culture
Can You Be too Responsible?

Most of us wake up every day thinking of all the things that we "have" to do, "need" to do, or "should" do. This burdens us with responsibilities and obligations.…