Paul Éluard and the Surrealist Movement

Paul Éluard was the founder of the Surrealist movement and a master of French lyricism. 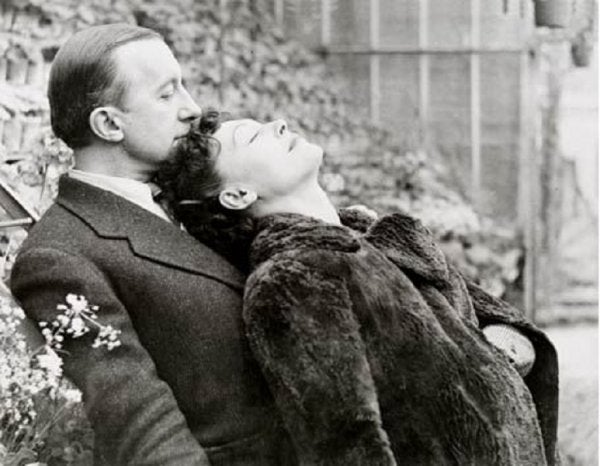 Paul Éluard is one of the most important poets of the Surrealist movement. He had a strong literary presence, knew how to express himself, and his sentimentalism made him one of the best universally-known poets. He wrote about love, freedom, and war with his characteristic passion.

“The language of my love doesn’t belong to human language, my human body doesn’t touch the flesh of my love.”

As with many other great poets, Éluard’s success lied in the emotional and intellectual honesty he poured into his poems. His verses have a subtle and deep authenticity. Éluard’s life had its ups and downs, but he was creative and intelligent enough to overcome the hardships he experienced. His existence was as eloquent as he was.

Paul Éluard was born on December 14, 1885, in France. He came from the very proletarian district of Saint-Denis, in France. When he was 12 years-old, Éluard enrolled at the Lycée Colbert. However, at 16, he contracted tuberculosis and had to drop out and spend a long time recovering in Switzerland.

During this time, he started reading Whitman, Baudelaire, Nerval, Rimbaud, Hölderin, and Lautréamont. His first work, Premiers Poèmes, was published in 1913. After he recovered, Éluard was drafted and deployed to serve in World War I in 1915.

Paul Éluard could write anywhere and under any circumstances. In the midst of war, Éluard wrote two of his most famous works: Le Devoir (1916) and Le Devoir et l’Inquiétude (1917). In 1917, his company was attacked with gas, which affected his lungs. Éluard was then sent off to Paris.

During his second stay in Paris, Éluard reunited with a woman he had met once before, Elena Ivanovna Diakonova, better known as Gala. They married in 1917.

However, Gala was a free spirit and fell madly in love with Max Ernst when she met him. Éluard didn’t oppose this affair. As a matter of fact, the three of them ended up living together.

Not long after, Gala met the love of her life: Salvador Dalí. As a result, her marriage with Paul Éluard ended in 1929, which left the poet very heartbroken. Nonetheless, Éluard decided to travel across the world. This helped him write beautiful poems.

Paul Éluard married two other times. First, he married a woman he called “Nusch”, who modeled for Picasso. They married in 1934. However, she died in 1951. Afterward, he married Dominique. This marriage ended when the poet’s died.

Throughout all of this, Paul Éluard became the voice of freedom. He joined the Communist party and wrote about peace, freedom, and justice. During World War II, his writing inspired the Resistance. This forced him to go into hiding.

His poems against war are masterpieces, just like his love poems. A distinguishing trait was his ability to express feelings and predicaments. Paul Éluard was definitely a master of French lyricism.

The Importance of Poetry
The strangest thing just happened. A poet just won a Got Talent contest in Spain. Surrounded by songs and amazing act, poetry won the day. Read on and find out about Cesar Brandon, the unlikely winner. Read more »
Link copied!
Interesting Articles
Literature and Psychology
Discover Aeschylus' Great Sayings

Literature and Psychology
The Six Blind Sages and the Elephant: Learning to Value Other People's Opinions

It's not always easy to value other people's opinions. This is because, when they're completely different from our own, we…