The Mothers of Soacha - an Example of Courage 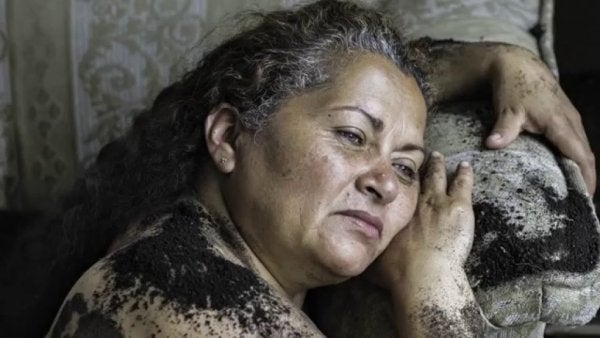 Soacha is a municipality which is very close to Bogotá, the capital of Colombia. This place has been the setting for all kinds of complex difficulties. One of the most serious events which happened in Soacha was the so-called “false positives.” This is a crime which takes place when military forces kill civilians to make them pass as criminals and obtain benefits for it. Read on about the mothers who fight this.

There have been nine confirmed cases of false positives in Soacha. And although the total number of victims of this type of crime rises above 3,000, they have had a much bigger impact in Soacha. In this town, the mothers of the victims created an organization and undertook a struggle which still continues to this day. They based their efforts on “the Mothers of the Plaza de Mayo” in Argentina.

“Don’t let anyone tell you what you can or cannot do, or cannot achieve. Do. Not. Allow. It.”
-Emma Watson-

These women were baptized by the press as “The Mothers of Soacha.” They are also called “The Mothers of October” because it was in that month when they began the creation of the group and took their first steps. Their struggle has led them to a crusade of denouncement throughout the world. Their work has been recognized by several international awards.

One of the shocking cases of Soacha

One of the most paradigmatic cases of false positives in Soacha is the one of Fair Leonardo Porras. He was a 25-year-old man who had a cognitive disability of more than 53%. Fair lived in a humble home, like most of the inhabitants of Soacha. He worked in simple trades, mainly in construction work. Also, he was recognized as a caring person who helped everyone in exchange for a few coins.

One day, he never returned home. His family started a frantic search in the hospitals, prisons, hospices, and even morgues. However, they couldn’t find him. Months later, his corpse appeared in Ocaña, a municipality which is more than 600 kilometers away from Soacha. They were told that he had died in combat since he was secretly the head of an armed commando guerrilla group.

When his relatives went to retrieve his body, they found great inconsistencies in the story they were told. For example, his body had allegedly been found holding a weapon in his right hand. But the young man had no mobility in that hand and there were even medical certificates which proved it. It is illogical for someone with a cognitive disability to have been the leader of an armed group.

The mothers who became heroines

It was Luz Marina Bernal, the mother of Fair Leonardo, who determinedly undertook the fight to clarify the facts. The president of Colombia at that time, Álvaro Uribe, implied that the young man, and the other eight young men of Soacha who were found, were all criminals. That’s why the mothers of Soacha set the goal of restoring their dead children’s good name.

Thanks to the help of the legal officers of Soacha and the prosecution agents, these women managed to make the responsible parties face prosecution. Mrs. Luz Marina found out there that her son had been “sold” for less than $100 to members of the Colombian army. They deceived him and made him travel. Later, they murdered him while his back was turned and called it a “death during combat”. They obtained special permits and money for their “good performance”.

With great courage, Luz Marina Bernal and the other mothers of Soacha faced several death threats. People demanded that they renounce their complaints and stop their acts of pressure for justice to be done. After more than five years, the murder of Fair Leonardo Porras was declared as a “crime against humanity”. This means that it offended all of humankind. The perpetrators received sentences of over 50 years in prison. The minds behind the crime are still unknown.

The mothers of Soacha expressed their tragedy in a play and in various artistic manifestations. They are called “The Antigones” and have become an example of courage and resistance. Just like their counterparts in Argentina, they decided not to stay silent in the face of arbitrariness. They proved that their feminine strength is capable of winning even in the most difficult and atrocious scenarios.

A Mother Is a Mother, Not Your Best Friend
Read more »
Link copied!
Interesting Articles
Psychology
The Language of Kisses

We kiss for pleasure and to get out of tight places, we kiss passionately, slow and sweet, we kiss to calm our spirits, we kiss with warmth, we kiss with…

Psychology
Zygmunt Bauman: How Facebook And Social Media Trap Us

Zygmunt Bauman is a Polish sociologist who has gained fame and recognition thanks to his book Liquid Modernity. In it, he…

Certainty is associated with that need we have of knowing what is going to happen next. This is so we can anticipate life and control it. So it doesn't take us…

No tarot card is a true reflection of your future. Your destiny isn't written in the stars, nor will luck…

Not forgiving is not healthy. Distancing yourself from the pain and anger caused by an offense that someone made towards…