Michel Foucault: One of the Great Thinkers of the 20th Century

Michel Foucault is one of the most influential French philosophers and psychologists of the 20th century, and known throughout the world. In this article, learn about his life and work and how his thinking contributed, to some extent, to mobilizing society. 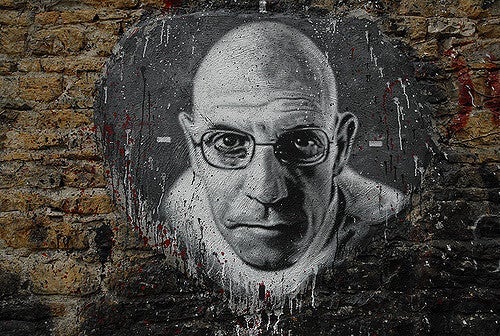 Michel Foucault is regarded as one of the great thinkers of the 20th century. This philosopher, psychologist, social theorist, and historian developed different ideas that had a direct influence on French culture. That being said, his contributions go beyond those borders and the different areas he stood out in.

Very prolific, he achieved worldwide fame and notoriety thanks to his research on numerous subjects, such as psychiatry. Also noteworthy are his studies on human sexuality, the health system, and even social institutions, with a special focus on prisons.

Besides being an activist, his inquiring mind made him a very active person in his research and studies. All of this was reflected in his work and in the intensity that characterized his life.

Foucault is a multidisciplinary author whose contributions continue to be very useful in very different fields.

Michel Foucault was born in Poitiers, France, on October 15th, 1926. As the son of a prestigious French surgeon, his family expected him to follow in his father’s footsteps. He grew up in a family that placed a high value on studies and considered that knowledge was essential.

This environment would lead him to attend very important schools, although he wasn’t always the best of students. He achieved success and recognition in his studies but had failures too.

Foucault studied at the prestigious École Normande Supérieure, a school that taught France’s best humanities thinkers and specialists. For Michel Foucault, though, his time there was a very difficult one. He suffered from depression and even attempted suicide on several occasions. For this reason, he received psychiatric treatment as a young man.

Due to his contact with psychiatry as a patient, his other great passion emerged: psychology. His premature contact with this discipline led Foucault to study it as an academic subject. He obtained his degree in psychology, in addition to his training in philosophy. Such was his prestige that he remained as a teacher in the same school that he had attended.

However, he soon obtained a position as Professor of Psychology at the well-regarded University of Lille. Later, he joined the philosophy department at the University of Clermont-Ferrand, in order to complete his doctorate.

During this period, he wrote most of his works on psychiatry, psychology, and mental health. His work on sexuality, politics, and social issues came after this stage in his life.

Later, the famous student revolts of May 1968 left a big impact on Michel Foucault. He started to get involved in political activism, which is why he ended up joining the philosophy department of the Université Experimental Paris VIII, a university that had just been recently founded.

Finally, he was elected to the academic body of the Collège de France. This was a position of considerable prestige that allowed him to travel around the world giving classes and conferences. As a result, this increased his participation in politics.

During these years, people criticized him for changing his mind and ideas. He defended his actions, saying that this was a quite normal thing to do when acquiring new knowledge and experience. However, this led him to destroy much of his work and to ban the publication of the remaining writings.

Finally, after a life of emotional ups and downs and a great dedication to study and research, Michel Foucault died of AIDS-related causes in 1984.

Michel Foucault detected shortcomings in the main ideas of the time that dealt with psychopathology, especially psychoanalysis, phenomenology, and evolutionism. Later, he based his theory on the global interpretation of mental illness, from two points of view that were new for that time: the cultural and the social.

Foucault saw that power originates from all spheres of society. As a consequence, he proposed analyzing the existing power relationships in the social environment, according to his criteria. He regarded philosophy and research as analytical weapons that could build real changes to society. For this reason, he considered that the role of the thinker was to contribute to society.

Foucault analyzed how the subject in psychology was constructed from the three fundamental areas of knowledge regarding human beings:

Foucault went further in his research, providing a historiographic component that was quite novel for its time. In other words, he decided to give an account of how certain issues had been dealt with throughout history. In this way, he was able to verify and discuss the changes that occur in different historical periods. A diachronic view of a problem provides an objective view of the same fact in the present day.

How has madness been treated throughout history? And sexuality? What conclusions can we draw from that? He expressed all of this in his writings, among which we can highlight: Madness and Civilization: A History of Insanity in the Age of Reason, The Order of Things, The Archaeology of Knowledge, Discipline and Punish, The History of Sexuality, and The Birth of the Clinic.

People regard Michel Foucault as one of the great French thinkers of the last century. His thoughts greatly influenced the philosophy and psychology of the 20th century. In addition, many of his works are still available today and continue to have an impact on society.

5 Impressive Quotes by Michel Foucault
Almost all of Michel Foucault's phrases are profound and disconcerting. It's to be expected if you take into account that he was a great French philosopher of the contemporary era. His quotes marked a before and after in history. Read more »
Link copied!
Interesting Articles
Biographies
José Ortega y Gasset - A Regenerationist