Mercedes Sosa: Biography of the "Voice of America"

Mercedes Sosa was a woman with an amazing voice who began her career at the age of 15 and never looked back, enjoying success after success. She was also committed to the cause of justice and human rights, and she never betrayed her convictions. 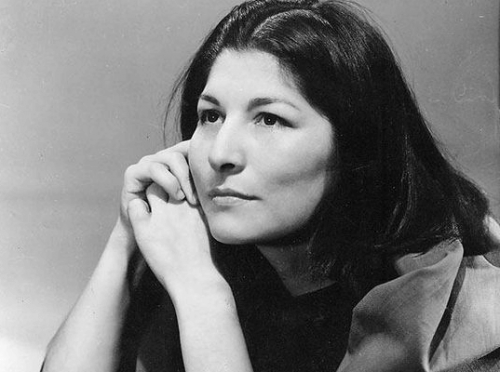 Mercedes Sosa had two concerts in which she could hardly contain her own emotions. The first one took place in Barcelona, in 1973, during her first concert in Spain. The country was ruled by the dictatorship of Francisco Franco and advertising for concerts was strictly forbidden. However, people came en masse to sing along to her songs and “La Negra”, as she was known, ended up crying on stage.

The second of those unforgettable concerts took place in February, ten years later. She was performing again in her native Argentina, after having suffered a bitter exile. The Argentinians were also chanting her songs and Mercedes confessed that she couldn’t even look at the audience because, if she had, she wouldn’t have been able to hold back her tears.

It’s said that, after that concert, Admiral Carlos Alberto Lacoste asked, “Who gave Mercedes Sosa permission to be in my country?”

Mercedes Sosa, “the Voice of America”, was a woman of humble origin who never compromised when faced with abusive powers and who had to pay for her principle of consistency. She was also, and above all, a prodigious voice who made her singing a way of narrating what life was life in Latin American for the whole world to hear.

Her official name was Haydée Mercedes Sosa, although her parents had agreed that her name would be Marta Mercedes. Her father registered her and decided to change the plans at the last minute. Despite this, her family called her Marta throughout her whole life.

She was born on July 9th, 1935, in San Miguel de Tucumán, Argentina. There are a couple of curiosities surrounding her date of birth and death.

Mercedes was born on the same day that Argentina celebrates its independence, which, surprisingly enough, was signed in her hometown. Some 74 years later, “La Negra” died on October 4th, which was the birthday of Violeta Parra, a woman to whom Mercedes gave world fame.

Sosa was the daughter of a humble sugar mill worker and a woman who made a living washing clothes for wealthy families. Her parents were loyal Peronists and, on October 17, 1950, they traveled to Buenos Aires to celebrate Peronist Loyalty Day.

On that same date, the singing teacher was absent from her school and she was chosen to sing the National Anthem of Argentina. This was her first public performance.

The beginning of a successful career

Some of her schoolmates convinced her to go to a local radio station because it was running a singing contest at that time. Mercedes agreed to do it, and when she had finished singing her entry, the owner of the station declared the contest was over because they had already found their winner.

Since then, Mercedes started singing regularly on the radio. In 1957, she married Oscar Matus, a folk musician, and both moved to Mendoza, an Argentine province she loved dearly.

Sometime later, she gave birth to a son, Fabián Matus. Together with her husband and the poet Armando Tejada Gómez, they created the New Latin American Songbook movement.

The marriage lasted only eight years and her husband left her for another woman. Mercedes moved to Buenos Aires and, in that same year, an almost magical event occurred. During the Cosquín Folklore Festival, the most important of its kind in Argentina, the musician Jorge Cafrune invited her to sing on stage, although she had never been officially invited. She accepted the invitation and the audience was immediately mesmerized.

The Voice of America

From that moment on, Mercedes Sosa’s success never faded. First of all, she conquered her own country, then the whole of Latin America, and, finally, the whole world.

She found a new partner, “Pocho” Mazzitelli, a musicians’ representative, who never left her. Those were happy times for her and she had no hesitation in calling her second husband “the great love” of her life.

After the military coup in Argentina, she experienced difficult times. At first, her records were banned and she was placed on the dictatorship’s blacklist.

In 1978, during a recital in La Plata, one of her performances was interrupted by the military. Some officers slapped her in public and then arrested her and the rest of the audience. This event led her into exile, first, to Paris, and later, to Madrid.

The exile was a bitter experience, especially since it coincided with the death of her second husband. She said that it took her nine years to come to terms with that loss. Despite her loss, the audience’s veneration, along with her singing, gave her back her zest for life.

There were new concerts again, and even experiments with rock music. She died on October 4th, 2009, in a Buenos Aires hospital, at the age of 74, leaving behind her an amazing career and an absolutely immortal voice.

Joan Báez: The Biography of a Singer and Social Activist
Joan Báez is an icon of social activism and the fight for human rights. The weapon she uses to fight for her beliefs is music. Read more »

Culture
Cherophobia, the Irrational Fear of Being Happy

It might sound contradictory, but the fear of happiness exists and is known as cherophobia. It's an irrational fear which…

A novel study investigated the neural interrelationships between sacred values, social exclusion, and extremism with violent manifestations. This research revealed…