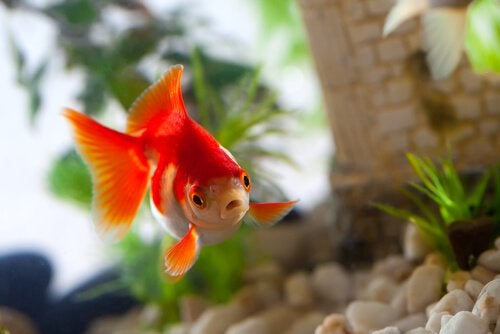 Lucio is the protagonist of the experiment that lends its name to the syndrome. His behavior in the study was the point of departure for what is known today under the name “Lucio Syndrome.” But what does this little fish teach us?

We have more of Lucio than we think. Even though we do not live in water nor do we have gills, we will be able to identify with Lucio when we know his story. Furthermore, being familiar with Lucio Syndrome will probably make us reflect on our own behavior or thoughts about certain situations.

During this test, our friend offered a great lesson to scientists and psychologists. It was later compared with what we do as human beings. It seems that the way a fish behaves and the way a person behaves have more in common than it would appear.

The experiment that gave rise to “Lucio Syndrome” was very simple. The fish in question was placed in a fish tank divided into two sections by a transparent window. He was on one side and his food was on the other. The first thing Lucio did was try to eat that feast that lay before his eyes. But just as he was coming up on the prey, he ran into the glass.

He tried over and over until he gave up and changed directions, swimming on his side of the tank. The researchers withdrew the dividing window, yet Lucio continued behaving as if the window were there and did not try to access his food again, staying on his side of the fish tank. Why? Because his experience had conditioned him and he was sure that there was no way to get to them.

Something similar to what happens to Lucio is what happens to the elephant in the famous story by Jorge Bucay. This elephant is chained up when it is little. Chains that do not allow him to escape at that time, yet when he grows up, the chains are weak faced with his new strength and even so, he does not try again to escape.

Something similar to what happened to Lucio and the elephant happens to us quite often. When we think that there is something that we cannot do because previous experience has told us so, we stop trying. Despite the fact that conditions change, that we grow and acquire new skills, we do not try again because in our experience lies the memory that we will fail.

If we believe we have all the information about a situation, but we cannot complete our mission or task, we are demonstrating Lucio Syndrome. That is to say, we accept that inability thanks to our previous experience. If something did not work in the past, we automatically think that the same thing will happen in the present or future.

We refuse to look at or consider other options or perspectives. We lower our heads and give up. We raise the white flag without trying it again because we have already done it and we did not get good results. Be it from family lessons, personal experience, or erroneous information that we have gathered, we can act like Lucio and not try again.

Each time you say “I already tried enough times” or “there is nothing more that I can do here,” think again. Maybe the situation has changed and the glass that separates you from your objective has been removed. Start analyzing what you needed to do and go towards it.

Do not forget that change and transformation require consistency and persistence. If it was not possible today, try it again tomorrow or next month. Do not give up. Do not suffer throughout the process. It is better to take advantage of learning from it.

Do not let anyone or anything condition you and change your thoughts and beliefs. Not even you have the right to do this. Think about Lucio the next time you have an overly difficult task that you must face. But do not act like him. Look for a way to come out successful even though it may take you time, energy, and resources. The reward of achieving your goal is enough to make it worth trying one more time.

Over the course of your life, you'll have to deal with uncertainty. Everyone does. Things will come up that you…

Psychology
The 5 Keys to Assertiveness

The keys to assertiveness are all actually very simple. They come from respect, humility, and a desire to live a better life. Of course, learning to be assertive will take some…

Psychology
How Does Drug Use Affect Adolescent Mental Health?

Drug use in adolescence is the source of many mental health problems. For example, a teenager who uses drugs is more…

Without a doubt, siblings play a significant role in our lives and development. Throughout history, there have been many stories,…