Love Is a Much Better Teacher Than Violence 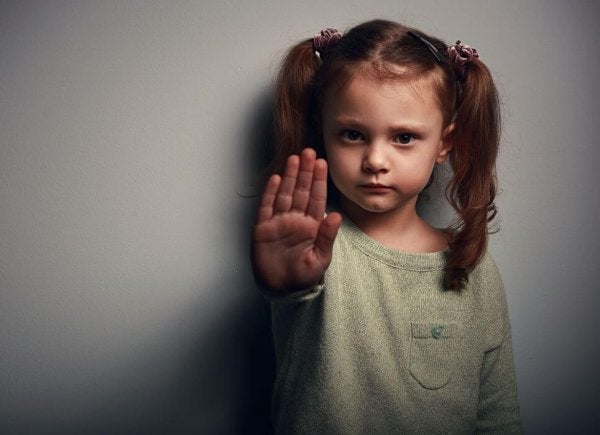 This article is dedicated to all of the people who think that “a good smack in time is what kids need in order to stop acting foolishly”. I say it in the jargon that people use on the street, because that’s how I’ve heard it in schools, playgrounds, parks and social networks. I say it this way because I think it also reflects just how sad it is.

We have gone from an educational model in which children weren’t allowed to open their mouths to a mix of models which disorient the parents and create a chaos of the children’s references. A form of Babel Tower in which relativism dominates. Everything can be good, and everything can be bad. It all depends, as the song used to say.

Well, not everything is questionable. As in any other environment, in education there are always red lines which should never be crossed. One of them is violence.

A smack is violence

“I don’t hit my child. I only give him a good smack once in a while so that he behaves and doesn’t forget who’s boss.” “It actually hurts me more than it hurts him.” “I don’t like it, but sometimes I don’t have a choice.” Well, first of all, if we teach our kids that violence- regardless of the kind- serves to accomplish a purpose, that’s what what they’re going to learn.

Keep in mind that our actions are the ones which educate our youngsters the most. There is nothing that teaches faster or better than the examples your figures of reference give you.

They will also probably not like to hit their coworkers later on, but they are going to consider it an option because their tutors, parents or educators also do. In fact, they use it on him, although they love him very much. Then, even more of a reason to use it on people we don’t really like that much, right?

“Sometimes I don’t have another choice.” This phrase links violence to frustration. In that smack, the parent can see the frustration of not having achieved the objective through any other means. In many cases, rage is hidden within this action due to having to go through with something despicable. An emotion, which implies more energy to release and, therefore, a stronger blow.

A smack is sad

This way, the child may go from hitting to threatening, discriminating, isolating or insulting others. Thus, they will receive yelling, smacks, or blows for all of these behaviors, and they will continue to not know how in the world to behave.

Another popular comment is “I got hit, and I turned out alright”. Fortunately, sometimes people turn out okay “despite” certain behaviors instead of “thanks to” them. There was probably someone who taught you or who you could observe in order to learn how things were done. How not to use violence as a form of negotiation.

Keep in mind that this is the issue, nothing else. Fortunately, it is very rare for someone to turn out traumatized due to a smack. But, what I’m trying to say is that, you can educate a child well without using them. Yet, it does require greater effort, more patience, more reflection and time shared with our children. Quality time, not simply the time you have left over after working, cleaning the house, ironing, and grocery shopping.

It requires us to pay attention to what they do, not just what transcends our barriers of susceptibility and is a nuisance. To what we say to them, not only when they misbehave or try our patience.
If we do this, the smacks will disappear, because they will simply not be necessary. We won’t need such a drastic measure to straighten out the trunk of a tree that has bent too much. Instead, we will have done so with love, with every inch that it has grown.

That won’t hurt anyone. Think, is there anything more beautiful than that? Furthermore, children also have their own important affairs…

Alien hand syndrome (AHS) is an uncommon neurological disorder. However, due to the severe disabilities it causes, it's a condition we should learn about. The body experience is a very complicated…

When exams are just around the corner, all students want is for their grades to prove their hard work. Their…