Ever since its release, Love Actually became a new classic Christmas comedy. Although it's simple, its message is universal as it gives people hope. 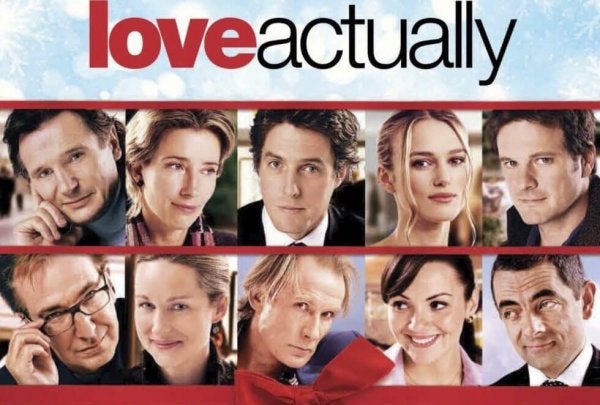 December is the month of lavish dinners, reunions, and excesses. But it’s also the month of the classics and traditions that repeat year after year. You buy a Christmas tree, hope to win the lottery, eat nougat, and say goodbye to the old year. Also, you eat dinner with your family, drink champagne, and, finally, you watch Love Actually… again.

It seems that Curtis’ film is already a Christmas tradition, a classic. It’s Mariah Carey’s “All I Want for Christmas is You” gone cinema. Year after year, ever since it premiered in the now distant year of 2003, Love Actually embraces us with its love stories full of Christmas spirit.

Yes, there are many Christmas films, but Love Actually seems to be a favorite. It’s the one film that many, many people want to watch at least once a year during their Christmas holidays.

Richard Curtis managed to put together a successful cast and interweave a network of stories that reflect the different stages of love. He built a sort of Christmas myth.

“Whenever I get gloomy with the state of the world, I think about the arrivals gate at Heathrow Airport. General opinion’s starting to make out that we live in a world of hatred and greed, but I don’t see that. It seems to me that love is everywhere.”

Richard Curtis became successful as a screenwriter with titles such as Bridget Jones’s Diary (2001), Notting Hill (1998), and Four Weddings and a Funeral (1994), all romantic comedies. Interestingly, all of them starred Hugh Grant. He definitely established himself as one of the kings of this genre during his youth.

Grant worked for Curtis again in Love Actually, a film he also directed. Other famous actors such as Emma Thompson, Alan Rickman, Colin Firth, and Liam Neeson, among others, joined the cast as well.

Curtis achieved something impossible. He brought together many of the British actors of the moment. For example, Alan Rickman already enjoyed a lot of recognition last century. And even newer actors such as Keira Knightley were already shinning at the beginning of the new millennium.

Thus, Curtis consolidated a well-known cast in which some of the stars of romantic comedy, especially Colin Firth and Hugh Grant, stood out. They pretty much guaranteed the film’s success.

Thus, it’s no surprise that Love Actually broke box office records. This is because many, many people wanted to see the Christmas movie of the century.

However, its real success came much later, mainly due to word of mouth and television showings. Somehow, the film became the icon of romanticism the Christmas spirit.

People just want to sit on the couch and relax after a copious Christmas meal. Most just want to de-stress by having something in the background that enlivens the Christmas spirit but doesn’t force us to think… too much.

This is precisely what Love Actually delivers in the form of a romantic, sweet, and witty comedy that warms up a winter evening.

Indeed, Love Actually doesn’t want people to think too much and isn’t tedious. It puts more than one smile on your face and also leads you to remember your own stories. What’s the secret? It tells a series of love stories from different perspectives.

There’s the young preteen who’s experiencing his first love and feels it with great intensity. Also, the marriage that, after many years together, begins to feel the ravages of routine and infidelity. In addition, there’s the man who’s in love with his best friend’s new wife. Finally, among others, the lovers who, despite not speaking the same language, manage to understand each other. There’s even a dancing prime minister who’ll do anything to get the woman he loves.

Similarly, there’s Billy Mack, the washed-out musician who adds a comedic musical note. This pop star is a rather irreverent character in the film.

Thus, Curtis managed to hit the right spots with the most varied love stories. But just when everything gets too sweet, another more tragic or more informal story bursts into the scene.

As you can see, Curtis managed to merge the corny, the tragic, and the absurd and succeeded in portraying a few of the many facets of love. The interesting part is that he used popular language. He shared stories that, although a bit exaggerated, definitely connect with reality.

For example, there’s a young man who isn’t very popular with women in the United Kingdom. But then he moves to the United States and realizes that his accent is hot over there. In addition, there’s the worn-out marriage between Emma Thompson and Alan Rickman. And then there’s the young woman whose mentally challenged brother doesn’t leave her time for a life of her own.

It’s true that other stories are clichés and have been told again and again. Such is the case of the young man who’s in love with his friend’s new wife. Most people in this era would consider his actions a bit stalkerish rather than romantic.

Thus, Love Actually became the Christmas classic it is today. But it has also led the audience to miss some contemporary values ​​in some of its stories.

This doesn’t mean the film aged disgracefully at all. In fact, its message remains as simple and clear as it was during its premiere. However, if you analyze the film from an updated perspective, you’ll realize the scarce dialogue of the female characters. Also, there’s no representation of the LGTB community.

Apparently, Curtis had a story between two people of the same gender but ended up throwing it away in his final version. Surely, if Love Actually had been filmed 15 years later, there would be at least one such story. Also, there would be more diversity and women would have a different edge.

In some ways, it seems that the year 2003 is pretty far away. In fact, the film shows how people’s perspectives have changed since then. Also, how what you once considered normal and even romantic is the source of a lot of criticism today.

In spite of it, the film is pretty relevant for its age and its message remains universal. It shows that love is everywhere, in every corner. It shares many stories viewers can identify with. And that’s precisely one of its keys. The audience relates to the characters with feelings rooted in a simple and natural discourse.

Love Actually draws stories where feelings are important. And even though it seems unlikely, it appeals to love in general; to that feeling everyone treasures.

Perhaps, its keys are the humanity of its characters, the lightness of its comedy, and the universality of its message that begins and culminates with the classic airport scenes. This is because they’re a faithful reflection of what airports look like during the Christmas vacation: places of passage, reunions, hugs, and tears, among others. It’s, perhaps, the best reflection of what love actually is. 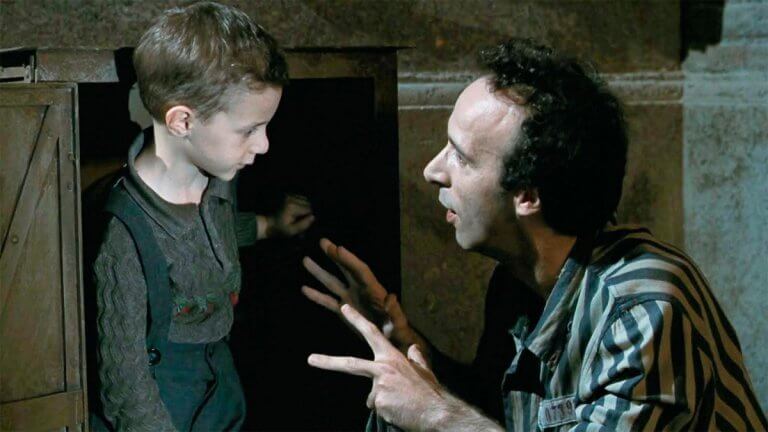 Life is Beautiful – a Film about Overcoming Adversities
Life is Beautiful is probably the most internationally recognized and acclaimed Italian film. The script, the soundtrack and the actors' interpretations make it an unforgettable film, capable of make us laugh and cry and transmitting an infinity of emotions. Read more »
Interesting Articles 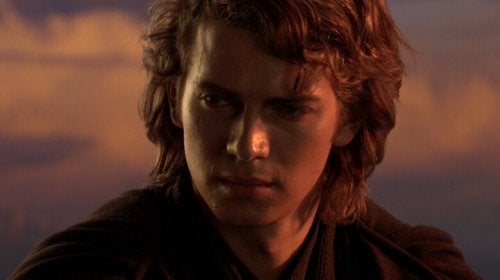 With the premiere of the new Star Wars trilogy, it seems that the passion for the saga has awoken again. However, despite the new movies’ positive reviews and box-office successes, there is something missing from the two original trilogies. That… 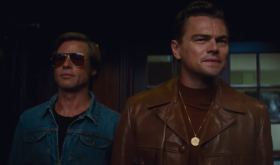 Cinema, Television, and Psychology
Tarantino’s Once Upon a Time in Hollywood

Tarantino did it again. In the non-stop, impatient world we live in, he managed to gather people together at the movie theater and hold them there, spellbound, for almost three hours. No one in the audience checked their cell phones… 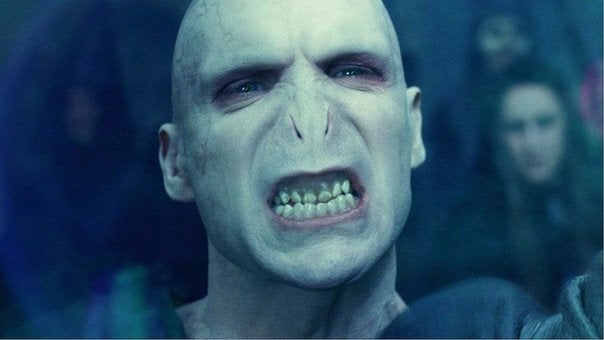 Voldemort, whose real name was Tom Riddle, is the main antagonist in the Harry Potter saga. From an outsider’s perspective, he’s quite different from Harry. However, if we delve deeper into their characters, we see that they have a lot of… 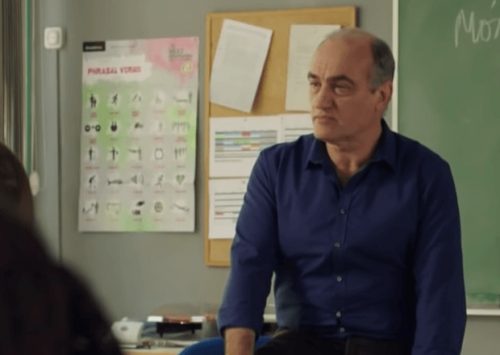 There have never been so many TV series out at one time as there are now. Although, to be fair, calling them “TV” series isn’t exactly accurate anymore. All these new streaming platforms for TV, movies, reality shows, and documentaries have… 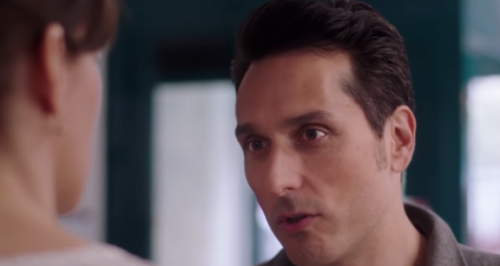 Today, we’re going to talk about a movie that came out over a year ago. French cinema, which has always shed light on social issues, now brings us this Éléonore Pourriat film. I Am Not an Easy Man is a… 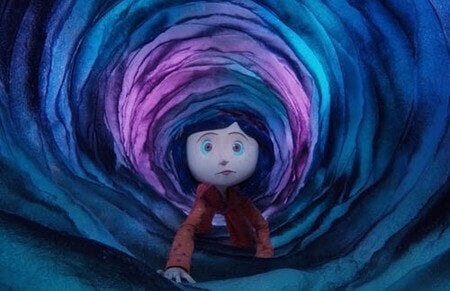