How Long Does it Take to Form a Habit?

It may take over 60 days to form a habit, but if you really want it, it's well worth the effort. 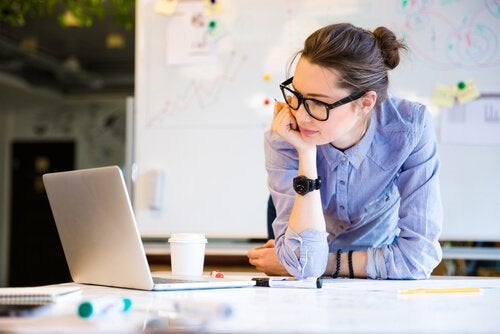 How can you form a new habit? How long does it take to form a habit naturally? Can any behavior potentially become a habit? Does it take the same amount of time to form different habits? In this article, we’re going to answer all of your questions regarding what you need in order to form a habit.

All of us would like to incorporate healthier routines into our daily lives. For example, you might want to quit smoking, start eating healthy foods, or start exercising regularly. However, you might find yourself losing motivation after a few days and quitting.

You need to make an effort in order to form a habit. You have to make your body or your routine adapt to the new behaviors that were previously unknown to you. That’s why the keys to forming new habits are consistency and perseverance. These are your best weapons against the temptation to give up when things get tough.

The first step to forming a habit is identifying what you want to achieve. If it’s something you really want and feel motivated to get, it’ll be a lot easier to get started.

“The difference between the possible and the impossible lies in a person’s determination.”

How long does it take to form a habit?

In 1960, plastic surgeon Maxwell Maltz stated that 21 days were needed to form a habit. Later research has discovered that neurons are unable to completely assimilate new behaviors in this time frame. If you use 21 days as a foundation for your habit-forming, you run the risk of giving up if you can’t do it in that time.

“Any man could, if he were so inclined, be the sculptor of his own brain.”

In later studies performed at University College London, researchers discovered that, on average, you actually need 66 days to form a new habit and make it stick. They also discovered that not doing a habit for a day isn’t harmful to your long-term goals.

In order to form a habit, you have to practice it frequently at the beginning. Practice time will vary according to the behavior you want to make into a habit. It also depends on how familiar the activity is to you. Something completely new and very different from what you’re used to may require more time. On the other hand, something that’s familiar and easy for you may not take as long.

How to keep a habit

The first thing you need to do is develop an action plan. This requires setting short, medium, and long-term goals for yourself. That’ll help you avoid the tendency to quit at the first chance you get. Instead, you’ll be more likely to keep at it as you see you’re meeting the goals you set for yourself. The plan should also include the time during the day you intend to practice the habit. Well-defined and well-organized plans will be much easier to follow.

You also have to ask yourself why you want to form said habit. Visualizing your future after reaching your final goal or seeing some positive changes from the new habit may keep you motivated. That way, you won’t forget what initially made you decide to take on this new path. Keeping these things in mind will make it easier for you to make the new habit stick.

Don’t let yourself be defeated by procrastination. By that, we mean that you shouldn’t leave for tomorrow what you can do today. The sooner you get started, the sooner you’ll reach your goal. Forming a habit requires constant discipline and work. You’ll certainly be able to push through if you feel passionate about what you want to achieve.

So what are you waiting for? Start forming healthier habits today!

Intelligent Discipline
Intelligent discipline can be defined as discipline that allows people to adjust to healthy norms and standards in a conscious way Read more »
Link copied!
Interesting Articles
Psychology
Emotional Blackmail and How it Harms our Kids

Psychology
How can I get Others to Respect Me?

You can't get others to respect you if you don't first have a clear idea of what respect even is.…

"The human heart is an instrument of many strings; the perfect connoisseur of men that knows how to make all of…