Living in the Country: A Healthy Option

Although living in the country has advantages, it isn't for everyone. This is a growing trend, which is now even more accessible thanks to the Internet. 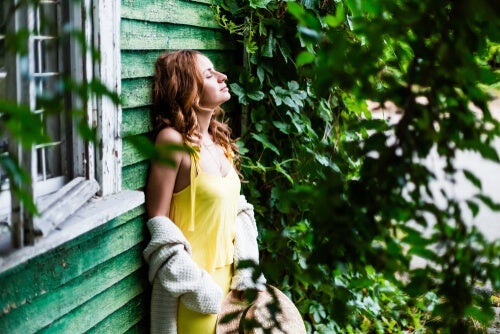 For at least a decade, many people have considered the idea of living in the country. One of the big reasons is the pollution in big cities, as well as the fast-paced lifestyle and stress that come along with city life.

Additionally, during 2020, it became clearer than ever that living in a rural environment with low population density has advantages when it comes to issues like pandemics. During these times, most cases occur in big cities.

As a result, more people are considering living in the country now. There are clear advantages to the rural environment, but you can’t ignore some of the limitations. In addition, not everyone is able to adapt to this kind of environment. Thus, you should be careful about making this choice.

The advantages of living in the country

Many people have already stopped dreaming of living in a big city. Likewise, others who were born and raised in a huge city are fed up with city life. The idea of living in the country is catching on. Why? Here are a few reasons:

The difficulties of living in the country

In addition, someone who’s very socially active might not know what to do in a rural setting. Also, anyone who lives in the country must connect with nature. Thus, if you aren’t a fan of nature, it might be best for you to stay in the city.

Does Nature Relieve Your Stress?
What is it that makes us want to spend time in the great outdoors? Is it possible that nature helps relieve your stress? Read on! Read more »

Wellness
Fleeing Is Never the Answer

The thought of fleeing is often the form through which people seek to feel safe. We want to get away from what hurts, overwhelms and corners us. However common this desire…

In your day to day life, things happen that affect you and are out of your control. The way you react…

Verbal violence is one of the most harmful forms of aggression. On one hand, words have the power to leave…

Wellness
Family is the Greatest Treasure

Family is the greatest treasure, and family gives us our place in the world. We are real, and we all make…