The Life of Franz Kafka

Franz Kafka's personal life was as "Kafkaesque" as his writing. He was an unusually sensitive writer who was able to capture the anguish of this day and age with honesty and depth. 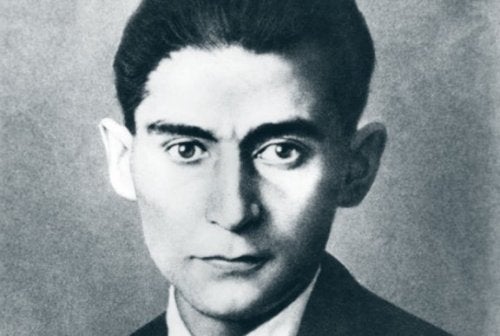 At the end of the 20th century, a poll asked people to choose who they believed was the most important writer of the millennium. Franz Kafka, the child of Shakespeare, Goethe, and Cervantes, won by a landslide. Kafka touched humanity more than any other author.

Kafka’s influence is so great that the term “Kafkaesque” exists in several languages. It refers to absurd, oppressive, and upsetting situations. He was one of those writers capable of creating a literary world with its own atmosphere and unique codes. In his world, the logic is both convincing and poetic.

“Poetry is always an expedition in search of truth.”

One of the most remarkable aspects of his writing is its intellectual honesty. Franz Kafka wasn’t a rhetorical or pretentious writer. In fact, Kafka himself asked his friend Max Brod to burn all of his writing. Fortunately, Brod didn’t do it, and it’s thanks to him that we’re able to enjoy Kafka’s masterpieces today. Kafka didn’t become famous through good marketing or a wealthy sponsor. He’s famous because of the unique quality of every line he wrote.

Franz Kafka was born on July 3rd, 1883 in Prague, in what is now the Czech Republic but at the time was part of the Austro-Hungarian Empire. His father, Hermann, came from a family of butchers. He was a self-made businessman and had a well-paid job when Franz was born. His mother, Julie, came from a wealthy family. She was better educated than her husband, but she had little influence on her own children’s education.

Kafka was the oldest and had five siblings. Two of his brothers, however, died before their first birthdays. Franz and his three sisters survived. Maybe that’s why his father was especially authoritarian and harsh with Franz. We know that Franz’s relationship with his father was troubled, as he’s a prominent and recurring feature in his written work.

Franz Kafka studied in two important and demanding Jewish schools. He started writing at the tender age of thirteen. We don’t have records of much of his early writing, however, because young Kafka burned most of it. He was a member of an anticlerical group called Free School Group. There, he started to read about philosophy, socialism, and atheism.

Kafka started college as a chemistry major, but he quickly realized that it wasn’t for him. Thus, he decided to change majors. However, his father made him study law even though Franz didn’t want to. It was during his university years that he met his friend Max Brod. Kafka and Brod remained close friends until Kafka’s death.

After graduating, Kafka worked in several law offices. Later, he got a part-time job at an insurance company. There, he was barely able to make a living, but he had enough time to do what he loved the most: write. That’s why he kept working there until 1917 when he got tuberculosis. The story goes that he may have contracted the illness because he liked to drink unpasteurized milk.

During those years, Franz Kafka had tumultuous relationships with the women who came into his life. His romances often began through letters, and then ended suddenly without explanation. Kafka was a complex person with complex relationships. For example, he could never get over the fact that his lover, Felice Bauer, reacted with indifference when he showed her The Metamorphosis.

From 1917 until his death. Franz Kafka was in and out of hospitals. He lived in Germany from 1920 to 1923 in an attempt to distance himself from his family. However, a serious case of pneumonia forced him to return to his parent’s house in 1924.

Franz got worse once he arrived. He was admitted to the hospital again and his tuberculosis spread to his larynx. His throat condition made it too painful to eat and, after a few weeks, in June of 1924, Kafka died. He was only 41 years old.

Franz Kafka left behind many short stories and several novels. His most famous ones are The Trial, The Metamorphosis, and The Castle. He also left behind beautiful testimonies in the form of letters to his sister Ottla, Max Brod, and Felice, among others. His legacy will influence many generations to come.

Certain working conditions can raise anxiety and stress level. What's curious about this is that, although a workaholic also suffers from that, they feel irritated when they're not working. A workaholic…

Culture
Dharma, a Path Toward Truth and a Meaningful Life

Few words have such a wide and complex semantic field as the word Dharma. However, all its meanings come together…

“Dear Green Bathing Suit Girl” is the viral letter that tells us that it does not matter what we are like. It doesn’t make a difference if we are characterized…