Leonhard Euler made many discoveries and contributed so much to the fields of mathematics, physics, and astronomy. Learn more about him here! 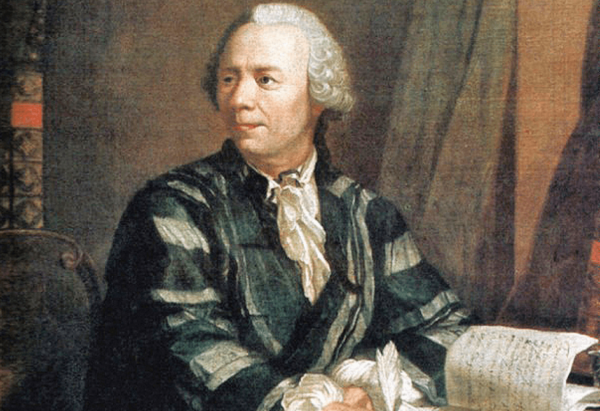 Our collective memory probably doesn’t do justice to Leonhard Euler, one of the most brilliant minds of all time. He was the most important mathematician of the 18th century, and arguably the most renowned in history.

Although Euler was a mathematical genius, that wasn’t his only field of expertise. He also dabbled in physics, astronomy, philosophy, literature, and even classic languages. Experts estimate that a compilation of all his work would fill about 80 volumes.

“Mathematicians have tried in vain to this day to discover some order in the sequence of prime numbers, and we have reason to believe that it is a mystery into which the human mind will never penetrate.”

While Euler is most famous for the number e, or Euler’s number, his contributions are many. In fact, the depth and breadth of his research and discoveries were such that they had to stop naming things after him to avoid confusion. In fact, even an asteroid and a moon crater are named after him.

Leonhard Euler was born in Basel, Switzerland, on April 15th, 1707. His family was deeply religious, a fact that marked him for life. He was the oldest child and had two younger sisters, Anna Maria and Maria Magdalena.

When he was a small child, his parents sent him to live with his grandmother to further his education. From a very young age, he had an astonishing aptitude for math, which he practically taught himself by reading books on the subject. When he was only thirteen, he enrolled at the University of Basel. At age 16, he graduated with a Master’s in Philosophy.

By then, he had already made contact with Johann Bernoulli, a friend of the family and the most renowned mathematician in Europe. Bernoulli was the one who persuaded Euler’s father to let him study mathematics instead of theology.

At the tender age of nineteen, Euler, who by then knew Greek and Hebrew, graduated with his doctorate in mathematics. That same year (1726), he published his first scientific article. In 1727, he entered a competition organized by the French Science Academy, which challenged participants to find the best position for the mast on a ship. Euler came in second place that first year but went on to win first place 12 different times.

His goal was to become a physics professor at the University of Basel. The former holder of that title had died, and the position was open. As part of the application process, Euler wrote an article about acoustics that’s become practically a required physics text. However, they didn’t choose him for the post, perhaps because he was extremely young.

Bernoulli, his mentor and benefactor, helped him get a position as a professor in Saint Petersburg, Russia. He started in 1727. Just two years later, the city’s Academy of Sciences elected him as a member. During this time, he also worked as a medical lieutenant for the Russian Navy.

Recognition of his genius

In 1733, Leonhard Euler finally became a head professor in Saint Petersburg. The next year, he married Katharina Gsell. The pair had 13 children, but only five survived. Euler often said that some of his most important discoveries were made with a baby in arms or children playing at his feet.

In 1735, he came down with a strange fever that robbed him of his vision in one eye. He came very close to dying but eventually recovered and continued his prolific work. By 1740, he was famous across the continent and Frederick the Great invited him to join the Berlin Academy of Sciences.

While he was there, he was hired as a tutor for the king’s niece and wrote the now famous Letters to a German Princess. This was widely popular during Euler’s time in Europe and North America. Euler lived there for 25 years, but his relationship with the king deteriorated over time. King Frederick called Euler “Cyclops” and considered him to be too vulgar for court.

In 1766, Leonhard Euler decided to return to St. Petersburg. He went completely blind shortly thereafter, but that didn’t slow him down as much as it would have an ordinary person. Euler had an extraordinary memory. People say that he could recite Aeneid word for word. This incredible ability allowed him to continue his work in spite of his blindness.

His children were also part of the reason he was able to keep working. Thanks to his genius and their help, he completed more than half of his writings as a blind man. His wife died in 1773 after 40 years of marriage. Euler married again three years later.

At 5:00 p.m. on September 18, 1783, Leonhard Euler collapsed after having lunch due to a brain hemorrhage. “I’m dying,” he said just before losing consciousness. He passed away just a few hours later. Euler’s legacy lives on his important contributions and his face appears on Swiss bills and stamps. There are even seven streets in the world named after him. Without a doubt, Euler was one of the most brilliant minds of all time.

Leonardo da Vinci: A Renaissance Visionary
Leonardo da Vinci kept his private life to himself. He even filled his journals using mirror writing in order to encrypt his thoughts. Read more »