Leon Festinger tested the decision-making process through an experiment. We'd like to tell you all about it today. 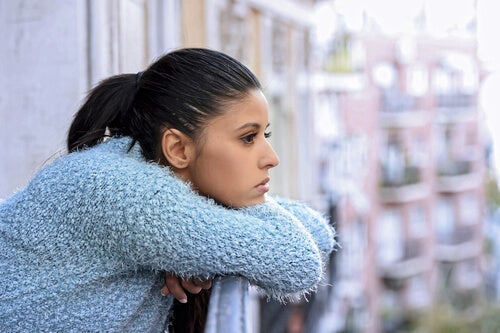 Cognitive dissonance is a sensation that seems to derive from a conflict between the ideas, beliefs, and values ​​of a certain subject and their behavior. Cognitive dissonance arises from incompatibility of thoughts that create a state of considerable discomfort in people.

According to Festinger, this tension forces the subject to create new ideas or skills to relieve tension. They’re often complementary to a subject’s belief system. This theory has to do with decision making. Thus, whenever we decide to do something that clashes with our beliefs, we deploy various strategies that relieve said tension.

“When there’s dissonance, a person will actively avoid situations and information that would probably increase such dissonance in order to try to reduce it.”

Leon Festinger, the creator of a revolutionary experiment

The theory is based on the fact that human beings are aware of their actions and that whenever we do something we don’t agree with, we must relieve the generated dissonance.

The cognitive dissonance experiment designed by Leon Festinger and his colleague Merrill Carlsmith in 1957 was conducted with students. It consisted of the following steps:

This is because cognitive dissonance occurred in those students who agreed to lie in exchange for a dollar. They had to convince themselves that this experiment was fun to relieve the internal conflict it brought about.

Why? Because the reward wasn’t good enough for them to feel comfortable with lying. When they justified their actions, they were a lot tenser than the group who received 20 dollars. The students who received more money were a lot more natural and unconcerned.

The conflict of lying

The cognitive dissonance experiment leaves us with several conclusions. Mainly, the twenty-dollar reward group knew perfectly well that the experiment was boring. Thus, this group could justify saying otherwise. However, it wasn’t so with the group who received one dollar. In that one, you could see how the subjects tried to convince themselves to be able to relieve the tension of an insufficient reward.

In a final stage, after lying, the lead scientist asked the participants if they really thought it was fun. In the twenty-dollar group, the subjects sincerely expressed that the experiment hadn’t been fun. Paradoxically, the group convinced by the inconsistency of the reward reaffirmed the lie and many expressed they’d be willing to do it again.

The results of cognitive dissonance

“A believer must have social support from other believers.”

It’s been 60 years since Leon’s experiment and the topic continues to raise questions and debates. For example, some propose it as a justification for defense mechanisms that manifest in various psychological conditions. In turn, it’s also used in the psychosocial analysis of criminals and people who justify their actions by hiding within a group or behind “we received orders”.

The power of conviction and the relief of guilt

The experiment also questions the tendency of human beings to find psychological and mental relief. The contrast between social norms and daily decisions makes us go through this unpleasant state more frequently than we’d like. The problem arises when, due to a desire to get rid of the tension, we end up adopting maladaptive behaviors.

In addition, knowing about cognitive dissonance can help you identify it when you’re afflicted by it. It can also help you gauge the influence that the information you obtain from your reference group has on you. Also, it allows you to observe how the norms that make it up condition your way of acting, thinking, or feeling.

Finally, note that cognitive dissonance confronts you with your values, making you update your way of acting and yourself.

Guilt is a complex feeling, influenced by many factors. You experience it as remorse, self-blame, and a feeling of personal indignity.…