"Leisurephobia" - the Modern Fear of Having Free Time 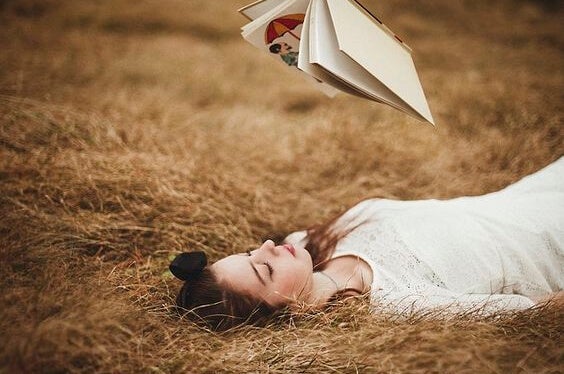 The word “ociofobia” was created by Rafael Santandreu, a Spaniard psychologist. It translates loosely into “leisurephobia”. It’s one of those contemporary problems which began gaining ground without the world even noticing. When people began to swarm psychiatric consultations with the issue of not knowing how to enjoy free time, we began to see a real concern. They were obsessed with their jobs or careers or used these activities to avoid problems they didn’t want to face.

Apparently, nowadays there are many people around the world who begin to feel a sense of panic when they are faced with free time. Or with time that doesn’t have some sort of event or activity scheduled into it. Or when they have completed everything they had to do and are left with a long period of time which, according to people who suffer from “leisurephobia”, doesn’t lead anywhere.

“Leisure will represent the most pressing problem, because it is very doubtful that man kind will be able to withstand himself.”
-Friedrich Dürrenmatt-

How is it possible that we have developed a fear of free time? Our parents and grandparents saw it as a gift, a privilege. Free time was a time for leisure or rest. In any case, it never roused aversion. The exact opposite –  free time was treasured and longed for. What has happened?

This all seems to indicate that boredom has acquired the status of a cardinal sin in our modern times. Those who suffer from leisurephobia also feel panic at the possibility of getting bored. This feeling seems intolerable to them and generates literal panic.

People who feel this way become desperate when they’re not doing anything. They see free time as a powerful threat. If we could draw out what they feel, it’s like they have a big black hole in front of them which threatens to pull them into an abyss.

Faced with free time, some fantasies which are not very defined also come into play. It’s as if these individuals have the feeling that something terrible is going to happen to them. As if the element of leisure is something unknown and terrifying which they would prefer not to have to confront.

The most notable symptom of those who suffer from “leisurephobia” is anxiety. This anxiety appears very intensely when these people find themselves in a slot of time where they haven’t programmed anything. When they have to face free time head on, or before a weekend in which they haven’t set up any plans. This feeling of anxiety can increase even more before vacations.

These people are strongly influenced by ideologies of efficiency and productivity. Above all else, their priorities are achievements and success, even before their happiness. The worst part is that they measure their achievements in quantitative terms, not qualitative. They can often be heard talking about how many tasks or chores they have performed or how many goals they have reached. Very rarely do these individuals mention the real quality or value of these feats.

It is also quite serious that this type of person often tries to transmit their style of life to their children. These are the types of parents who sign their kids up for every course or after-school class they can find. They want their children to speak German by the age of 10 and play piano perfectly by 13. However, they teach their children to be anxious as well. Unfortunately, these parents pass on the idea that any time not spent producing or learning is the worst of ogres.

Rafael Santandreu, father of the concept of “leisurephobia”, says that we need to learn how to be more bored. There is nothing wrong with it. There is nothing terrible about spending an hour staring at a wall and thinking about nonsense. Not only is there nothing wrong with it, it is also necessary. This brings balance to our lives. It’s good to work and to be interested in something. But it’s just as good to rest and be bored every once in a while.

Santandreu indicates that idle minds are much more productive. He even states that “the ideal proportion would be an hour of business and 23 of leisure.” Remember that lions hunt only once a week. And that Cervantes wrote Don Quijote in his spare time around Castile. His work as a tax collector paid no merits. Instead, the results of his free time produced a transformation of language and of the universal literature we have now come to know.

Hence, it would be good for us to recover our ability to gaze at landscapes as we stroll through a city. We need to slow down, to walk through life at a reduced pace. It is better to do fewer things with pleasure, than to do many things while stressed. It is better for us to dedicate this short time we have on Earth towards loving and creating, rather than writing up reports and meeting schedules. Luckily, it’s not a sin to do nothing. Boredom is not the plague. Actually, the complete opposite is true – doing nothing for a while makes us better people.

9 Tell-tale Signs that it’s Time to Rest
When we need to rest, our body usually lets us know. Ignoring these signals will not stop the problem;  it will actually make it worse. Read more »
Link copied!
Interesting Articles
Therapies
Resistance in Therapy: What to Do about It

Psychology
Frances Farmer, The Actress Who Ended Up Lobotomized

She was a different kind of woman. Maybe too bold for the 40's when all it took to be an…

Psychology
Why are Some People Obsessed with Accumulating Money and Possessions?

We all know stories of very wealthy people who've ended up ruining their lives because of their excessive attachment to money. Fraud, corruption, jail,…

To refer to the feeling of being in control of our lives, we use the term "sense of agency". Being…

Psychology
I Stopped Waiting for Trains, Now I'm the Engine

I’ve stopped waiting for trains with my name on them. Gone are the days of shattered hopes and dreams that…