What Led Andreas Lubitz to Crash the Airbus A320 in the Alps? 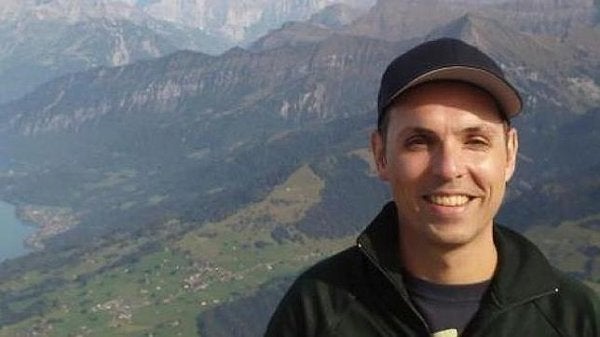 On March 24 of this year, the whole world was left breathless by an accident involving an Airbus A320 airplane in the Alps with 150 people and 5 dogs on board. This was a large-scale tragedy that caused an immediate stir in several countries while the population, expectant and their hearts crushed, looked for answers pertaining to the disaster.

It was then that the debate began over whether or not there should be security on cheap airlines and about the age of a plane that possibly should not have been in the air. All of us looked for thousands of reasons, thousands of origins in those sometimes-imperfect machines that form a part of our life.

Technology sometimes fails us; we know that. Accidents happen and the reason is almost always due to an oversight, an error, bad maintenance.

Few of us think about the fact that the culprit was not the “machine,” but the man. In this case, a young copilot that crashed the plane into the French Alps of his own volition, taking with him all of those who were on board.

How can we piece together these types of things? Human beings always need to find a reason, an explanation that justifies (if this is even possible) this type of inconceivable action. How can we explain these types of behavior: is it simply irrational, maybe an illness, or the simple act of doing evil?

What led Andreas Lubitz to crash the Airbus A320 into the Alps? Today, let’s analyze the possible causes, delve into all that information that they have been sending us in an attempt to find a reason “why.”

A pilot certified as “capable” but with psychological problems

Andreas Lubitz was alone in the plane’s cabin when suddenly, and of his own volition, he decided to press the descent button so that he and the rest of the passengers would lose their lives, crashing into the Alps.

According to the company Lufthansa, the Airbus A320’s copilot had been declared capable of doing his job; no one suspected anything and he was a perfect model of competence and professionalism.

However, a medical report has been found certifying that he was not competent or professional, that his psychological condition was not adequate to continue working. Lubitz was aware of this but, far from accepting it, he destroyed this report without the company ever learning of its existence, going to his job when in reality, he never should have done so.

According to the information that has been published, Andreas Lubitz suffered severe depression. This is justified by the fact that he was in the process of breaking up with his girlfriend, an emotional problem that might have caused this suicidal reaction.

Now, it can be deduced that these depressive disorders were constant throughout his life; he had already gone through something similar some time before, receiving treatment for an episode of severe depression.

Now, the question we must ask is the following: can severe depression bring a person not only to commit suicide, but also to cause the deaths of 150 people?

When speaking about depression, we must keep in mind that no psychological problem is the same in all people; that is to say, there is no “single” pattern that is easily identifiable. Oftentimes, there are various related disorders. It is possible that in lieu of a severe depression, he was suffering a psychotic depression. We do not know.

The reasons why a person may become depressed can be very diverse and complex, but there is always a feeling of losing control of their life situation and their emotions, as well as a very negative vision of the future. There is no hope. When these situations are magnified, they frequently give rise to suicidal desires.

In general, depression including these thoughts of suicide shows up in 15% of patients with this disorder. However, what is not common is for suicidal tendencies to result in homicides. That is to say, it is unusual for someone who wants to end their life to choose to “punish” more people as well and, additionally, people with no emotional relationship to them.

In the case of such a choice, we would be discussing an “extended suicide.” That is to say, these are situations when the person, in addition to ending their own life, wants to take the lives of innocent people as well. Their desperation and frustration are so far advanced that it is not enough to hurt themselves; they want to magnify their aggressive desires to include others as well. There is anger and a desire for revenge.

In the case of Andreas Lubitz, for example, we know that his great obsession was flying. His emotional problems had probably caused him to fall into a new depression, a process that was apparently latent in his psychological state and that had been enough of a problem in the past to postpone the receipt of his diploma.

Now, this psychological report concluding that “he was not competent for work and could not fly” was doubtlessly a deciding factor not only for his thoughts of suicide but also for those of revenge. This would be his last flight, and he would not be the only one feeling pain. Suffering was going to acquire increased dimensions, and without a shred of doubt, he got it.

Some experts explain that these incomprehensible acts are sometimes guided by the Amok syndrome, that is, a spontaneous and uncontrolled reaction to do harm to others, to kill in an indiscriminate way.

However, for many, the horrible crime that Andreas Lubitz committed could have been perfectly meditated. The Alps may have even had some meaning for him given that he is said to have had an important attachment to this landscape.

We always look for an explanation for events like the one that took place on the Airbus A320. We want to know and understand the reasons why an apparently normal man decides to end the lives of 150 people, although sometimes we must accept the irrational, like evil, that it exists and is there, always escaping our control. Unpredictable and insatiable, taking away what we most love.

Whatever the case may be, we send our most genuine support to the relatives, our heartfelt homage and respect to the victims. Rest in peace.