It doesn't matter how old you are, jealous friends exist at every stage of life. They're the friends who want your exclusive attention and time and get mad if you hang out with other people. But what's behind this behavior? 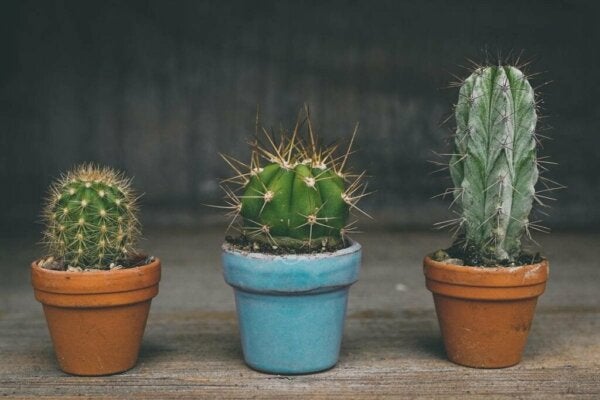 Jealousy among friends is fairly common. Sometimes it’s innocent, the result of emotions as human as they are normal. In other cases, it can be toxic. Jealousy can be the sudden trigger for misunderstandings and tension that can affect your friendship.

As 17th-century poet John Dryden famously said, “Jealousy is the jaundice of the soul”. Not only is it poisonous for the relationship (romantic or not) but it’s also harmful to the person who feels it. Nevertheless, from a psychological standpoint, it’s an understandable and fairly normal process. All of us have felt it at some point or another.

Knowing that a beloved friend has intimate relationships with other people can trigger pain and jealousy. This dynamic is very common in childhood, adolescence, and young adulthood. As people grow and mature, they tend to stop thinking of friends as “possessions”. Relationships become healthier and free of jealousy, resentment, and reproaches.

That being said, that kind of maturity doesn’t happen automatically with age. As an adult, you’ve probably dealt with a jealous friend at some point or another and you’re not alone. Codependent relationships are also possible between friends.

Molière said that he who is jealous loves more, but he who isn’t loves better. Jealousy distorts the concept of affection, appreciation, admiration, passion, and friendship. It causes problems and entraps everyone involved. Therefore, jealousy among friends involves some unique realities that people don’t talk much about.

We know that jealousy is very damaging to romantic relationships. But it can be equally bad for friendships. It’s important to keep in mind that jealousy isn’t the same as envy. Jealousy is the uncomfortable sensation of losing something valuable at the hands of a third-party. On the other hand, envy is all about wanting something another person has.

Let’s analyze the complex and unique phenomenon that is jealousy among friends.

Jealousy knows no age or gender. You can be jealous at any time and in any circumstance. In theory, mature adults should be able to have jealousy-free friendships, but that isn’t always the case. Here are some of the ways jealousy manifests itself in a friendship:

Children in elementary school don’t usually have the emotional maturity to handle these kinds of emotions. Hearing “If you do that, I’m not going to be your friend anymore” from a child is normal and developmentally appropriate. Saying things like that as an adult is neither appropriate nor healthy.

Causes of jealous behavior among friends

Psychology professor Peter DeScioli at the University of Pennsylvania conducted a study that looked at people’s interaction on social media. He wanted to know how we build our relationships, how we create alliances, and why conflict, differences, and jealousy happen.

The same occurs with adults. If your partner and family aren’t providing the structure and security you need, you might cling to a few close friends like a lifeline.

What should I do if I have a jealous friend?

Jealousy among friends can be problematic, especially if it manifests itself in possessiveness and hypervigilance. The best thing to do if you find yourself on the receiving end of this behavior is the following:

If the jealousy becomes too intense and starts to affect other parts of your life, you may have to take more extreme measures. Friendship should be full of understanding, trust, and freedom. It should be a bond that inspires you and helps you grow. If what you feel instead is coercion, maybe it’s time to end that toxic friendship. Think about it.

How to Make Friends as an Adult
When you're a kid, making friends often seems easy. But what when you grow up? How can you make friends as an adult? Read on to discover it! Read more »
Link copied!
Interesting Articles
Family
Teaching Kids to Eat Healthily