Emotional Maturity Can Come at Any Age 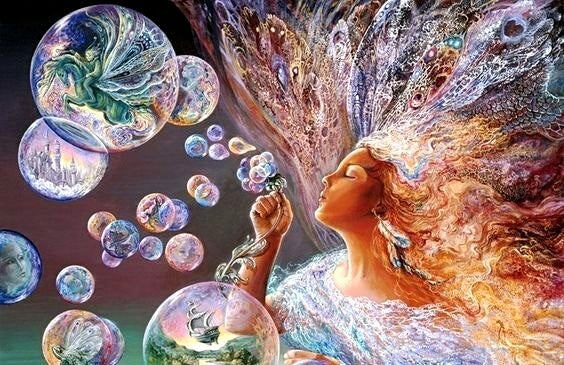 Emotional maturity doesn’t necessarily come with age. The world is full of adults who’ve been professionally success even though they have the emotional regulation abilities of a three-year-old. Emotional maturity is complicated and personal. It has to do with self-esteem, empathy, and respect.

Some people view adolescence as a carefree time of life, a time when it’s ok to be crazy. People just sigh and say, “oh well, they’ll grow up, they’re still young.”

Sometimes we forget that simply reaching adulthood officially doesn’t mean much. Adulthood doesn’t automatically endow you with emotional maturity, knowledge, or rightness. It doesn’t make you immune to mistakes, protected from frustration, or an expert in relationships.

“Maturity is achieved when a person postpones immediate pleasures for long- term values.”

This erroneous approach to adulthood might actually come from the word “maturity” itself. We all assume that the brain goes through specific stages of growth.

We think as we get older, each part of the brain develops until finally culminating in the perfect, natural feat of engineering that is the prefrontal cortex, the area of the brain responsible for decision-making and planning and orchestrating social behavior.

But as cognitive neuroscience explains, the brain is continually developing. A study in the Journal of Neuroscience explains that many association fibers of the brain’s white matter never stop growing. These are associated with cognitive tasks. But only if you maintain an active lifestyle, keep a curious perspective on life, and stay social.

We’re just trying to say that emotional maturity doesn’t just show up when you turn 30 or 40. The plasticity and potency of the brain rely on early and continuous learning and interaction.

It’s in the “cheerful nonsense” of childhood when emotional management should be taught. If that happened, we wouldn’t have middle-aged adults reacting like four-year-olds.

We all try to look emotionally mature

We all present ourselves as mature, competent, and successful. Don’t you want to look good in front of others? Society requires us to have all kinds of abilities and capacities.

But that doesn’t mean that they’re bad people. They’re just men and women who are incapable of being happy or  spreading happiness. They don’t know how to create productive, functioning environments.

According to experts, there are a few reasons for this. One traces back directly to childhood, which experts have much more information on now than previous generations.

Most people grow up managing thousands of stimuli, data, and reinforcements. At home and at school they have to learn skills and get prepared for the job market, and society in general. And this part works.

The problem is that we “fill” their minds, but we don’t train their brains in the one of the most important skills of all: emotional maturity. Let’s make it clear once and for all: there’s no point in learning things if you don’t know how to work in a team or handle frustration.

Emotional maturity doesn’t come with age, but it can be encouraged at an early age. It also doesn’t come with damage. That is, you don’t have to go through a ton of adversity to know what life is or to be a strong person.

There’s really no normative starting point or trigger that gives you the ability to be empathetic, reflective, assertive, or skilled at conflict resolution.

“I have lived a great deal among grown-ups. I have seen them intimately, close at hand. And that hasn’t much improved my opinion of them.”

Emotional maturity is a daily investment, a continuous awakening. To do that, you must develop habits and strategies, but they’ll only work if you carry them out with willpower and humility.

How to develop emotional maturity

Here are a few key points to help you develop emotional maturity:

It should now be clear that maturity doesn’t come with years, but with what you’ve learned in the years you’ve lived, whether you’re 20, 30, or 70. Swap instant gratification for long-term values, and get to know yourself and your emotions.

Today, we're going to talk about the sensitive points that most people share. These "emotional buttons" will affect many aspects…

Wellness
Daughters of Narcissistic Mothers: A Bond Made of Selfishness and Coldness

The daughters of narcissistic mothers grow up under a threatening female shadow. The main characteristics of this kind of upbringing are…

In today’s society, there is a very widespread idea that trauma is the only thing that leaves its mark on…

Wellness
Let Go of the Past and Embrace Your Present

You have to open the windows. We must take out and discard the bookmarks we left in the middle of…

Wellness
The Most Beautiful People I Know

The most beautiful people I know are the ones who have face life with all its hardships and injustice.  They're…