James Harrison, the Man with the Golden Arm

The story of James Harrison is absolutely wonderful. When you read about him, you'll realize that true heroes really do exist. In fact, thanks to this man's generosity and commitment, millions of babies, who would previously have been at risk of severe illness, have all been born healthy. 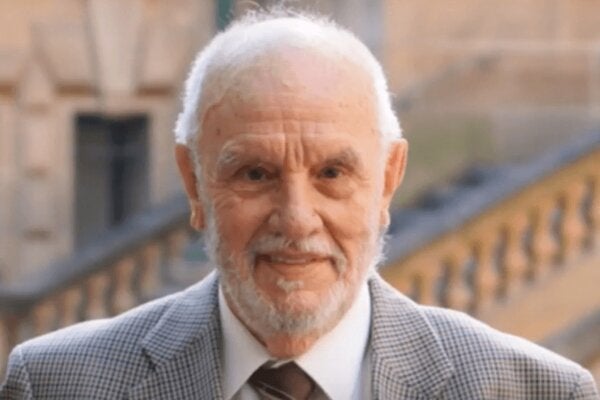 You might not recognize James Harrison. However, he’s a flesh and blood superhero who’s still alive and has helped save the lives of more than two million babies around the world. People call him “the man with the golden arm”.

His story is amazing. He was born in Australia in 1936 and had a very ordinary childhood. However, when he was 14, he suffered a serious illness. As a result, he was admitted to a clinic and had a lung removed. He survived, thanks to anonymous donations of 13 liters of blood.

James Harrison stayed in the hospital for three months. When doctors told him about the transfusions that had saved his life, naturally, he felt deeply grateful to those anonymous donors.

For this reason, he promised himself that, as soon as he was old enough (18), he’d become a donor. This article tells you the fascinating story of this ordinary man who became a hero.

James Harrison and an astonishing discovery

Ironically, James Harrison had a real fear of needles. However, he’d made a promise which far outweighed any fear. True to his word, when he came of age, he became a donor. He began donating blood regularly and claimed that, despite the frequency of his donations, he was never able to look at his arm when the needle was inserted.

Ten years passed and Harrison continued with his donations. However, one day, he was contacted out of the blue by a group of doctors. They told him that they’d discovered his blood contained a special type of immunoglobin that very few people possess. For this reason, he was asked to give permission for his blood to be tested.

This particular antibody in his blood was so important and valuable that James Harrison was assigned life insurance in the sum of one million dollars. Nobody knows why his body produces immunoglobin. However, Harrison thinks it’s due to having had so many blood transfusions when he was 14.

A hope for babies

Why is James Harrison’s blood so special? As a matter of fact, it’s because the antibody he naturally produces prevents hemolytic disease in infants. This disease occurs when a mother has Rh-negative and her baby has Rh-positive blood.

This incompatibility causes problems during the mother’s pregnancy. In fact, it usually gives rise to rhesus disease in children. The disease produces severe symptoms and can lead to anemia or even deformities. In the worst cases, it can result in death.

Immunoglobin, which is highly concentrated in James Harrison’s blood plasma, is an antidote to this problem. By removing the immunoglobin from his blood, injections can be made that are then given to the mother during pregnancy, which eliminates risks to the baby after birth.

The man with the golden arm

When they discovered that James Harrison had such a special condition, scientists asked him to donate blood more often. Harrison, who still had to close his eyes when his blood was taken, agreed gladly. In fact, he began donating blood every three weeks and continued to do so for 57 years. Based on his plasma, scientists developed RhoGAM. This is a medicine that prevents the effects of blood incompatibility between mother and child.

Through Harrison’s blood donations and the medicine developed from his plasma, around 2.4 million children’s lives have been saved. “The Red Cross and Australia will never be able to thank James enough,” said the Australian spokesperson for the Red Cross, when Harrison made his final, 1,174th, donation.

For medical reasons, he was unable to make any more. In fact, if he had done he would’ve been putting his life at risk. However, in recognition of all his selfless support, the government awarded him the Medal of the Order of Australia.

Harrison, for his part, was happy that he’d saved so many lives. In fact, among them was one of his daughters and his granddaughter. He stopped donating when he was 81.  This superhero has prevented the deaths of millions of babies. In addition, he has helped prevent miscarriages, brain deformities, and numerous associated long-term effects. Long live this amazing man.

The Greatness of Good-Hearted People
Good-hearted people have such big hearts that they're able to share them with the people they love most. Read more about them here! Read more »
Link copied!
Interesting Articles
Biographies
Jiddu Krishnamurti: Truth is a Pathless Land