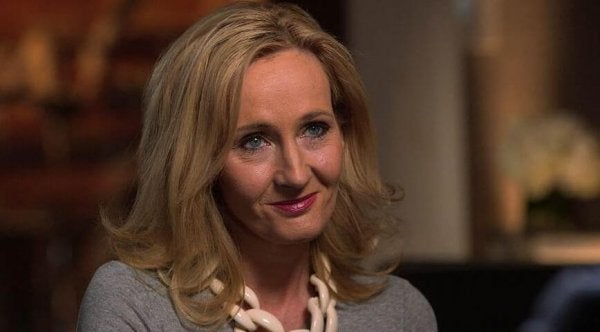 Most of you won’t need any introduction to a  J.K.Rowling. Yes, Ms Rowling, the famous writer of the novels that have thrilled and enthralled the youth of more than a generation. A theme of her books is discovering love through mistakes.

And even more so when it comes to a writer, since many of them, without being able to avoid it (or maybe not trying too much to avoid it), have the tendency to include part of their own personal experiences in their stories.

“I tend to use meaningful dates. When I need a date or a number, I use something that is related to my own personal life. I don’t know why I do that, it’s a habit. Harry’s birthday, for example, is mine. The numbers and dates that appear in the books are related to me”

These biographies are often loaded with errors. In fact, I recently heard a writer – whose name I do not recall – say that if anything had taught him his profession it was his ability to “shoot”. That is, to shoot bits of paper into the waste basket whenever what he had written on them was not of any use. He accepted this as part and parcel of his work.

At the end of our lives we will surely have a basketful of errors, and it doesn’t matter if we accept it: it’s a law that is written into our human condition. I’m not speaking of errors that are objective mistakes, but of errors that really do feel like errors

The first steps in a project are modest ones

You may wonder why on earth I started this article talking about J.K.Rowling. Well, I did it because of a speech she gave at the end of the academic year at Harvard University in 2008, which has served as inspiration for what I’m about to say. She described what had happened a few years earlier in her life and declared that she had:

“…failed on an epic scale. An exceptionally short marriage had exploded. I had no job, was a single mother and as poor as one can be in modern Britain without being a beggar”

We all love those positive stories of people overcoming tremendous difficulties in their lives. It seems, in the case of J.K. Rowling and the way she talks about her past, that without that failed marriage and without that crisis, Harry Potter would almost certainly not exist. She claims that her intention when she started Harry Potter was not to achieve the success she enjoys now, but to escape, clarify her ideas and somehow sort out her life.

She thinks that dreaming big often requires large investments, and more so when surrounded by all that propaganda that tells us that if we do not have this or that item then we will not achieve what we want. We won’t be so attractive, so successful, so popular…

In addition, starting with modest ambitions and investments makes us able to assume the cost of the mistakes that we may make. It allows us to have a margin of error in case we have to delay or put the project on hold for a while. If we have not based our whole life around that project then taking a break from it and seeking some “fresh air” will be considerably easier.

The fear of failure

The fear of failure can be a crippling, but also a motivating spell. Whether it is one or the other depends on several factors. Perhaps the first is self-love. A person who recognizes and respects himself will depend on that when there are currents that try to drag him to the bottom. The person who thinks he has nothing to salvage will give up and not even hitting that rock bottom will serve to propel him to the surface again.

It also depends on the people that surround us. Curiously, in Harry Potter, there is a paradox that is invariably repeated in all of us: a certain tendency to loneliness has to co-exist with the need to relate to others, being the social animals that we are. It is failure, or the threat of it, that teaches us who we can rely on. Those are the people who stay with us, whether they agree with us or not. Their love is not conditional on our hopes or on what we have, but on who we are.

If you want to achieve something, you will have to take the first steps on your own

They say that most teenagers feel misunderstood…and most university students, most young workers, most middle-aged workers, most older workers and most retirees. The fact is that very few people find someone to support them when they decide to follow a set goal. In the case of teenagers, it is usually their own parents who manifest this lack of understanding. Rowling experienced this lack of understanding in her own life when her parents rejected the idea of her studying English Literature instead of modern languages. She does also say, however, that “there is a time when you have to stop blaming your parents for leading you in the wrong direction”. Reaching this moment is, in itself, an exercise in maturity, since it teaches us to stop blaming others, in this case our parents, and to start to assume responsibility for our own actions.

These failings in an immature person, characterized by impulsiveness, can endow them with wisdom. The failures also give a dimension to our achievements, either because we have slipped from those achievements or we feel we are about to. There are many people who are not aware of their achievements until they feel that they may lose them or that they are actually lost.

Finally, failure leads us to moments of crisis where the most important things in life are revealed in all their strength. What are those important things? Nothing more and nothing less than what we already have…and what we have is ourselves, and what we have learnt through our ups and downs. So, when you fail, don’t close your eyes – we shouldn’t be filled with sadness or a feeling of abandonment, we must have the faith to rise again, enough for the sun’s rays to reach us again.

When you fall, try to break as few things as possible, but above all protect your self-esteem. It will be that and nothing else that will set you in motion and prevent you from being stopped in your tracks.

“I was free. My greatest fears had been realised and yet I was still alive. I still had a daughter whom I adored, a typewriter and a great idea. And then the rock of the ground became the foundation upon which I rebuilt my life”

Learn from Your Mistakes
﻿We've all made plenty of mistakes throughout our lives: ﻿relationships with people who didn't treat us well, decisions at work or in our personal lives . Read more »
Link copied!
Interesting Articles
Literature and Psychology
Lewis Carroll, the Life of the Creator of Alice In Wonderland