Isolated Brain - Living without a Body

Can a brain have a life of its own after the body stops working? Neuroscientist Raquel Marín talks about two investigations that invite us to reflect on it. 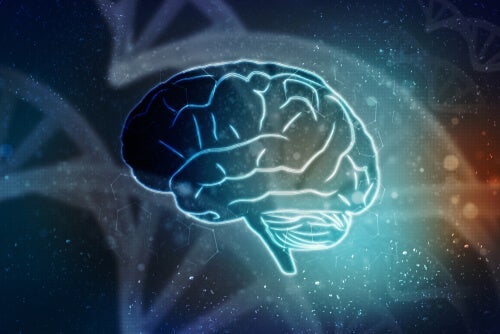 Recent studies made us question whether an isolated brain can have a life of its own after the body dies. Can it be alive on its own? Let’s find out.

Our brain is the “operating center” of our body, it manages most of the conscious and unconscious functions we perform. We can’t have a transplant, at least not yet.

Neurons stay alive after you die

An investigation conducted by laboratories in Berlin in conjunction with other research centers in the United States studied the activity of neurons in people with irreversible brain damage who had just been taken off life support. In other words, they were clinically dead.

The scientists observed that, as expected, neurons ceased their function due to lack of oxygen. However, the amazing thing was that, even without oxygen, neurons resumed a certain activity (called dispersal depolarization) that lasted for a while without causing irreversible damage to neurons, even though there was no oxygen. Subsequently, a critical situation ensued and the damage was irreversible.

This finding indicated that neurons remain alive even in the absence of oxygen for a fairly long period of time, despite the fact that electroencephalogram records didn’t show signs of brain activity and the heart had stopped beating forever. We’d like to give you some information that might lead you to reflect on the limits of life beyond death.

“Don’t believe everything you think; thoughts are just thoughts.”

A new study published in the journal Nature kept disembodied pig brains alive. The researchers removed some brains from slaughtered pigs and placed them in a system that allowed nutrients and oxygen to be maintained through the cerebral blood vessels for four hours.

Six hours later, they observed how the neurons recovered their metabolic functions, consumed sugar, and the immune system began to work again. Subsequently, they could even electrically stimulate the neurons and these recovered their ability to communicate with each other.

They wondered: could a brain revive after cardiorespiratory arrest and indirectly recover body activity? Could this mean humans will be able to transplant brains in the near future?

A fascinating feature was to observe that the behavior of neurons in the brain didn’t happen simultaneously. This would indicate that neurons act autonomously regardless of the selective stimuli. That is, they recover a certain “consciousness”.

The researchers ended the pig isolated brain activity after six hours due to ethical issues. They didn’t intend to resurrect consciousness, but to obtain a complex study model on which to analyze the effects of drugs or other treatments on brain activity.

However, their research opened a debate about where awareness begins beyond the death of an individual. Most countries consider that a person is legally dead when their heart and lung activity stops. The brain needs a huge amount of oxygen, blood, and energy, so we used to think that resurrecting it wasn’t feasible.

Can an isolated brain resurrect after cardiorespiratory arrest and indirectly recover body activity? Is there a chance of performing brain transplants in the future? These fascinating questions are now open to debate.

Brain Plasticity: Characteristics and Types
In this article, we're going to tell you all about brain plasticity, from its basic characteristics to the different types. Read on to learn more! Read more »
Link copied!
Interesting Articles
Brain
The Moral Brain: The Neuronal Basis for Ethics and Human Values