Is it Possible to Change Attachment Patterns we Learned as Children? 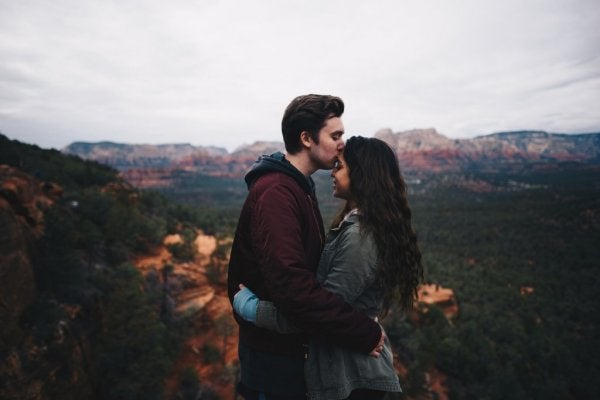 You might define attachment as a bond between two people that makes them want to stay together, physically and over time. Humans create this union in the first months of our lives with our primary caregiver. The type of relationship we have (attachment pattern) emotionally guides us in later relationships.

Psychoanalyst John Bowlby dedicated his life to studying attachment. He believed that the process begins very soon after birth. However, it isn’t until babies reach approximately 8 months that the first bond forms between the babies and the caregivers.

“We believe that it is essential for the mental health of the baby and young child to experience a warm, intimate, and continuous relationship with the primary caregiver with whom they find satisfaction and enjoyment.”

Attachment gives us our first idea of what is around us, and it is an idea we deeply internalize. Unless we learn other patterns later, this will basically be the way that we relate to those we love.

Can you change your attachment pattern?

The first attachments are very important because they allow the formation of safe bonds and foster the physical, social, and emotional health of the baby. Sometimes, babies aren’t able to form the proper attachments. That means that they will have to do it in the future, with their peers or first significant others. Then, the image they have of relationships and bonds will take on a new meaning.

That’s why it is possible to change attachment patterns. To do this, you have to look for new relationships that show you that the bond, trust, or relationship with the other person is different from what you expected or anticipated.

The importance of attachment throughout life

Internalizing an attachment pattern that reinforces our relationships and makes us feel safe, will help us feel secure in our relationships. We will have people close to use that we can open up to, whom we can trust. They can help us on a deeper level because we will have better communication.

It’s much easier to establish healthy attachments from the beginning. If your first attachment isn’t positive, it can be hard to change later. In fact, if you want to help someone else change their pattern, you have to be extremely patient. If you want to change your own, you have to dedicate time and resources to get the tools that you need.

Once attachment patterns are established, they become self-fulfilling prophecies.   In other words, if you feel like you live in an insecure world, you will always filter out the things that confirm your hypothesis. You need less proof to reaffirm what you already believe. In addition, if you don’t trust other people, that makes it harder for people to trust you. It can also make it easier for ill-intentioned people to identify you as an easy target.

The parents or primary caregivers have the responsibility to create these first bonds. As much as possible, they need to try and follow the model of secure attachment. Later in life, we are all responsible for the relationships that we have. We have to analyze them and make the changes that we need to make. Change is possible, as impossible as it might seem at first.

Secure Attachment: The Strength of a Healthy Bond
Doing your part to ensure your children have a secure attachment protects their mental health. In fact, it will save them from all kinds of problems Read more »
Link copied!
Interesting Articles
Psychology
The Mother Hen Syndrome

Most mothers want the best for their children. Only in exceptional cases, which usually involve serious diseases, does this not apply. The problem is that many mothers confuse what is…

Psychology
The Pain of Those with No Name

Let's talk about the pain of those who have no name, only a label. Who have the scarlet letter of…

Rights exercised by assertive people are based on loyalty to themselves and respect for others. It is a foundational exercise of…

Maintaining your inner balance is a very important part of leading a healthy life and achieving that state of happiness that everyone desires. In fact, happiness, more than a state of maximum exaltation,…

Psychology
Without Boundaries, You Won't Hear Thank You or I'm Sorry

Don't set boundaries to your suffering. Stretch it so far that it extends down the whole highway, only to turn back around…

Psychology
Evildoers Always Think the Worst of Others

Nobody is more loyal and faithful than a jealous person. One can be unfaithful in desire alone, without actually going…